Who doesn’t love to laugh? We all know the old proverb: Laughter is the best medicine, right?

I recall hearing a statistic once that babies and children laugh, on average, hundreds of times a day; whereas, adults only laugh enough times to count on their fingers and toes (assuming they have close to all twenty).  Isn’t that sad?

You can fake an orgasm, but you can’t fake laughter. ~Bob Dylan

When people are laughing, they’re generally not killing each other. ~Alan Alda

One of my favorite board games, Whatzit, has a “Wicked Whatzit” card perfect for The Titter Factor:

Have you figured it out? This game will drive you mad!  Hang tight; the answer is at the end of the post.

We personally love to laugh in our household, and lately we have the tendency to watch funny movies over any other kind (well, besides horror).

What’s the first movie that made you laugh your butt off?  Forget about the cartoons, etc; what’s the first comedy you remember falling in love with?

For me, it’s Caddyshack.  Granted, as a child, I thought the movie was funny because of the laughing and dancing gopher, and the floating “doodie” in the pool (right, right, it was a Baby Ruth candy bar). 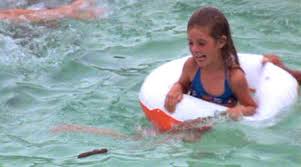 But now as an adult (and I only admit that on rare occasions) I have a deeper appreciation for the humor behind the fabOoolous performances of the great comedic actors (Rodney Dangerfield, Bill Murray, Chevy Chase, Ted Knight, and Michael O’Keefe just to name a few) and the fabOoolous writing of Harold Ramis, Brian Doyle-Murray, and Douglas Kenney.

Last year, the Biography channel aired Caddyshack: The Inside Story and filled the two-hour episode with tons of fun facts about the production behind one of the best comedies of all time. 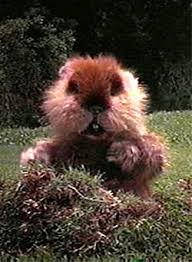 C’mon, are you singing “I’m Alright” by Kenny Loggins this very second?  You’re wiggling around in your chair doing the Gopher-Dance too, aren’t you? I thought so!  Me too….

What’s your favorite Caddyshack moment?  Which actor do you feel stole the show? Did you ever pull the “doodie” trick on anyone in a swimming pool near you?  Which of the movie-fun-facts listed above surprises you the most? What other comedies would you like to see on The Titter Factor?  I’d love to hear from you!

Now for the answer to the “Wicked Whatzit” card…make sense now?