This week, my partner Amber West and I change things up and instead of talking about the same network, we switch over and review two police dramas currently airing on TNT and Lifetime.

First up: Memphis Beat on TNT starring Jason Lee ( from My Name is Earl, and Kevin Smith’s hit movies such as Mall Rats, Chasing Amy, and Cop Out in addition to the motion picture adaptation of Alvin and the Chipmunks) as detective Dwight Hendricks.

Dwight loves Memphis, his mamma (played by Celia Weston), and music – specifically Elvis Presley.  He followed in his daddy’s footsteps by joining the Memphis Police Department, and strives to keep his city safe alongside his partner, Detective Charlie “Whitehead” White (played by Sam Hennings).

Unlike Whitehead, Dwight has a cool demeanor and never raises his voice even when interrogating the worst criminal.  He also uses his peaceful tone to help his partner deal with his insecurities about aging, and Dwight assures Whitehead that he’s still a great cop – a better cop, actually.

Dwight drives a classic blue 1964 Pontiac GTO instead of a patrol car, and he has a music den at his house where he tends to sleep on the couch night after night.  Does Dwight have a bedroom?

Once a case is solved, Dwight performs at the local bars in Memphis singing popular blues hits from Elvis and Waylon Jennings to just name a few, while his fellow squad members fill the audience with cold beers in hand. 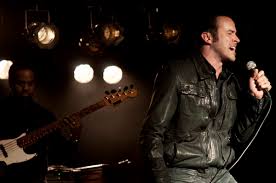 Spoiler alert – Jason Lee doesn’t sing, at least not in all of the scenes; he has a stand in vocalist for many of the bar performances.  Sorry ladies; I’ve seen him confirm it as truth on Regis and Kelly.

Dwight’s precinct was upended when the new department’s lieutenant took over (Tanya Rice played by Alfre Woodard), and Dwight stepped in to ease the tension between the new boss and his unit.  Knowing his fellow detectives look to him, Dwight does his best to oblige, but continues to maintain his unorthodox detective methods forcing Lt. Rice to slowly adjust her attitude toward the Memphis way of doing things.  Now, if only Lt. Rice would learn to like Dwight’s partner… 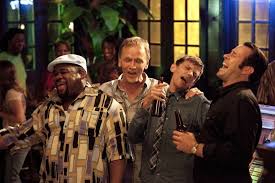 Continuing with his “good-guy” role, Dwight mentors his fellow co-workers including Officer Davey Sutton (played by DJ Qualls) and Detective Reginald Greenback (Leonard Earl Howze).  Although he’s a master marksman, Officer Sutton is looked at as a joke by others in the department and especially out in the field – he’s as skinny as a rail and he looks like a young school boy – yet Dwight works to make him feel like a part of the team.  Detective Greenback has problems of his own, like supporting a family on a cop’s salary – will this lead to trouble?  We’ve already seen some questionable actions from Det. Greenback.

Watching Memphis Beat makes me want to plan a trip to Tennessee soon, especially for the music and cuisine.  Ironic really, when you consider most of the show is filmed in Los Angeles and New Orleans.

I give Memphis Beat a JFTV rating – Junk Food TV.  It’s not the best police drama on TV, but it’ll definitely keep me coming back for more….especially since it airs mostly during the summer months when there’s not much else on the tele.

What are your thoughts about Memphis Beat?  Should I have given it a higher rating?  Do you prefer Jason Lee as Earl Hickey or Dwight Hendricks? Should Dwight get a love interest anytime soon? I’d love to hear from you!

Now – remember to visit Amber’s review of The Protector starring Ally Walker on Lifetime.  She created a new rating for this one…NIV.  You’ll have to click to see exactly what it stands for, but the acronym reminds me of an infectious disease.

Come back next week when Amber and I speed things up – each of us will host two USA hit shows for a total of four reviews!  I’ll review Burn Notice and Suits while Amber reviews Covert Affairs and Necessary Roughness.

19 Replies to “Why It’s Worth a Watch Wednesday – Memphis, Music, and Mystery”