The supernatural is especially hot right now, and more often than not, the television vampire and werewolf is sexy.  These physically sculpted and beautiful characters are mesmerizing and seducing – to the other characters on-screen and those tuning in to watch the show.

Every television supernatural can moonlight as both a bad-boy and good, but more often than not, the audience prefers the naughty over the nice. 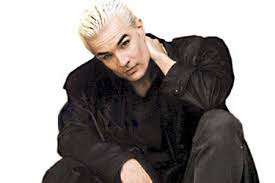 Turned in the late 1800s, the former poet known as “William the Bloody,” transformed into Spike after Drusilla drained him and forced him to feed off of her blood.  Mentored by Angelus, Spike tortured Europe for years and killed two slayers.  The bleach-blonde Billy Idol lookalike then moved to Sunnydale to destroy his third – Buffy Summers.

Spike successfully defeats his enemies by using a combination of his combat skills, his ability to withstand large amounts of pain, and his great observation and perception skills.  But Spike has one big weakness – he’s impatient.

Spike overcomes many battles to reach his ultimate goal, such as withstanding the microchip inserted into his body (a chip that inflicts pain every time Spike attempts to hurt any non-demon) and his alcoholism.  After his defeat of the Demon Trials (physical challenges not survived by many), Spike regains his soul.

Early on, Spike proves to be Buffy’s nemesis, and is a constant thorn in her side.  But over the years, Spike grows to appreciate Buffy and her friends, and eventually falls in love with the slayer.

Marsters’ character was so popular, that after Spike died on the series finale of Buffy, he was resurrected on the spin-off series, Angel. 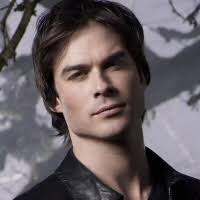 In the 1860s, Damon meets Katherine and falls head over heels.  Not long after meeting the woman of his dreams, Damon learns that the she also shares a romantic relationship with his younger brother, Stefen.

Making matters worse, Katherine is a vampire.  After being trapped by the Salvatore father, Katherine turns both boys and leaves them behind believing she’s dead.

Deeply scorned by the betrayal of his brother and maker, Damon transforms into an arrogant, selfish, and dangerous vampire.  He lacks any remorse, and he is unpredictable.  Damon lives in a world of isolation, but continues searching for acceptance and love.

After decades, Damon follows his brother back to their hometown of Mystic Falls, where he meets Elena, Stefen’s new girlfriend.  Elena looks exactly like Katherine.  And so, the games begin.  Damon is drawn to Elena and eventually falls in love with her causing even more tension between the Salvatore brothers.

After learning that Elena is “The Doppelganger” and is wanted by the strongest and oldest of all vampires, the real Damon emerges putting forth the necessary plans to save Elena from damnation.

Where Stefen takes the morally high road (he refuses to drink human blood and feeds off of small animals), Damon isn’t afraid to tear someone’s head off or rip out their heart.  Damon is the stronger of the two brothers, and will do whatever it takes to protect Elena. 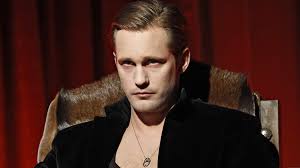 A tall, blonde former Viking over 1,000 years old, Eric Northman is one of the most powerful vampires in the Louisiana area.  He acts as sheriff of northern Louisiana, and takes his role in the vampire hierarchy very seriously.

At night, Eric owns and operates “Fangtasia” – a bar with a basement that serves as his dungeon and torture chamber.  He’s proven to be violent, keeping a few souls chained up until he’s satisfied.  Eric’s also very arrogant and manipulative.

Many fear Eric, but not Sookie Stackhouse.  Eric is fascinated with Sookie when he realizes that she can read minds.  After his maker commits suicide, Eric forms a close bond with her.  He dreams about Sookie, and develops genuine feelings for her.  There’s only one problem: Sookie belongs to another vampire in town, Bill Compton.

Similar to everything else, Eric doesn’t let Sookie’s relationship with Bill stand in his way.  He manages to force her to drink his blood, and then becomes enamored with her scent.  In addition to her mind reading skills, Sookie possesses fairy blood; and when a vampire consumes such blood, he can walk in the daylight.  Eric decides at this moment to protect Sookie, no matter what it takes.

Besides Sookie, Eric’s only loyalty is to himself and to Pam, one of his vampire spawns. Everyone else is just a means to an end. 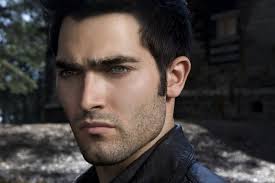 Born a wolf, Derek spends most of his days running from the police and the Argents, a family whose werewolf hunting lineage dates back to the 1700s.  He’s blamed for most of the crime in his town, including the murder of his very own sister.  When a wolf inflicts a bite on local high school student Scott McCall, all fingers point to Derek.

The Hale family was destroyed in a house fire set by the hunters.  Derek and his sister weren’t home at the time, and his uncle barely escaped.  With his family gone, and his uncle comatose in the hospital with third-degree burns across half of his body, Derek swears revenge against the hunters.

As a beta wolf, Derek knows that it is up to him to find and kill the alpha responsible for the town’s murders and chaos before the alpha has time to recruit and build his pack.  In return for training on how to control his new wolf urges, Scott reluctantly agrees to help Derek.

Despite Derek and Scott’s agreement to work and train together, Derek has difficulty being friendly.  His mere presence makes those around him nervous, and even his so-called “friends” know not to let their guard down.

Do you prefer the bad-boy over the good? Who is your favorite television supernatural bad-boy and why?    In a head to head battle, who would win – Spike, Damon, Eric, or Derek? I’d love to hear from you!

47 Replies to “Tele-Tuesday: TV with Bite – The Bad Boys”