Due to the horrendous Texas heat this summer, we’ve been staying indoors as much as possible.  What’s the best pastime when stuck inside?  Watching movies!

We’ve made it to the theater a few times, but mostly we’ve picked up the $1/night rentals at Redbox or caught an almost-new release on the cable channels and On Demand.  Mostly, we’ve focused on comedy and suspense, but occasionally we throw in some action and the supernatural.

Grab the popcorn, and turn out the lights! Here are just a few picks of what we think is worth a watch. 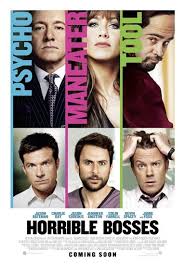 Horrible Bosses – hands down, laugh out loud funny, from start to finish.  Everyone knows that Jason Bateman and Jason Sudeikis are funny, but what about Charlie Day, Jennifer Aniston, Colin Farrell, Kevin Spacey, and Jamie Foxx?

While Jaime Foxx didn’t play that large of a role throughout the film, we did laugh out loud every single time his character was called by name….

Just Go With It– starring Adam Sandler and Jennifer Aniston.  Watch out for scene stealers Bailee Madison, Griffin Gluck, Dave Matthews, and Nicole Kidman.  Sandler and Aniston’s chemistry is fabOoolous throughout, but the entire supporting cast makes the movie.

Grown Ups – starring Adam Sandler, Kevin James, Chris Rock, David Spade, and Rob Schneider.  Everyone saw the advertising for this film, but there are many more laugh-out-loud moments than what we saw in the trailer. 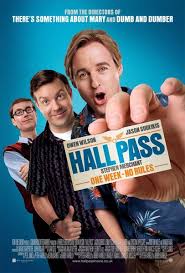 Hall Pass – starring Owen Wilson and Jason Sudeikis.  We had actually heard that this film was a disappointment, but we have to agree to disagree.  Granted, we watched it late at night, but we laughed a lot – in particularly during one scene that caught us completely off-guard.

Edge of our Seats Suspense 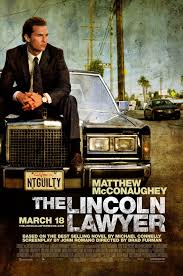 The Lincoln Lawyer – without naming names, someone in my household must see every single movie starring Matthew McConaughey and Ryan Phillippe.  Because of this, someone else in my household does not want to see every single Matthew McConaughey and Ryan Phillippe movie, which is why we had to wait for this film to be available at Redbox.

After we watched The Lincoln Lawyer, that same certain someone loved it just as much as the Matthew and Ryan fan did.   In other words, men and women alike will enjoy this flick.

From the trailer, everyone knows that Matthew’s character is defending Ryan’s character for a murder that he actually committed.  But what we don’t know pulls the audience smack-dab in the middle of masterful suspense.  To what lengths will one go in covering up a crime?  Do we ever know all who are involved?

A very close second goes to….

Limitless – starring Bradley Cooper and Robert De Niro.  What would you do if you were handed a mysterious pill that promised to activate 100% of your brain, as opposed to the usual twenty percent?  Would you take it?

Attention writers: Cooper’s character is an author, and after he takes the pill, he finishes his novel in just around four days.  Does this tempt you, even the slightest bit?

The award for the most awaited release of the summer goes to…. 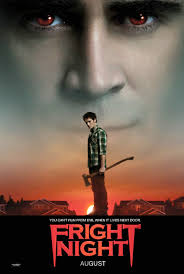 Fright Night – this much awaited remake did not disappoint.  Colin Farrell finally brings the bad-boy vampire back to the big screen.  Viewers experience a vampire that actually feeds on humans and still has the ability to seduce every female in the audience.

The story remains very close to the original 1985 horror film, but also introduces a few new twists to make it its very own.   A few of the 3-D special effects were great, and we even saw a tiny cameo by one of the original Fright Night actors.

While Roddy McDowall was and always will be the great Peter Vincent, vampire hunter, David Tennant makes the role uniquely his.  Every scene of Tennant’s is brilliant and very entertaining.   I’d say more, but I don’t want to ruin it for those who haven’t seen it yet.

The award for heroes of the summer goes to…. 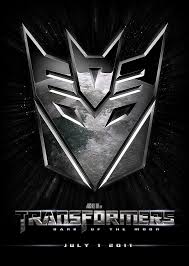 Transformers 3: The Dark of the Moon – once again, Bumble Bee and Sam’s (Shia LaBeouf) relationship, as well as Optimus Prime and Sam’s relationship, made me cry.  Yes – for the second Transformers movie in a row, I actually teared up.  Never in a million years did I think I’d enjoy these movies about robots transforming into cars and saving the world, yet alone grow to love these Autobots the way that I do.

Josh Duhamel’s role grows immensely in this third film and hallelujah for that!  Everyone needs a little more Josh in their life…  Oh, and don’t worry – many cringed, especially the men, when it was announced that Megan Fox would not reprise her role as Sam’s girlfriend; but, Rosie Huntington-Whiteley’s character fills the void perfectly.

The award for the biggest surprise of the summer goes to…. 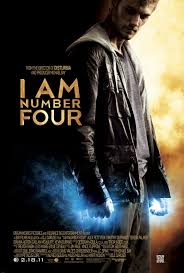 I am Number Four – based on the bestselling YA novel of the same name, this science fiction hit targeted for the younger generation pleasantly surprised the thirtysomethings in this house.  We immediately called family members, young and not-so-young alike, and recommended a quick trip to Redbox.

Every single one of them loved alien John Smith (Number Four) and his handler/warrior/guardian, Henri.  The special effects in the fight scene at the end are absolutely fabOoolous, and the anticipation for a sequel is astounding.  The Power of Six is on book shelves now; does anyone know when the movie starts production?

Not every movie can earn a top spot, but a few other films that kept us entertained and out of the hot-summer heat include: Priest. Life As We Know It, You Again, Date Night, The Hangover Part 2, The Mechanic, The Rite, The Dilemma, and Little Fockers.

Next up on our must-see list:  Sucker Punch, Season of the Witch, Arthur, Red Riding Hood, and Your Highness. Which one should we watch first?

What’s the last movie that you watched? What’s next on your list of must-sees?  Do you prefer going to the movies or staying in?  Have you tried a Redbox near you?  I’d love to hear from you!

43 Replies to “Friday FabOoolousness – Beating the Heat with Movie Madness”