Some of the series have promise, while others may flop – but, regardless, we’ll tune in to check them out!

First up, the CW:

Ringer stars Sarah Michelle Gellar (Buffy the Vampire Slayer) as twin sisters Bridget and Siobhan Martin.  The sisters share a troubled relationship but decide to move past previously made mistakes.  The series begins as Bridget runs to her wealthy sister, Siobhan, after she witnesses a mob hit.  Matters get worse when Siobhan disappears and Bridget assumes her sister’s identity and learns her sister’s life is nothing like it seems.

From the creators of The Vampire Diaries and based on the YA series by L.J. Smith, The Secret Circle follows teenager Cassie Blake (Brittany Robertson, Life Unexpected) after her mother’s death (well, murder).  Cassie moves to her mother’s hometown to live with her grandmother, where she meets a group of friends that help her uncover her destiny – she’s a witch.

She learns that their families have a deep history of witchcraft dating back hundreds of years, and in order for them to complete their circle, one member from each of the original families is needed.  The power of six magnifies the circle’s power one hundred percent, and Cassie makes six.

The Secret Circle premieres Thursday, September 15th on the CW.

Hart of Dixie stars Rachel Bilson (The O.C.) as Dr. Zoe Hart.  She accepts a job in Blueberry, Alabama working for a man she’s never met.  When she arrives, she learns that the Doctor that hired her has recently passed away and left her a portion of his practice.   Zoe must learn to work with her new partner, his daughter (Lemon Breeland, played by Jamie King of Pearl Harbor and Sin City), and adjust to life in a small southern town that is nothing at all like New York.

Hart of Dixie premieres Monday, September 26th on the CW. 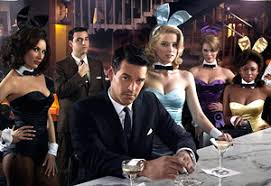 The Playboy Club focuses on the “Bunnies” of the first Playboy Club in Chicago in 1963.  The series stars Amber Heard (Pineapple Express, The Stepfather) as the newest Bunny, Eddie Cibrian (Third Watch, Sunset Beach) as an attorney with ties to the Chicago mafia and an elite club member, also known as a “Keyholder”, and David Krumholtz (Numbers), as the club manager.  The program focuses on the Bunnies’ aspirations, secrets, and seductions during a time that these clubs forever changed American society.

Another period piece from 1963, Pan Am focuses on the pilots and stewardesses of Pan American World Airways, starring Hollywood star Christina Ricci (The Addams Family, Mermaids, and Monster).  Pan Am takes us back to a time when flying was fun for everyone, when smoking was legal in the cabin, and when the pilots kept the cockpit door open for requests from the passengers.  How times have changed….

What do you think?  Will you tune in to watch any of the new shows on the CW this year?  Are you excited to relive the early days of The Playboy Club and Pan American?  Which of these shows will make it and which ones won’t? I’d love to hear from you!