There is a current game of tag spreading like wildfire through the blogosphere courtesy of the Writer’s Platform Building Campaign hosted by Rachael Harrie.  The adorable and well-traveled Jess Witkins reached out and tagged me Wednesday, and as always, I love a good game!

As with any game, there are rules:

Number one is complete, now on to 10 random facts about ME!

1)      My earliest childhood memory, while funny now, was quite devastating then.

I remember sitting alone at a friend’s lake house in the living room watching The Incredible Hulk on TV while the adults where outside having a grand ‘ole time.  As Dr. Banner was transforming into the ever-so-large and green Hulk, I noticed that my skin was coming off.  I ran outside to find my mother screaming, “I’m falling apart!”

She hugged me tightly, laughing mind you, and explained to me that I had a sunburn and the skin peel was perfectly normal.  What a relief: I wasn’t turning into the Hulk.  Oh, and my mother says I was about three when this happened and she’s amazed I can recall the night so vividly.

2)      Keeping with the super hero theme, I was obsessed with Wonder Woman when I was a little girl.  Who wasn’t?  The men loved the beautiful Lynda Carter, and what young lady didn’t dream of possessing the power to change into a rocking costume by turning in circles really fast or didn’t want to deflect bullets off her pretty bracelets?

I made myself dizzy quite a few times just trying to morph into Wonder Woman.

3)      I have never been afraid to sing, not that I’m any good.  When I was younger, I’d watch The Wizard of Oz and join Judy Garland in a rendition of “Over the Rainbow” like it was my job. 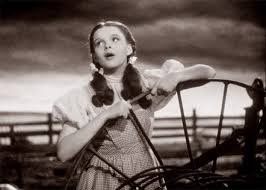 I also keep a pair of red shoes in my closet at all times.  You never know when you’ll need to click your heels…..

4)      In the ‘80s, I admired Olivia Newton-John.  My crazed singing continued with Grease, Xanadu, and her music album, Physical.  I wanted to roller skate through the house with light pastel ribbons in my hair and with pink leg-warmers covering my shins.  Classic ‘80s Olivia. 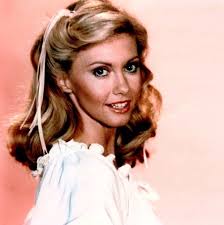 5)       My first Hollywood crush was Maxwell Caulfield, or Michael Carrington, from Grease 2. 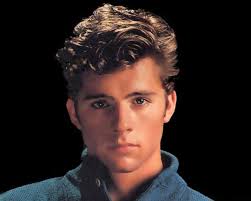 I may be one of the few who will admit loving the unpopular sequel.   Again with the theatrics and singing, I’d mimic Michelle Pfeifer’s moves while singing “Cool Rider” hoping that Michael would choose this Pink Lady as his own.  I even sported a Pink Lady jacket, what little girl didn’t?

6)      The late ‘80s and early ‘90s produced two of my all time favorite movies: Pretty Woman and Dirty Dancing.   I cannot count how many times I have watched these films.

During my teenage and college years, one of my favorite pastimes with my mother was to turn off the lights and watch these movies over and over again.  Literally – Dirty Dancing would end, and we’d rewind the VHS tape and watch it again from the very beginning.  I loved those nights.

7)      I tend to talk with my eye brows.  Okay, maybe that doesn’t make perfect sense…how about, I am very animated when I talk and my eyebrows lift and move taking on a life of their own.

My parents first pointed this out when I was running for class office in the 9th grade.  Instead of a live assembly, our school planned to tape the speeches and play during the morning announcements on the classrooms’ television sets.  As I practiced the night before, my parents couldn’t stop from laughing.  It didn’t help with my self-confidence, my parents laughing at me and all, but I won anyway!

And don’t worry; I have designated this evening as a turning point in my teenage life.  My parents’ loving laughter and learning about the passions that I had were definitely character builders.

8)      Back to my crushes, probably my biggest crush ever was, and still is, on former Houston Astro and baseball great, Craig Biggio. 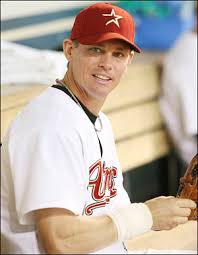 He started playing when I was a pre-teen, and I remember walking behind home plate and experiencing his cute back-side while he played catcher.  Later, the Astros moved him to second base to protect his knees, extending his career to a remarkable twenty years in the major leagues.  Thank you, Astros.

You won’t catch me saying this much anymore…the team’s recent moves have been so frustrating for fans!

Did I mention that Craig was born and raised in the exact town where my father grew up?  Kismet, right?

9)      I’ve had the same girlfriends since junior high and high school.  My brother thinks it’s a bit weird that we’re all still as close as we are, but I think it says a ton about our character and loyalty.  That’s not to say that I haven’t made new friends along of the way, of course I have.  But my girls, you know who you are, are my heart.

10)   I may have mentioned before that I’m extremely competitive, but in case I haven’t, I am!  Football season is here and my competitive side has kicked into high gear with playing fantasy football.

We play in a league called Couples Therapy, and I’ve appropriately named my team Tbrat’s Tyranny.  Why?  Because I’m a tyrant!   No, not really, I didn’t do so well last year; but, I didn’t finish last, either.

I’ve never known just how fun fantasy sports can be.  Up until last year, I only watched the Cowboys (life-long fan) and Patriots (Tom Brady and huge Wes Welker fan) on Sundays.  Now, you won’t catch me far from my phone or the NFL Red Zone on Sunday afternoons, obsessively calculating my points and screaming at the TV.  It’s fun!

Tagged or not tagged, share a random fact about you!  What’s your earliest childhood memory?  Who was your first Hollywood crush?  What movie have you watched so many times you’ve lost count?  I’d love to hear from you!