Our television sets and DVRs are about to kick into overdrive as fall TV arrives in just a few weeks.  Many of our favorite programs are returning, so Amber West and I decided to share a few more Why It’s Worth a Watch reviews to check out two of the dueling Monday night titans coming back to us September 19th – ABC’s Castle and CBS’s Hawaii Five-0. 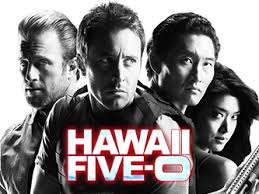 In 2008, TV viewers learned that CBS planned to remake the popular television series Hawaii Five-O, a hit that remained on the air from 1968-1980 starring Jack Lord as Steve McGarrett and James MacArthur as Danny Williams.

Mixed emotions spread like wildfire – some of the older generations were furious that the networks would once again ruin a classic by attempting a remake, while others jumped in joy at the thought of their favorite television show in the ‘70s returning.  Not all that familiar with the original, the younger generations, particularly the women, marked their calendars for the series premiere and the return of some Australian sexiness to the small screen.

Forty-two years to the day from the debut of the original Hawaii Five-O in 1968, the new Hawaii Five-0 aired.  Continuing the tribute to the original series, the 2010 opening credits remained exactly the same (except for the actors and a tad bit of our new technology today, of course).   The 2010 series also plays the original theme song composed by Morton Stevens during the opening credits.

Don’t believe me?  Check these out!

What did you think?  Okay, now on to the characters!

The series opens when McGarrett, a former Navy SEAL, hears his father murdered over the telephone.  He returns to Hawaii for the funeral and decides to stay when the governor (Jean Smart from Designing Women) appointments him the lead of the Five-O special task force, a unit with the ability to do whatever they deem necessary to close the case at hand – perfect for McGarrett’s way of acting & thinking.

McGarrett takes down the bad guys for his “day job” while searching for the evidence to bring down Wo Fat (Mark Dacascos, The Crow: Stairway to Heaven), the man he believes is responsible for his mother’s death years ago and for his father’s recent murder.

McGarrett’s partner, Danny, moved to Hawaii to be closer to his daughter, Grace, and he misses the mainland and Jersey food tremendously.

Remember the popular phrase, Book ‘em Danno?  Well, the younger generations, not as familiar with the original series, learned that the term “Danno” is actually a term of endearment that Grace uses instead of “daddy” or “father” for Danny.   When McGarrett overhears an adorable exchange between Danny and his daughter, he takes a mental note and busts out with, “Book ‘em Danno” at the scene of their first arrest, much to Danny’s dismay.

Danny operates more like a police officer should (the term “by the book” comes to mind), therefore he disagrees with McGarrett’s way of doing things.  The banter between the two partners adds a humorous element to the show, although many original Hawaii Five-O fans believe that the Danny of the ‘70s would never have talked to the McGarrett of the’70s the way our current day Danny does.

The third and fourth members of the team, Chin-Ho Kelly (Daniel Dae Kim from Lost) and Kono Kalakaua (Grace Park from Battlestar Galactica), are native Hawaiians with a history of their own.

Chin-Ho was excused from the Hawaii Police Department for allegedly stealing money and his cousin Grace is the only family member who hasn’t disowned him over the supposed crime.  This matter is cleared up towards the end of season one, but we’re not offering up any SPOILER alerts today.

Grace, a former professional surfer and recent graduate from the Police Academy, anxiously joins the Five-O task force to work with her cousin, even if it means she’ll never get to wear the HPD uniform that she worked so very hard to earn.

Vampire Slayer), murderer and Wo Fat associate; and Jenna Kaye (Larisa Oleynik, The Baby-Sitters Club and 3rd Rock from the Sun), a former CIA agent and consultant/assistant to the Five-0 team. 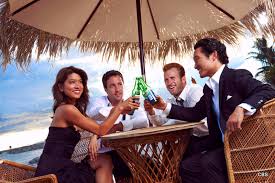 The creators and CBS have brought back a classic in style, and they have glorified the beauties of the islands of Hawaii for the rest of the world to see.   Regardless of all the nay-sayers out there, I give Hawaii Five-0 a MacTV rating.   There aren’t many television programs that both my guy and I like to watch simultaneously, and this happens to be one of them.

I really wanted to give McGarrett and Danno a GTV rating, but I just don’t quite think Beef Wellington and an expensive bottle of Cabernet when I think of Hawaii Five-0; instead, I think meatloaf covered in chili sauce served with shells-n-cheese and an ice-cold beer.  Every Monday night we sit curled up with our dinner plates in our laps enthralled in the action and mystery while shoveling the yummy food into our mouths without paying the least bit of attention to the mess we’re making.  Guilty pleasure, agree?

What do you think? Do you like the new Hawaii Five-0 or prefer the original?  Are you like me and would watch Alex O’Laughlin in anything that guarantees the occasional shirtless scene (Navy SEALS swim a lot!)?  What do you think of Scott Caan – does he remind you of his father, James Caan (you knew that, right?)?  I’d love to hear from you!

Now click over to Amber’s blog and check out her review of Nathan Fillion….I mean, the crime and mystery drama Castle on CBS!  What happens when a mystery writer tags along with a detective?  Said writer gathers tons of writing material!

Come back next week when Amber and I continue to review a few more of our favorite programs on CBS returning this fall – the Thursday night hit, The Mentalist, and the Friday night sophomore, Blue Bloods.