Everyone loves movies, particularly writers.  Writers find it extremely helpful to use movies as tools to identify crucial elements to the story making process, and even better yet, as research.

So, why not reminisce about some of the recent decades’ most popular movies about writers?

Joan is lonely, living with her cat in her New York City apartment, when she receives a phone call from her recently widowed sister who claims to have been kidnapped by antiquities smugglers. As ransom, the smugglers demand a treasure map that Joan received in the mail from her brother-in-law.

Ransom demand in hand, Joan sets off to Cartagena, Colombia.  After a bit of a wild and crazy detour, Joan learns that other criminals want this treasure map as well.  She meets Jack Colton (Michael Douglas) and he promises to guide her through the jungle for a small monetary fee, not aware of what he’s gotten himself into.

After sharing a romantic exchange,

Joan and Jack decide to follow the map on their own.  They find a beautiful emerald, but not before one of the kidnappers (Danny DeVito) finds them.   One thing leads to another; Joan finally exchanges the stone for her sister, and shares her adventures in Cartagena by writing a novel when she returns to the city.

Romancing the Stone has romance, action, suspense, and comedy.   In 1985, the movie was followed by a sequel, The Jewel of the Nile, also starring Turner, Douglas, and DeVito.

Wouldn’t it be fantastic if all writers encountered a love affair, mystery, or adventure of our own to help push us through our stories? 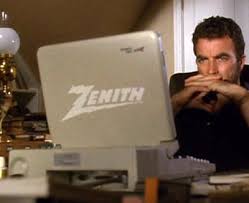 Tom Selleck stars as Phil Blackwood, a fictional mystery novelist who meets his muse while sitting in a courtroom.  Blackwood forges an alibi for Nina (supermodel Paulina Porizkova), the beautiful Romanian woman accused of murder, and she is released into his custody. 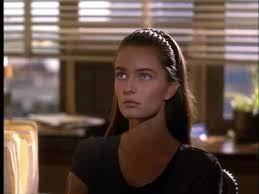 Blackwood takes Nina back to his house and begins plotting his story as he fantasizes himself in the role of his protagonist living with a mysterious woman.  Suspicions set in, however, after a police detective pays him a visit and places doubts in Blackwood’s head about Nina’s innocence.  Blackwood further questions just how well he knows this woman after she throws a kitchen knife across the room, stabbing and killing a bug crawling up a cabinet just inches from his face.

Not knowing if he’s made the right decision to protect this woman, and definitely not able to stop his romantic feelings for her, Blackwood follows Nina to a clown festival where they encounter the Romanian operatives responsible for the crime in which she was accused.

How far will writers go to find the ever-important muse?

On his way to deliver a new novel to his publicist, a story not related to the successful series that his readership has grown to admire, Sheldon crashes his car deep in the desolate woods during a blizzard.  Badly bruised and with multiple broken bones, including both legs, Sheldon is rescued by Annie (Kathy Bates), a nurse who just so happens to be his number one fan.

Grateful for her hospitality, Sheldon agrees to let Annie read his new novel.  Unfortunately for Sheldon, she doesn’t like the new story and is offended by his language.  This disappointment sends Annie into a crazed tailspin where she obsesses about other mistakes in his storytelling; she tortures him, drugs him, spills hot soup on him, forces him to burn his manuscript, and finally takes a sledgehammer to his ankles.

Eventually, Sheldon escapes, and the movie ends just as he meets another number one fan…

Writers, how painful would it be to be forced to burn one of our manuscripts?  Does this story make us re-evaluate the importance of a “number one” fan? 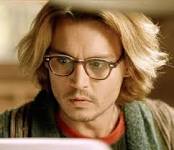 Secret Window keeps viewers on the edge of their seats, watching as Rainey spends most of his days alone in his cabin, agonizing over his wife’s (Maria Bello) affair which has created an untimely case of writer’s block.

What’s worse than a writer suffering from writer’s block?  Being accused of plagiarism, of course.

Rainey doesn’t believe he, the successful writer, stole the work of his crazed accuser (played by the great John Turturro).  After his dog is murdered, Rainey hires a private investigator (Charles S. Dutton) to look after the man.

The movie takes an interesting turn when it’s revealed that Rainey is actually suffering from an identify disorder and has assumed the role of his character.  He lives out his story first hand by imagining the man accusing him of plagiarism, and by seeking revenge against his unfaithful wife and her lover (Timothy Hutton), thus overcoming his writer’s block.

Are writers really this crazy?

Did you enjoy any of these movies? What other movies about writers do you enjoy?  Writers, do you use movies and television programs as research for your stories?  I’d love to hear from you!