Perhaps the correct phrase is “Ringing in the New Year,” but not in the case of today’s post.  Today, we’re catching up on Ringer, the CW’s new mysterious series starring Sarah Michelle Gellar (Buffy the Vampire Slayer) as twin sisters Bridget Kelly and Siobhan Martin.

The sisters share a troubled past – Bridget is a former narcotics user and stripper, and Siobhan cut ties from Bridget when she married a millionaire New York City hedge fund manager, leaving her normal life and sister behind.  But after a few years apart, the girls suddenly decide to move past previously made mistakes and mend their relationship, or so it seems.

The series begins as Bridget runs to her wealthy sister, Siobhan, after she witnesses a mob hit and escapes protective custody just before testifying in court.  Matters get worse when Siobhan appears to have committed suicide, leaving Bridget the perfect opportunity to assume her sister’s identity.

Bridget’s first matter of business is to convince Siobhan’s husband (Andrew Martin played by Ioan Gruffudd) that she is her sister.  She learns rather quickly that the two share a rocky, tumultuous marriage, and her new husband doesn’t seem to like her very much.  Andrew’s teenage daughter from a previous marriage really hates Siobhan (Juliet played by Zoey Deutch), and she lashes out constantly by skipping school, doing drugs, and destroying things around the penthouse. 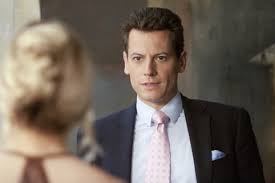 As if Siobhan’s life at home wasn’t enough of a disaster, Bridget soon discovers that her sister was having an affair with Henry Butler (Kristoffer Polaha), her best friend’s husband (Gemma Butler played by Tara Summers). 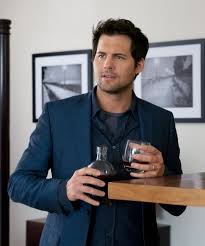 Just as Bridget grabs a hold of all the lies her sister is living, the FBI agent tasked with protecting her during the trial (Agent Victor Machado played by Nestor Carbonell) arrives in New York with a few questions for Siobhan.  Meanwhile, Bridget’s Narcotics Anonymous sponsor and apparent lover (Malcolm Ward played by Mike Colter) is abducted by the drug lord/mob boss looking for her, beaten within an inch of his life, and reacquainted with black tar heroin.  Malcolm might just be the hero of the show; despite the torture, he doesn’t disclose Bridget’s secret and he still manages to escape and travel to NYC to protect her.

Everything is just too much, so Bridget (aka Siobhan) seeks out a new NA sponsor in the city and meets Charlie (Billy Miller).  Charlie seems eager to help, not only with her constant battle with relapse, but also with the many matters surrounding her double life.

Could that be because he’s an ex-cop named John working for the real Siobhan, who is camped out in Paris under an assumed identity?  It appears she’s the puppet master behind everything, but why?

To make matters worse, Bridget doesn’t do a bang up job keeping her secret – Gemma discovers the truth: that Siobhan is sleeping with her husband, and that Bridget is assuming her sister’s identity.  When Gemma threatens to blow the top off Bridget’s lies, she disappears.   Henry comes home to find blood all over the walls and a broken vase, and immediately cleans the mess up to protect Siobhan.  But when he confronts Bridget (aka Siobhan), she of course thinks he did something to Gemma – why else would he cover up the evidence?   But remember, the “real” Siobhan is the one pulling all the strings….

If this was a Why it’s Worth a Watch Wednesday review, I’d award Ringer with the JFTV rating – it’s the perfect Junk Food Television.  I sat over the holidays and watched the entire first half of the season in mini-marathon style.  See, I recorded the series but wasn’t intrigued enough at first to watch; but once I started the episodes this weekend, I couldn’t stop.

There are so many questions to be answered: Why does Siobhan hate her sister so much?  When will Andrew discover the truth?  How long will Siobhan and Bridget keep up this charade?  And what is Mr. Carpenter’s secret (Juliet’s teacher played by Jason Dohring)?

What do you think?  Have you watched Ringer?  How will this series continue for multiple seasons?  Any ideas?  I’d love to hear from you!

24 Replies to “Tele-Tuesday: “Ringer” in the New Year”