Over the holidays, we watched a movie that I remember had grabbed my attention when the actors were moving through the daytime and nighttime talk shows doing press – All Good Things.

The story is based on, or inspired by, alleged events surrounding the life of Robert Durst.  My family, who has lived in both New York City and the great state of Texas, remembers hearing about these stories and the people involved.  Loving true crime the way that I do, I was shocked to realize I wasn’t familiar with this case and immediately logged onto the Internet to read about it.

The real-life story, and the movie, is right up my alley.

The movie stars Ryan Gosling as David Marks, the eldest son and heir apparent to his father’s New York City real estate conglomerate.  As a young boy, David’s mother commits suicide right in front of him and his life changes forever.  His father (Frank Langella) never gives up hope, and continues to push David to be at his beck and call, including having him dressing down to fix tenant’s maintenance issues at the drop of a hat and dressing up to showcase at political events and high society dinners.

Early in the 1970s, David meets Katherine “Katie” McCarthy (Kirsten Dunst).  They fall in love and marry, despite his father’s disapproval.  David and Katie move to Vermont and open an organic food store, fittingly named All Good Things.  After a short while, David’s father plants a seed of doubt in David’s mind that Katie deserves AND wants more than the measly shop out in the middle of nowhere.  They sell the store and move back to the city where David goes to work for his father.

Of course, working for the Marks family has its privileges – the money rolls in, the young couple buys a penthouse and a second home out on a nearby lake, and everything seems to be going according to the grand master plan that all married couples hope for when they start their new life together.  David and Katie associate and party with other successful couples, including David’s long-time best friend and bestselling author, Deborah Lehrman (Lily Rabe). 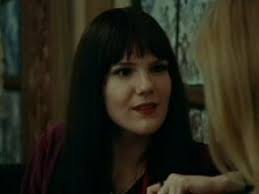 But everything is seldom as it appears….

Katie wants to start a family, but David refuses without giving any explanation.   Of course, as luck would have it, Katie soon discovers that she is pregnant and David forces her to have an abortion.  Distraught, Katie focuses more on her education, and less on her marriage.  She slowly pushes away from her husband and at one point even attempts to file for a legal separation.  Unfortunately, for Katie to continue her dreams of attending medical school, she needs the Marks’ money and decides to stay with David. 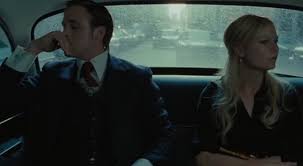 Their lives were never the same; David spends his time in the city, and Katie spends her time at school.  They see each other on the weekends at the lake house, but the two fight to the point that their relationship turns abusive.  Late one night in 1982 while taking out the trash, Katie discovers that David has killed their family dog and she grabs the shovel to go inside and confront him.

The doorman at the NYC penthouse claims to have seen Katie arrive at the property early the next morning wearing oversized sunglasses and her hair down covering her face.  She was also reported making a phone call at the phone booth just outside the building that same day.

But back to the night of Katie’s disappearance, a very telling portion of the movie (in my opinion)…

David drives over to his father’s mansion for a quick late night visit.  Rambling and clearly disturbed, David ends the conversation by telling his father that they’re the same now – alone.  David leaves, on foot, and his father notices that he has left Katie’s Mercedes behind, parked directly in front of the house.  His father walks over to the trunk of the car, opens it, and the camera focuses on his face. 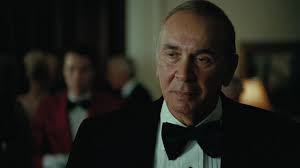 After an exhausting search by the McCarthy family, and publically supported by the Marks family, David leaves the city and moves to Galveston, Texas where he rents a small apartment.  He begins cross-dressing and pretends to be mute so that no one will bother him or discover who he actually is.  He repeatedly dodges phone calls from Deborah, who desperately needs help (money) and who begins to threaten him if he doesn’t call her back.

It is at this point that David decides to befriend his aging neighbor, Malvern Bump (Philip Baker Hall).   The two men bond by shooting guns together, and David later convinces Malvern to help him out with his situation in exchange for a place to live, considering he is facing eviction at his apartment complex.  With nowhere else to turn, and trusting David, Malvern travels to California and shoots Deborah dead inside her own home, execution style.

When Malvern returns to Texas to discover David never paid the escrow on the house, the two scuffle and David kills him.  He doesn’t stop there – he dismembers Malvern’s body, dresses in drag, and disposes of Malvern’s body parts in a body of water.

The movie ends with David on trial for Malvern’s death.  He is found not-guilty by way of self-defense, however did face a short stint in prison for the wrongful disposal of the body.  While Deborah’s murder in California prompts the NYC District Attorney to reopen Katie’s disappearance with David as the primary suspect, no charges were ever filed and he retires in Florida…selling real estate.

This is not in any way a feel good movie.  A few one-liners by Kristen Wiig’s character might have been the only time I laughed out loud (the scenes with Katie’s attorney).  However, the performances by Gosling and Dunst deserve some sort of acclaim, any sort of acknowledgement.  The two young actors are absolutely brilliant with their portrayal of such haunted characters.

A story by the New York Times reported that Durst viewed All Good Things and basically had no major objections to the story, other than he wasn’t involved in the three murders.  For more from the Times’ Article on the Durst family’s thoughts regarding the movie, click here. 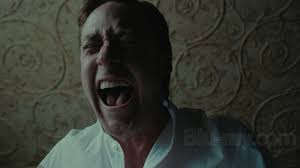 Are you familiar with the Robert Durst story?  Have you seen All Good Things?  What do you think?  Will his wife’s body ever be discovered?  Has he gotten away with two (alleged) perfect murders?  I’d love to hear your take!