Even though it feels like the fall television schedule just started and we’re still enjoying our favorite shows, it’s a new year which means it’s time for a new set of programs to check out!

This January, three new dramas attempt to sweep us off our feet – one revisits new crimes tracking back to an old, creepy prison; another follows a quirky specialist, who solves even the most difficult of cases; and one of our favorite novel and big screen attorneys works frantically to uncover secrets from yet another law firm. 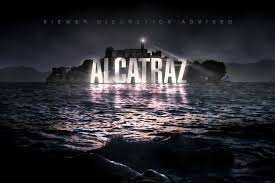 We all know Alcatraz, also known as The Rock, as the impenetrable prison located on an island outside San Francisco that housed some of America’s worst criminals.  We also know that Alcatraz closed its doors in the early 1960s, but what if the former prisoners resurfaced and started committing crimes again?

That’s exactly what happens in the new FOX series, Alcatraz.  How is it possible that “ghosts” from Alcatraz are committing murders and other crimes today? Detective Rebecca Madsen (Sarah Jones) will work alongside an Alcatraz historian and expert (Jorge Garcia, Lost), while battling the government agent standing her in her way (Sam Neill, Jurassic Park) to solve these mysterious crimes. 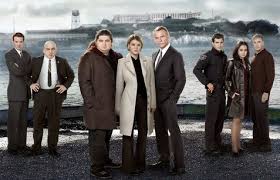 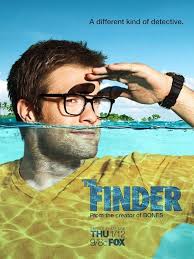 Bones is a favorite in our household, which is why we felt a tad bit robbed last season when “The Finder” episode aired in Bones’ time slot.  Of course, the introduction was rather genius – the network was testing the waters for the potential Bones spinoff, and briefly introduced the series by interweaving the Bones protagonists.

In the episode, Booth and Bones travel to the Florida Everglades to consult with a former acquaintance of Booth’s (Walter Sherman played by Geoff Stults).  Walter is a former war veteran with the ability “to find” anything or anyone.  Along with his bar partner (Michael Clarke Duncan, The Green Mile) and colleague (Saffron Burrows, Boston Legal), Walter solves the case for Booth and Bones, while dominating most of the sixty minute episode.

Despite feeling robbed, as mentioned earlier, the pilot episode showed promise.  It doesn’t hurt that Geoff Stults is adorable, for those who aren’t familiar with 7th Heaven or Happy Town. 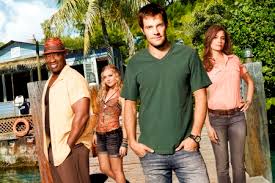 The Finder will continue and follow its sister program (Bones) this Thursday night, January 12th on Fox.

The Firm picks up ten years after Mitch McDeere (Josh Lucas, Sweet Home Alabama) turns in his law firm’s documents to the FBI, proving they were over-billing clients (from the John Grisham novel and the movie starring Tom Cruise, Gene Hackman, and Jeanne Tripplehorn).  The story continues that these said documents led the FBI to take over the law firm and uncover piles of other files incriminating the mob, who has in turn set their sights on Mitch and his family as retribution.

The U.S. Marshalls put the McDeere family (Abby played by Molly Parker, and daughter Claire played by Natasha Calis) into witness protection for a short period of time, but the TV series picks up after the family returns to a so-called “normal life” with Mitch running his very own private practice.

While defending a court appointed fourteen year old boy charged with stabbing and murdering a classmate, a large D.C. firm swoops in and offers Mitch an opportunity to run a new criminal division – a job he declines but can’t shake the feeling that this is the right job for him that he has always wanted, not to mention will save his financially unsound practice.  Despite Abby’s gut-feeling, considering her husband’s experience with the last firm (from the movie), the McDeeres attend a wine and dine to meet the partners and clients of the pursuing law firm. 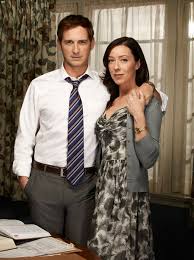 As far as the upcoming season, I see that not only will Mitch have the mafia after him for his past actions (from the movie), but will also battle his own firm AND against the medical company (I’m thinking like The Rainmaker here, another Grisham favorite).  And, it’s already been shown that the firm’s “real” client in Mitch’s murder trial is not in fact the young woman he is defending; instead, it’s some “suit” who jumps to his death while Mitch is desperately interrogating him, trying to get answers.

So technically, we should have about three major plots…

The Firm premiered Sunday night on NBC, but will return this Thursday, January 12th to its normal time slot.

What do you think – did you catch the pilot episode of The Firm or The Finder?  Do you plan to watch Alcatraz?  Which show has the most promise and why?  I’d love to hear from you!