I love scary movies, including honest to goodness horror and slashers, as well as suspenseful, psychological thrillers.  That’s why when I saw the trailer for Straw Dogs (2011) last year, I felt chills run down my spine.  I would watch this movie.

It didn’t hurt that the trailer for the film was full of eye-candy: Alexander Skarsgard (Vampire Eric Northman from True Blood); James Marsden (Cyclops from the X-Men movies); and for the men, Kate Bosworth (Blue Crush).

Immediately, I reached out to my writing and movie friend, Catie Rhodes, who has introduced me to many great crime films – some even inspired by actual events.  But, I digress.

During our chat, Catie mentioned that Straw Dogs (2011) is a remake to the 1971 Sam Peckinpah film starring Dustin Hoffman and Susan George.  Once again, Catie was educating me on an older movie that I wasn’t familiar with (travesty, I know).

After renting Straw Dogs (2011) via my favorite vending machine (Redbox), I contacted Catie again.  Following a brief conversation, we decided to team up and provide a review of the original movie and the remake. 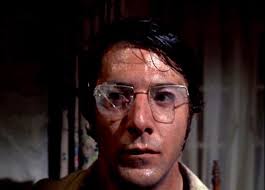 Hollywood always seems to remake movies, almost to the point to where we might think all originality is gone.  But I like to think that it is because there are so many great older films that the newer generations aren’t familiar with, and the remake introduces them to the story.

The general definition of the term straw dog means something that is made to only be knocked down, or when someone is referring to raping or pillaging someone.

In Catie’s post, she mentioned the Chinese tradition of using straw dogs (dolls) as sacrifices.  According to the Tao Te Ching, a straw dog was dressed up and honored at the altar only to be discarded in the streets at the end of the ceremony.

Honestly, all three of these explanations are applicable in the 2011 remake by Rod Lurie.

The movie follows David Sumner (Marsden) and his wife, Amy (Bosworth), as they return to her small hometown in Mississippi.  The young couple recently inherits her family home following her father’s death, and David feels the wide open space and the peace and quiet will be exactly what he needs to finish his current movie script. 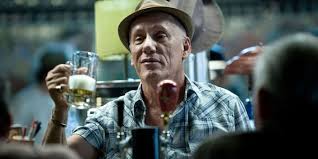 Trying to win over the home crowd, David hires Charlie and his “boys” to fix the barn’s roof across from the couple’s new home.  The “boys” take advantage of the situation by showing up for work according to their own schedule and working only a few hours per day.  Matters intensify as the “boys” taunt David, making Amy feel she’s married to a coward, and they constantly gawk at Amy and her short shorts and braless breasts (although flashing her bare breasts while the “boys” are working doesn’t help the situation). 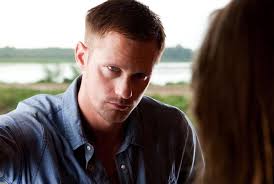 One thing leads to another, and before we know it the Sumner family pet is murdered, Amy is brutally attacked, and David snaps.

Everyone has a breaking point (the logline for the 2011 remake).

The closing scenes of Straw Dogs reminds me of one of my favorite all-time movies (Fear starring Mark Wahlberg, Reese Witherspoon and William Peterson) when the “boys” and their coach viciously attack the impenetrable Sumner home from the outside, while the Sumners (particularly David) put up the fight of their lives protecting one another and distraught Jeremy, who sits in the corner rocking back and forth yelling over the commotion trying to ease himself. 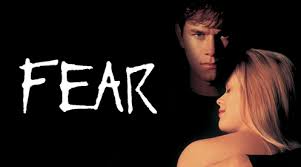 In her blog post reviewing the 1971 movie, Catie writes “the tension is like a character in the film.”  That’s also true of the 2011 version, but probably the largest similarity between the two Straw Dogs is the ambiguity of the stories – we don’t get a ton of answers.

We never know the story behind Amy and Charlie, other than it seems extremely awkward when she returns.  We never know who murders the Sumner pet; we only assume it’s one of the “boys” at Charlie’s orders.  We never know why the former football coach’s teenage daughter continuously bates poor Jeremy, knowing that her father will kill the poor boy the next time he catches Jeremy near her.

Mainly, we just never know many things behind the why.

But we do know that the so-called coward transforms into a hero at the end, and all the straw dogs are knocked down.

“He’s got some man in him after all.”

What do you think?  Have you seen the original 1971 Straw Dogs film or 2011 remake?  Were you satisfied or left wishing for a bit more? Is there a remake that you feel is actually better than the original?  I’d love to hear from you.

Be sure and click over to Catie’s review if you haven’t already!