I met P.W. Creighton on Twitter last year, and we immediately hit it off talking about some of my favorite television shows and characters.  Each week, P.W. is actually one of the first people I look to chat with about Burn Notice, Justified, American Horror Story, Psych, The Secret Circle, etc.  I mean it; we have a lot of fun.

But then there is everything else about P.W. that makes him even more fantastic – he’s an Adventurer, Archaeologist, Photographer, Videographer, Tech-Geek, and Investigator.

Oh, and did I mention he writes too?  P.W. is the author of the upcoming supernatural thriller series, Nightfall, and he publishes blog posts to help other writers with the craft of storytelling.  P.W. is truly talented and a valuable resource to the rest of us trying to find our way.

Before we get to know P.W. on a more personal level, here’s a taste of Nightfall to get everyone in the mood…

Three years after everyone important to Connor Maitland was murdered by a fanatical cult he is still attempting to put his life back together. Accompanied by his ex-girlfriend and

business partner, Alison Herne, he is making a living as a jack-of-all-trades, running a security company, sailing charters, and even photographing weddings out of Dolliber Cove, Massachusetts. Connor’s world is finally coming back together until he discovers one of Alison’s ghost hunter friends murdered.

When Veronica, a childhood love he thought was dead, appears on his doorstep during their investigation, Connor is forced to confront memories he had convinced himself were the delusions of a man deep in grief. Veronica is being stalked by a mysterious man who appears to know far too many of her secrets, as well as Connor’s. After Alison is almost killed confronting her occult past, it is impossible for Connor to deny the connection between the cases. Someone is attempting to end Connor’s life and the lives of all those who surround him.

The crazed rantings of the murderous cult may be the key to his survival.

When you were young, did you dream of one day writing a bestseller, or did you have something else in mind?

Honestly, when I was younger I was never really one for planning. I just focused on whatever adventure would come my way and took to it. When it came to writing I just kept going and the more people told me I had a gift for narratives the more I wanted to share them.

Where do you find the inspiration for your stories?

Life for one, imagination and dreams for another.

Who are a few of your favorite authors?

The cover art for Nighfall is amazing.  Did you design it yourself?

I’m a bit of a perfectionist and that usually means I’m not happy with something unless I do it myself. However, the cover art was actually created by my publisher’s cover artist, Elaina Lee. She took my rambling ideas and put together something perfect.

Many writers imagine a celebrity or familiar face when developing their characters.  Did you have anyone particular in mind when writing your protagonist Connor Maitland and why?

So very true, for Connor I had the image of Eric Close from Dark Skies with the attitude and knowledge of Jeffrey Donovan from Burn Notice. The mixture of a calm, knowledgeable and creative guy thrown into extraordinary situations felt intriguing to me.

Speaking of celebrities, who are you thinking of at this very moment?

In addition to writing, photography and adventure are two of your other passions.  What other hobbies do you enjoy that we don’t know about?

Sailing, I love the open water and the quiet calm that comes with it. And gaming, yes I’m a gamer. I love the dynamic stories and creative art styles that come with excellent games.

You are one of my favorite friends to chat television with on Twitter.  What are your favorite television programs airing today? 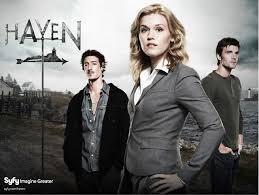 Does your love for TV carry over to the big screen?  If so, what is your favorite movie all-time?

Certainly, and if it has to be one I would have to say Goonies. No matter what I can still stop and watch that one.

What snacks do you order when at a movie theater?

Popcorn with the evil butter and sour patch kids.

Favorite book would have to be The Shining, got to love the greats. Favorite movie would be Ghostbusters, how could it not? Favorite series is Haven.

Want more P.W.?  Be sure to visit his blog, follower him on Twitter for excellent writing links and fantastic television banter, and like his Facebook author page.

Nightfall will be available January 31st.  Watch for it and buy it here!

Do you have a question for P.W.?  What’s your favorite supernatural book series, television show, or movie and why?  I’d love to hear from you!