My YA mystery, Football Sweetheart, is now also available for the Nook! 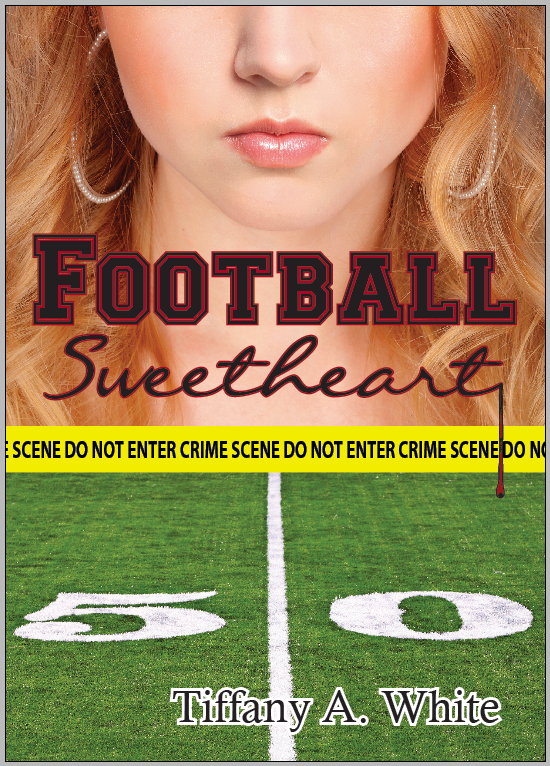 Aimee Freeman is looking forward to the start of her senior year.  She knows her best friend Ella has been keeping secrets from her all summer long, but with football season right around the corner, the student trainer decides not to worry about it—they’ll have plenty of time to catch up on the field.

Then Ella goes missing, and Aimee realizes those secrets might be the key to finding her.  As the case unfolds, Aimee discovers more than one person may have wanted to harm Ella.  Was it Ella’s current boyfriend, a social outcast the entire city seems intent on blaming for her disappearance?  Or her ex-boyfriend, the beloved star quarterback who has harassed Ella since their breakup?  The list of potential suspects continues to grow after Aimee reads Ella’s journal, but she must first break her best friend’s secret code to reveal their identities.

Unbeknownst to Aimee, her investigation has not gone unnoticed.  Ella’s abductor is watching and waiting.  Will he decide Aimee needs to be silenced—making her the next target?

Check out the most recent review!

High School football season in a small west Texas town serves as the backdrop for this gripping mystery. Senior Aimee Freeman, like the rest of her classmates at Lee High, is eagerly awaiting the start of another winning Rebel football season. But when Aimee’s best friend and fellow team trainer, Ella, is abducted from her home, Aimee and her friends are left with more to worry about than a Homecoming game against the cross-town rival team. Who would want to harm Ella, and why? And does Aimee really know her friend as well as she thinks? Ella’s diary may have the answers…if Aimee can break her friend’s secret code.

Football Sweetheart is a fun, engaging story, giving readers a realistic glimpse into both the highlights and the struggles of being a teenager in a small town–from the excitement of preparing for school dances to dangerous conflicts that arise between social groups. With likable characters and a solid storyline that keeps you guessing “whodunit,” this book would be an enjoyable read for anyone who likes a good mystery. ~ Jennifer A.

Thanks to everyone for making my first two weeks as a published author absolutely fabOoolous!