Over these last few weeks, The Ooo Factor has introduced seventeen new programs to the 2012 television schedule.  But what about our returning favorites?

By now, I think everyone knows just how much I loved a few of the new dramas last year.  When asked which one I enjoyed most, I have a difficult time choosing (all three are very different).  First, we have ABC’s Revenge, where we watch the angry, yet beautiful protagonist Emily Thorne exact vengeance against all those who destroyed her family years earlier.  Next, we have CBS’s Person of Interest, where we watch the Jack Bauer-Raylan Givens-like protagonist John Reese kick bad guys around each and every week.  Then we have American Horror Story…

FX did it again in the 2011/2012 season with yet another fantastic original drama to add to its list of past successes.  Joining the likes of Nip/Tuck, Damages, and Justified, American Horror Story kept with the creepy and dark story lines and didn’t disappoint!

The family’s new neighbors stop by to introduce themselves: Constance (Academy Award winner, Jessica Lange) and her daughter Adelaide. Constance warns Vivien that Addy has always been attracted to the Harmon’s new home and tends to walk in as she pleases, but fails to disclose that she too has a long history with the house.

Next, Vivien meets Moira, the house’s former housekeeper.  After briefly visiting with Moira, Vivien decides to hire her to help tend to the house.  But here’s the creepy part – Vivien sees Moira as an older woman (played by Frances Conroy, Six Feet Under), but her adulterous husband sees Moira as a young and sexy maid (played by Alexandra Breckenridge, Dirt).

Regardless of which version of Moira is on screen, Constance can’t stand her.  Years earlier, young Moira was sleeping with another former owner of the house (played by Eric Close from Without a Trace), a man who Constance loved.  After walking in on Moira and her lover having sex, Constance shot and killed them both.  Constance didn’t bother to notice that her boyfriend was forcing himself onto the beautiful housekeeper; instead, she just shot point-blank into Moira’s eye before taking dead aim at his chest.

Following a home invasion of crazy people reenacting a previous murder that allegedly took place in her house in the 1960s, Vivien decides to hop on board a tour bus that stops outside her new home to learn a bit of history about the house—The Murder House.

The house was built in the early 1900s by a Dr. Charles Montgomery for his wife, Nora.  Suffering from a down economy, the doctor performed abortions inside the house for extra money.  It was not long before an angry family member of one of Charles’ patients kidnapped and murdered his son.   The events destroyed the family, particularly Nora, but when the doctor sewed his son back together like a Frankenstein monster, his wife lost it.

In the 1960s, a group of sorority girls lived in the house.  Maria, a devout Christian, answered the door to find a bleeding man on the front porch.  She brought him inside and called upstairs for the house nurse to help—but it was a set-up.  The man and his friends drowned the nurse, and hog tied and brutally murdered Maria.

Learning of these additional stories about her house, Vivien decides she has heard enough.  Noticing blood, she jumps off the tour bus and rushes to the doctor afraid she’s suffering another miscarriage.  Her baby is fine, but despite her doctor’s warning to not attempt a move during pregnancy, Vivien insists they sell the house.

In the 1970s, the house was vacant and a set of red-headed twin tweens enjoyed vandalizing the property.  Young Adelaide warned the two to not go inside, but they ignored her and continued to break lights and wreak havoc on the house.  After entering the basement, the two boys were murdered.

Another previous owner, Larry Harvey (Denis O’Hare, True Blood), set the house on fire while his wife and daughters slept—or did he?  Regardless of how the fire started, he too burned, but was spared before perishing himself.  After serving years of his life sentence in prison, he was diagnosed with an advanced stage of brain cancer and was released to live out the remainder of his days a free man.  Now free, Larry begins to stalk Ben and warns him that he must get his family out of that house…

On Halloween 2010, gay lovers Chad (Zachary Quinto, Heroes) and Patrick (Teddy Sears, Raising the Bar) died while preparing to celebrate the festive holiday.  Following a fight, Patrick stormed off and a mysterious man dressed in rubber drowned Chad in his apple-bobbing station.  Attempting to mend fences with his lover, Patrick rushed home wearing his Halloween costume and discovered his partner’s body before suffering his own untimely death at the hands of The Gimp.  As we can see, the previous owners did not die in a murder-suicide, as the realtor tells it, but rather a double homicide…

And this is just early into season one… the really good thing about American Horror Story is that the show actually answered many of our questions, including:

Who is The Gimp?
What happened to Tate?
What happened to Constance’s other children, and is she a ghost?
What happened to Mrs. Montgomery?
Will Addy be tied to the house along with the other ghosts?
Will the Harmons escape The Murder House?
And, who is the father of Vivien’s baby, her husband or the man in the rubber suit?

I won’t lie; a part of me is sad that the story of season one died along with… well, I don’t want to give anything away.  But after seeing what the writers and creators were capable of last year, I will be one of the first to press play on my DVR October 17th when American Horror Story: Asylum premieres on FX. 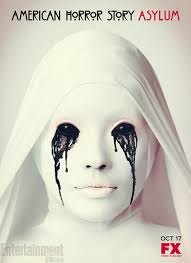 Did you watch American Horror Story?  What do you think about the change in location and cast for season two?  Which non-returning character will you miss most?  Which new character are you most looking forward to?  I’d love to hear from you!