Lately, our weekends have been filled with late night cinematic dates after a day of football.  After watching our teams win and lose AND stuffing our pie-holes with football foods all day long, we only seem to have enough energy to curl up on the couch and pop in a movie once the sun goes down.  Mostly we lean toward the comedies, wanting to laugh the Red Raider and Cowboy losses away, but we don’t shy away from the drama and tension filled mysteries either.

It’s been a while since I’ve shared a list of movies here at The Ooo Factor, so it’s time… but, warning: not all of these come highly recommended.

I love John Cusack.  Love.  I can watch a few of his movies time and time again, like Sixteen Candles, The Sure Thing, Better Off Dead, Stand By Me, One Crazy Summer, Say Anything…, Grosse Pointe Blank, Midnight in the Garden of Good and Evil, and Runaway Jury.  See?  I really do like him… which is why when I saw the previews for Hot Tub Time Machine in 2010, I knew I had to see it!

As with most of the movies we watch, we waited until we thought Hot Tub Time Machine should be on video.  I checked Redbox every single Tuesday for the new releases—nothing.  We are lucky to have all of the movie channels provided by AT&T U-Verse in our house, and yet we never found it on the schedule—I even used the “search” function over and over again.  And, then, finally, this past weekend, I found it on Comedy Central.  Granted, any movie on a television channel that airs commercials has been edited and scenes have been taken out, but I didn’t care.  FINALLY, I could watch my next John Cusack film.

And, we laughed our butts off.  Maybe it’s not his best work, but it is funny.  The performances by Cusack, Rob Corddry, Craig Robinson, and Clark Duke are entertaining.  Even the supporting cast is great (Chevy Chase, Crispin Glover, Sebastian Stan, and Lizzy Caplan).  The ‘80s references are even better…

I was afraid Hot Tub Time Machine was horrible; so bad that the rental outlets and movie channels black-listed it, but it’s not at all a disappointment.  It’s silly; it doesn’t require much thought; but, it’s full of laughs, especially when watched late at night.

If you’re in the mood for love and laughs… 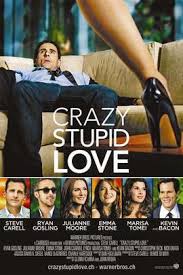 Let me first begin by saying that I am not a huge fan of Steve Carell.  I don’t dislike him, but much like Will Ferrell, I feel he’s the same character in almost every single movie he stars in.  But don’t let me fool anyone; this doesn’t stop me from watching Anchorman: The Legend of Ron Burgundy, The 40-Year-Old Virgin, Date Night, and Dinner for Schmucks over and over again.

Secondly, I’ve never been one of the Ryan Gosling “Kool-Aid” drinkers.  He was great in Murder by Numbers, stagnant in Drive, and absolutely phenomenal in All Good Things.  Oh, and as a side note, I may be one of the very few women in the world who has never seen The Notebook… and I’m not in any rush to.

But, then one night I stumbled across Crazy, Stupid, Love just as it was starting on one of the movie channels.  And, I couldn’t look away.  This film is happy, sad, funny, and then everything all over again.  Steve Carell’s performance is fantastic; for the first time in a long time, I didn’t feel like he was playing an idiot.  And, Ryan Gosling?  Let’s just say I hopped right in line for that Kool-Aid.  I’m not even sure I can describe just how adorable and sexy he is in this film.  Seriously.  I had to watch it again just for him.

And, let’s not forget about the rest of the cast: Julianne Moore, Emma Stone, Marisa Tomei, John Carroll, and Kevin Bacon.  Perhaps the best scene in the movie includes every single one of these actors (minus Marisa Tomei), and let me just say… be prepared to laugh! 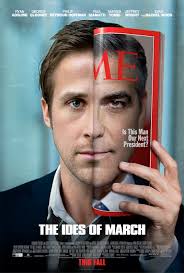 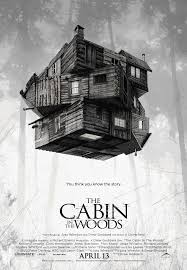 Anyone who knows me knows that I’ve got to have my horror and slasher movie fix at least a few times a month… which is why when Cabin in the Woods hit Redbox, I rented it immediately.  My mother was staying with us that weekend, and I felt sorry for her having to sit through it with me (considering I did not inherit my love for this genre from either of my parents); but she loves me and she understands my obsession with this sort of movie.  Let me just compliment her publicly on what a trooper she is—she sat through the entire hour and a half with me.

Most slashers don’t have much of a plot.  These films have a killer who goes around and kills everyone in his way, usually for no reason.  From the previews, I figured Cabin in the Woods would be just like the others—but, it wasn’t.

Granted, this wasn’t Joss Whedon’s best work, but it wasn’t bad.  Heck, it even attracted my guy away from his playing video games upstairs.  Why?  Zombies.   Even I had no idea we’d be hit with the walking undead when I rented it.

As with any Whedon project, a few of the actors cast in Cabin in the Woods hailed from his other productions… such as Chris Hemsworth, also known as “Thor” from The Avengers, Amy Acker from Angel, and Fran Kranz from Dollhouse.  I always appreciate this tiny attention to detail in his movies, and I’m not even a full-blown Whedonite like most of my friends.

Oh, and watch out for the surprise cameo at the very end of the film.  It shocked me! 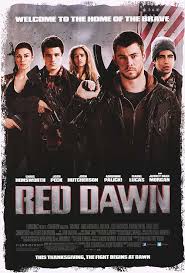 And, finally, one that I actually can’t recommend… 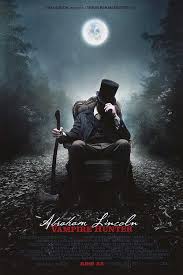 When I first saw the trailer for Abraham Lincoln: Vampire Hunter I thought, “Wow, this looks  promising…”  And then, I heard the movie was adapted from a popular book, making it even more interesting in my opinion.  I came home, told my guy about it, and he didn’t seem nearly as intrigued as I did—and then he saw the trailer.

So, since both of us were on board and wanted to see Abraham Lincoln battle vampires before he was President of the United States, we paid money to rent it last weekend on OnDemand.

And… drum roll please… neither of us liked it.

I won’t lie; this film put me to sleep.  The best part, as far as I was concerned, was the tiny role played by Alan Tudyk.  And, when I say tiny, I mean tiny.

That’s it.  That’s all I have to say about it.  I’ve got nothing else.

13 Replies to “Friday FabOoolousness – A Date with the Movies”