Oh, December… perhaps one of the busiest months of the year.  Many of us are moving at warp speeds trying to wrap up our holiday preparations AND deal with the end-of-the-year nonsense we all face year after year.  The days are flying by and before we know it, 2013 will be here and we’ll all be left wondering where the month has gone.  With all of the madness expected to surround us these next few weeks, Amber West and I have decided to revisit a few of our older Why It’s Worth a Watch Wednesday reviews instead of tackling anything new.

Even though I’m usually running around with my head cut off in the evenings this time of year, I still have time for my TV.  However, most of the networks are about to start airing reruns, and many of the channels have a lineup of holiday movies playing hour after hour.  For some of us, we want and need something different.

Which is why this month is almost perfect for a mini-marathon-style watching party!  As we’re wrapping gifts or baking sweet treats, why not watch a TV show with some bite?

So, today, I’ve selected one of my original Queue It Up reviews to spotlight: 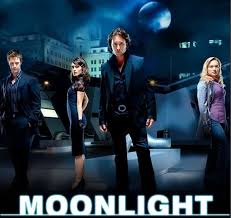 But it doesn’t take him long to remember exactly where he met Beth for the first time.

Mick is a vampire, turned fifty years ago on his wedding night by his wife Coraline (Shannyn Sossamon).   Needless to say, the couple never lived happily ever after.

Mick is a good vampire; he doesn’t hunt or hurt people, unlike his best friend Josef (Jason Dohring) who relishes his life as a blood-sucker.  Instead, Mick satisfies his hunger by harvesting blood from the local morgue.

But now back to Mick and Beth…

Twenty-two years ago, Mick saved a kidnapped girl from a house fire—a fire that he started in order to kill Coraline.   As luck would have it, Beth was that little girl.

After meeting at the crime scene, Mick and Beth become instant friends, and it doesn’t take much time before Beth learns his secret.  She handles it quite well, considering, and even allows him to feed on her once to save his life.  Mick and Beth fall in love, but in addition to the fact that Mick is technically dead, Beth is dating the local assistant district attorney (Jordan Belfi), and neither she nor Mick succumb to their urges.

The love triangle becomes a square when Beth asks Mick to help her friend; a friend that looks exactly like Coraline.

Moonlight may have only lasted one season on CBS (it’s very possible the 2007-2008 writer’s strike is to blame), but it remains a favorite and is worthy of a queue up.  I don’t want to give too much away about the individual episodes, especially since there are only sixteen to watch, but it sounds like a perfect marathon, doesn’t it?

Moonlight earns a GTV rating; it has everything we want and more.  I can’t remember the last time I was so upset about a program’s cancellation.  It is highly recommended that you watch Moonlight at night—lights off, candles burning, and a glass of red wine in hand.  Be sure and keep a hand fan nearby—Mick St. John is one sexy vampire. 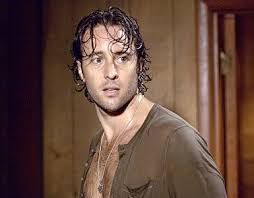 Oh, and don’t worry.  The show didn’t necessarily end on a cliffhanger.  Even with the premature cancellation, and a great storyline for a second season, it wraps nicely considering.

What are you waiting for?  Queue it Up!

If by chance you do not subscribe to Netflix, watch for the Moonlight daytime marathons on SyFy.

My Favorite Episodes with Bite:

Did you watch Moonlight?  Like me, are you waiting for Steve McGarrett to vamp out on Hawaii 5-0?  Have any cancellations absolutely infuriated you?  I’d love to hear from you!

Come back next week when Amber and I choose another of our favorites to share….  Stay tuned!