In my lifetime, I’ve witnessed many popular TV programs move to the Hollywood big screen.  Just off the top of my head, I think of the Transformer movies, the Star Trek movies, the Brady Bunch movies, the Mission Impossible movies, and the Charlie’s Angels movies.  Heck, there have even been a few great stand-alones, including Starsky and Hutch, The Fugitive, and The Untouchables.

So why be surprised that several successful motion picture film ideas are moving to television?  I’m not.

It takes very little to pique my interest when a new pilot premieres on television; I’ll watch pretty much anything.  But there are a few things that instantly attract me to a new show: the concept, the actors and actresses, and the attention to detail, particularly the music and dialog.

Today, let’s talk about the concept behind a few of the upcoming 2013 releases… TV premieres that also happen to have been successful motion picture films at one time or another.

In Bates Motel, we revisit the Alfred Hitchcock favorite… only this time we’ll see how it all began with a young Norman Bates (Freddie Highmore from Charlie and the Chocolate Factory and The Spiderwick Chronicles ) and his very-much-alive mother, Norma (Vera Farmiga from Safe House and Orphan).

The series also stars a few familiar faces from the horror genre: Max Thieriot (House at the End of the Street), Keegan Connor Tracy (Final Destination 2), and Mike Vogel (The Texas Chainsaw Massacre)… as well as few from recent television mysteries: Nestor Carbonell (Ringer) and Richard Harmon (The Killing).

The premise for the new series reminds me of ABC’s Revenge… with bite.  Dracula, also known as Allen Grayson (see, Grayson… another Revenge similarity) as far as his life and business are concerned, moves to London under the false pretense of bringing modern science applications to the city, but instead plans to seek revenge against all those who wronged him before… centuries before.

Oh, and did I mention Allen/Dracula is played by the sexy Jonathan Rhys Meyers (The Tudors)?

Dracula is scheduled to premiere on NBC this fall.  Production should start soon if it hasn’t already… 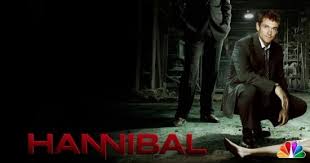 One of the most fascinating and chilling characters in literary and cinematic history is coming to TV—Dr. Hannibal Lecter.

Only this time, audiences will get to experience more of Special Agent Will Graham’s (Hugh Dancy from Blood & Chocolate) hunt for a serial killer and his collaboration with a top psychiatrist (Lecter, played by Mads Mikkelsen from The Hunt) as he builds his criminal profile.

I personally loved the character of Will from the film adaptation of Thomas Harris’s novel, Red Dragon.  But then again, I adore Edward Norton.   I hope to like Mr. Dancy just as much…

Hannibal is scheduled to premiere on NBC at some point this year.  Hopefully *crosses fingers*.  We’ll just have to wait and see…

We finally have the next installment of our favorite Detroit cop taking over Beverly Hills… only this time we’ll see a true continuation of the film series.

Instead of Axel Foley (Eddie Murphy), television viewers will watch his son Aaron (Brandon T. Jackson, Tropic Thunder and Percy Jackson & the Olympians: The Lightening Thief) as he works the streets of Beverly Hills, following in his father’s footsteps as a cop, while also trying to escape his father’s shadow and be his own man.

Murphy will serve as executive producer along with Shawn Ryan (co-creator The Shield and producer of The Unit) AND also guest star in a recurring role as the character he made famous in the ’80s.

Production is still in the very early stages of this project; however, it has been announced that Kevin Pollak (Shark) has joined the cast… as has David Denman (The Office), who is rumored to star in a role similar to the one Judge Reinhold played in the film series.

Rumor has it that all five major networks made a play on this series with CBS winning out.  And considering the casting is still underway, we’ll have to wait a while for this one to hit the telly.  But won’t it be exciting when it finally does?

So, there we have it.  Four upcoming projects undoubtedly brought to us because of the successes of their predecessors, whether it is literature or film.  But are these projects truly genius… or just lazy? Are we losing a bit of our creativity where television and film are concerned anymore?  It seems more and more remakes and/or continuations of very popular movies and/or earlier TV series are in high demand…

Like I said earlier, I plan to watch all of these new series.  It doesn’t take a lot for me to check out a new TV program, and I especially enjoyed the books and flicks these projects are following, but I can’t help but think we’re failing in the originality category here lately.

What do you think?  Are these new TV adaptations pure genius?  Or just lazy?  Which one are you most looking forward to and why?  I’d love to hear from you!