I know I mentioned last week (and the two weeks before) that I would review Starz’s Da Vinci’s Demons today, but I’m still behind on my TV watching since taking a break from the regularly scheduled program.  I know… I’ve been doing that a lot lately.  Let’s blame it on Spring Fever.  That, and trying to push out my Football Sweetheart paperbacks and book two in the series.

However, I am back this week… sort of.  As of Monday night, I had no idea what I was going to blog about today.  And then something happened that hardly ever happens to me—I caught a new television series airing live that I had NO IDEA about beforehand. 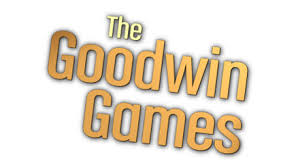 For today’s Why It’s Worth a Watch Wednesday post, I’m reviewing Fox’s new sitcom, The Goodwin Games.  It may be short and sweet, but it’s a new review nonetheless.

Written by the creators of How I Met Your Mother, The Goodwin Games follows three siblings after they learn of their father’s recent passing.  The two brothers and their sister return home and are immediately summoned to the office of their father’s attorney where they will hear the reading of his will.  Everything seems normal, that is until they learn their father (Beau Bridges, does he really need an introduction?) was worth millions… twenty-three million to be exact.

Unlike traditional wills, these siblings will not split the inheritance… instead, only one of them will earn it all.  That’s right, I said “earn” it. 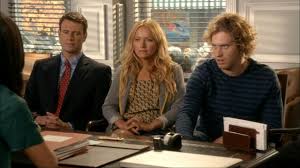 By following previously taped video instructions, the older brother (Henry, played by Scott Foley, most notable for his roles on Felicity, The Unit, and most recently, Scandal), the sister stuck in the middle (Chloe, played by Becki Newton from Ugly Betty and How I Met Your  Mother), and the youngest and perhaps least responsible of the three (Jimmy, played by comedian T.J. Miller seen on occasion around Chelsea Lately’s roundtable) battle it out—starting with a game of “Trivial Pursuit” that Daddy Goodwin has personalized to fit the family’s history.

Like I said, I just happened upon this show Monday night… I had no idea it planned to air on Fox this summer (great job promoting the show, by the way).  So I did what anyone would expect of me—I stopped and watched it.  LIVE!  And I never watch live TV…

Anyway, while I’m not at all accustomed to seeing Scott Foley in a comedy, he plays the role of the responsible and successful Henry very well.  He has a dry sense of humor and his comedic timing is great as he brags about himself.  Becki Newton I am more familiar with, especially since her role as Barney’s ex on HIMYM.  She’s cute and honestly seems to be playing the same kind of role I’ve seen her in before.  And then there’s T.J. Miller.  He’s funny and he’s also playing a role that I would expect from him, knowing him from Chelsea’s show.

But let’s not forget about Beau Bridges.  He’s great, but when is he not?  Did anyone watch him on My Name is Earl?  Sitcoms are his thing. 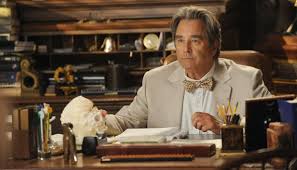 Casting and acting aside, is The Goodwin Games worth a watch?  I’m going to stick it out…

This sitcom really does have a sweet family dynamic.  Despite the siblings bickering at the beginning, they grow and learn to laugh together and love each other once again.  But will it last?  Because now they have another leg of “The Goodwin Games” to compete against one another to win their father’s millions… and probably many more games after that, or at least while Fox airs new episodes.

So for now, I’m awarding The Goodwin Games with the SSTV rating.  I’m not sold, but I’m coming back for more.

Did you watch The Goodwin Games?  Do you plan to?  I’d love to hear from you!