A few weeks ago, I shared a complete list of all the cancelled television shows this season.  As usual, no program was safe.  Just ask CSI: NY—they were cancelled after nine seasons.

As usual, the freshman series saw the largest number of casualties.  Or as I like to call it, the “One & Done” category.

But here’s something new and refreshing… ABC, the CW, and NBC are all airing the previously unaired episodes of a few of their cancelled programs this summer.  NBC has done this once before with Jimmy Smits’ Outlaw.  And despite the fact the network had cancelled the legal drama early on, I was glad to watch the rest of the taped episodes… even if the first season didn’t have a “clean” ending.  It was better than nothing.

So, which TV shows are returning this summer, even if to only air the remaining episodes of their first and only season? 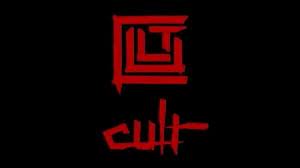 Friday Nights on the CW – Cult

Saturday Nights on NBC – Do No Harm

Check your local listings… my DVR automatically picked up each of these shows’ episodes.

Are you excited about any of these series returning to wrap up the episodes they already taped?  Do you like the idea of networks airing the already taped, yet canned television series?  Do you think more should do this or should they just let the series die when they officially cancel them?  I’d love to hear from you!

Hannibal was renewed for a 13-episode second season to start airing later next year!  We may have to wait for the midseason replacements like this year (January – April premiere dates), but at least we’re getting more from Hugh Dancy and Mads Mikkelsen.