With summer coming to an end, and the new fall television schedule right around the corner, I have decided to take a break (of sorts) here on Why It’s Worth a Watch Wednesday.  I say “of sorts” because instead of reviewing a fresh new series, I want to feature a few shows that I am looking forward to returning in the 2013/2014 TV season.

Over the years, FX has launched itself as one of the premiere networks due to their phenomenal original programming.  The channel hit pay dirt in the 2011/2012 season with yet another fantastic FX original to add to its list of past successes.  Joining the likes of Nip/Tuck, Damages, and Justified, American Horror Story kept with the creepy and dark storylines and didn’t disappoint!  And now, with two seasons “in the books,” the writers and creators hope to score big… again.

Season one, American Horror Story, followed the stories of the Murder House…

Following a miscarriage and an affair, Vivien and Ben Harmon left Boston with their daughter, looking for a fresh start.  The family bought a gorgeous house in California, despite learning that the previous owners both died in the basement in an apparent murder-suicide.

The house was perfect for the Harmons; large enough for Ben (Dylan McDermott, The Practice) to open his private psychiatry practice, and outdated just enough to keep Vivien (Connie Britton, Friday Night Lights) busy redecorating.  At first daughter Violet (Taissa Farmiga) doesn’t understand why the family had to move across the country, but she soon adjusted after meeting her father’s new patient and fellow “cutter” (Tate, played by Evan Peters).

Not long after moving into the new home, the neighbors stopped by to introduce themselves: Constance (Academy Award winner, Jessica Lange) and her daughter Adelaide. Constance warned Vivien that Addy had always been attracted to the Harmon’s new home and had the tendency to walk in as she pleased, but failed to disclose that she too had a long history with the house.

Next, Vivien met Moira, the house’s former housekeeper.  After briefly visiting with Moira, Vivien decided to re-hire her to help tend to the house.  But here’s the creepy part – Vivien saw Moira as an older woman (played by Frances Conroy, Six Feet Under), but her adulterous husband saw Moira as a young and sexy maid (played by Alexandra Breckenridge, Dirt).

Following a home invasion of crazy people, reenacting a previous murder that allegedly took place in her house in the 1960s, Vivien decided to hop on board a tour bus that stopped outside her new home to learn the history of the house—The Murder House.

The house was built in the early 1900s by a Dr. Charles Montgomery for his wife, Nora.  Suffering from a down economy, the doctor performed abortions inside the house for extra money.  It was not long before an angry family member of one of Charles’ patients kidnapped and murdered his son.

In the 1960s, a group of sorority girls lived in the house.  Maria, a devout Christian, answered the door to find a bleeding man on the front porch.  She brought him inside and called upstairs for the house nurse to help—but it was a set-up.  The man and his friends drowned the nurse, and hog tied and brutally murdered Maria.

In the 1970s, the house was vacant and a set of red-headed twin tweens enjoyed vandalizing the property.  Young Adelaide warned the two to not go inside, but they ignored her and continued to break lights and wreak havoc on the house.  After entering the basement, the two boys were murdered.

The stories continued… and the murders continued over the years; thus the nickname, the Murder House.

I made no secret of the fact that I loved the first season of American Horror Story.  The creators and writers produced groundbreaking TV; every episode was filled with eerie, spooky, and creepy storylines with twists and turns week in and week out.  No one was safe, not even the main characters played by major Hollywood actors and actresses.  And the ending?  Well, it wrapped up the Murder House storyline perfectly for the epic first year with potential for more. 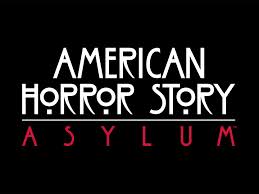 The story was also completely different.  Instead of the Murder House, we had Briarcliff—the mental hospital/insane asylum—where again, it seemed no one ever really escapes.  Unlike the first season, which took place in the present, season two took place in the 1960s for the most part.  Instead of the theme of infidelity like in season one, season two focused largely on themes/things that could have happened, have happened, and were rumored to have happened, and might possibly happen again in the future, making it even creepier than season one… if that’s at all possible.

For me, I enjoyed the first year more than the second… as far as the story is concerned, anyway.  The acting and characters?  They were still just as impressive.  Once again, Jessica Lange and Even Peters carried the show with help from American Horror Story alumni Sarah Paulson and Zachary Quinto.  I watched every single week just for the cast.  Now, I’m not saying season two was bad, just different and not as good in my opinion.  In keeping with the first year, the unique storytelling, twists, and revelations of Asylum were simply genius and still unlike anything else on TV today.

American Horror Story: Asylum closed just as nicely as the first… perhaps even better.  Every story was wrapped up in a big red bow with no questions or cliffhangers left dangling.

News of the third season pickup thrilled me; but left me wondering what we, the television audience, could expect with a new year of AHS.  And then I saw the story’s new “home” of sorts… 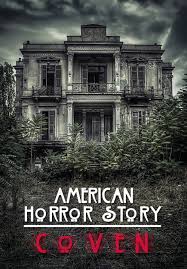 Not only that, but a few of our favorites are back!  Jessica Lange, Evan Peters, Sarah Paulson, and Lily Rabe return… as do a few of season one’s veterans we missed or barely saw in season two: Taissa Farmiga, Frances Conroy, Alexandra Breckenridge, and Denis O’Hare.  One name is missing, I notice, and this makes me sad… Zachary Quinto.  Fingers crossed he at least stops by the Coven for a second or two.

After seeing what the writers and creators were capable of in the first two years, I will be one of the first to press play on my DVR October 9th when American Horror Story: Coven premieres on FX.

It’s for this reason (and all those mentioned above), that I must award the entire American Horror Story series with the GTV rating… even though I clearly enjoyed the first season more than the second.

Bottom line –  FX has themselves a groundbreaking television series, appropriate for viewing after dark with a perfectly grilled bone-in filet, steaming broccoli, and a glass of fine red wine.

What do you think—will you watch American Horror Story: Coven?  Did you watch the first two seasons of AHS?  Did you prefer season one or season two?  I’d love to hear from you!