In today’s seventh and final part (for now), we’re mixing it up with comedy, mystery, fantasy, and a few supernatural dramas… 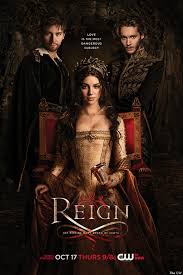 The CW Summary: A young Mary Stuart, whose life was spent in the concealment of a monastery, finds herself thrown into a world of seduction and deception following her consignment to live with the dashing Prince Francis of France, who she has been promised to marry.

Mary Stuart (Adelaide Kane, Cora from Teen Wolf), the woman the world would later know as Mary, Queen of Scots, is sent to France with her four friends to formalize her arranged marriage to the French prince, Francis (Toby Regbo).  As with most arranged engagements of the time, it has nothing to do with love, but instead politics and secret agendas.  As one would expect, the prince doesn’t want to get married, especially when he has another lady with whom he is in love… but that’s not to say there’s not an attraction between he and Mary.

And let’s not forget about Francis’ half-brother, Bash (Torrance Coombs, Heartland), who also develops feelings for Mary…. something the queen is well aware of and not very happy about.

But despite it all, Mary readies herself to rule the land.

ABC Family Summary: Tormented by a deadly curse lingering for generations in a small Pennsylvania town, five strangers search for its origins to put it to an end.

For those of us who watch PLL, we’ve seen a sneak peek into the town of Ravenswood.  And I don’t know about the rest of you, but I can’t wait to see why the entire town gathers at the statue when the bells ring.  Creepy!

But with the spinoff comes the sad realization that Caleb (Tyler Blackburn) is leaving Rosewood for Ravenswood.  Does this mean he and Hanna are breaking up?  Who knows…?

Joining Caleb are four strangers: Miranda, played by Nicole Anderson from Beauty and the Beast; Remy, played by Britne Oldford from American Horror Story: Asylum; Luke, played by Brett Dier from The L.A. Complex; and Olivia, played by Merritt Patterson from Kyle XY.  Together they must dig into the town’s past to uncover its secrets. 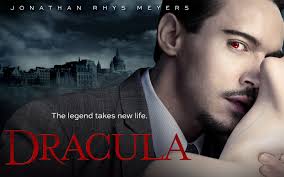 NBC Summary: In late 19th century London, a man named Dracula arrives, bringing promises of illuminating the night with the new technology of electricity, a useful tool in his plan to take revenge upon those who had cursed him with immortality centuries earlier.

The premise for the new series reminds me of ABC’s Revenge… with bite.  Dracula, also known as Alexander Grayson (see, Grayson… another Revenge similarity), moves to London under the false pretense of bringing modern science applications to the city, but instead plans to seek revenge against all those who wronged him before… centuries before.

Oh, and did I mention Alexander/Dracula is played by the sexy Jonathan Rhys Meyers (The Tudors)?

FOX Summary: In a world where police officers are partnered with androids, Detective John Kennex, a scarred cop battling PTSD, partners with Dorian, a discontinued droid with unexplained emotions.

Detective John Kennex (Karl Urban from The Lord of the Rings trilogy and the new Star Trek films) spent two years in a coma and he’s now trying to get back on the police force…with his new, futuristic prosthetic leg.

Every officer is assigned an android, or synthetic.  Detective Kennex’s “partner” is Dorian (Michael Ealy from FlashForward and Common Law), a synthetic who wants to be as human as possible.

The new Fox crime drama promises to be different from all the other police procedurals out there.  Each episode deals with a theme or question it is tacking… in a glimpse of what our future might hold.

The series also stars: Lili Taylor (Mystic Pizza, Say Anything, Ransom, The Haunting, etc) as Captain Maldonado; Mackenzie Crook (The Office, Game of Thrones) as Rudy Lom, a technician for the synthetics; Michael Irby (The Unit) as Richard Paul, a detective who’s not thrilled to see Kennex back on the force; and Minka Kelly (Charlie’s Angels and The Roommate) as Valerie Stahl, a human intelligence analyst for the police. 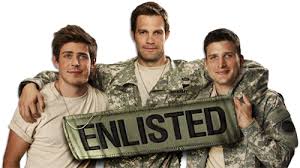 FOX Summary: An army-set single-camera comedy about three brothers reconnecting with one another.

Pete Hill (Geoff Stults from Seventh Heaven, Happy Town, and The Finder) is the oldest of three brothers.  He also happens to be a super soldier.  But when he messes up, he is assigned a group of misfit soldiers as his punishment—a group that includes his brothers, Randy (Parker Young from Suburgatory) and Derrick (Veronica Mars and Private Practice).

Randy is in love with the Army, while Derrick is jaded with the military and his family.  But these three brothers love each other… they just may not get along all the time.

The comedy also stars Keith David (There’s Something About Mary, the Riddick films, Barbershop, and many other feature films) and Angelique Cabral.

If I had to rank these in order of which one I’m most looking forward to, I’d put Ravenswood at number one.  That was a no brainer.  I mean, c’mon.  You knew I would rank it first… right?  Considering how much I love Pretty Little Liars and YA mysteries…  Dracula follows at number two.  I have been waiting for this series for what feels like forever!  Finally, NBC has decided to give it to us.  Almost Human falls in at number three.  I’m usually not HUGE on sci-fi type shows, but I do love police procedurals, plus I could stare at Michael Ealy’s eyes for hours.  Fourth goes to Reign.  If the recent years have proven anything, it’s that I LOVE the CW’s programs, even though they target a teen audience.  This means Enlisted comes in last.  But don’t let the placement fool anyone; I’m looking forward to this comedy.  I’m glad FOX is giving Geoff Stults another series!