The fall television season is here and I have spent the last month or so taking in the new TV programs.  I was having a difficult time deciding which show to review first, and then the network “gods” made it easy for me… they’ve already cancelled the first shows!

So today, I’m going to share which television programs are NOT worth a watch.

I really wasn’t all that surprised that ABC axed Lucky 7 first.  Of all the new shows, it was one that piqued my interest the least.

The series starred a lot of relatively unknown actors, with no BIG name to fall back on, and the quick trailer airing on ABC didn’t really show all that much.  Was it just a drama?  Did it have mystery?  Was it supposed to be heartwarming?  Funny?

Who knows?  Obviously ABC didn’t want to give anyone the chance to figure it out because they cancelled it after only two episodes.

Next, we have We Are Men. 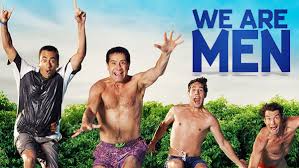 The sitcom starred: Kal Penn (Kumar from the Harold & Kumar movies and House) as Gil; Jerry O’Connell (from so many of my favorites… Stand by Me, Scream 2, Tomcats, Buying the Cow, and TV’s Crossing Jordan and The Defenders—a show that should have made it, but moving on…) as Stuart; and the great Tony Shalhoub (Wings and Monk) as  Frank.

Nor was the fact that Jerry O’Connell was shirtless every opportunity he got (I did think this was kind of weird, but what can you do?).

I watched the only two episodes that aired of We Are Men and this comedy did make me laugh.  Even out loud at times.  But I guess TV audiences don’t want to watch a show about four single men out on the prowl, learning to take back their lives from messy divorces and breakups.

The next fall TV victim is Welcome to the Family. 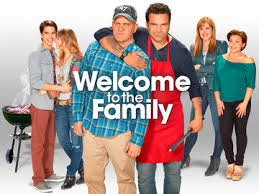 NBC Summary: Dan and his wife, Caroline, were getting ready for the experience of having their daughter, Molly, move away for college; but then Molly and her boyfriend announce they’re having a baby and suddenly the two very different families have to get used to each other.

I heard from a lot of people that they didn’t really care for the concept of this TV series (teen pregnancy), especially not when I told them that the mother of the teenage girl was pregnant too.

But this sitcom was funny.  Laugh-out-loud funny.  My guy even watched this one with me, and actually put his handheld video game down to watch uninterrupted.  That’s a rare occasion for sitcoms in this house…

Ricardo Chavira (Desperate Housewives) was hilarious.  I’ve never seen him in a comedy and his sarcasm and timing were perfect.  And as usual, Mary McCormack (The West Wing and In Plain Sight) was also great.  Mike O’Malley was also funny, in a role FAR from his character on Justified.  But similar to We Are Men, sometimes star power just isn’t enough.

And finally, we have Ironside. 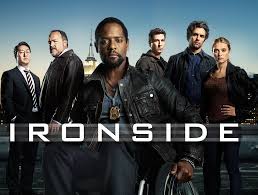 This one really shocked and disappointed me.  But let me be clear: I hadn’t actually watched the episodes yet, which could be part of the problem, but I did have them all recorded on the DVR and I was looking forward to having a mini-marathon.  Now, it’s too late.

People were disappointed with the fact that the TV networks had even chosen to reboot this older television series… and I guess those early criticisms spoke loudly enough for NBC to drop the axe.  Shocking, considering shows like Hawaii Five-0 have done just fine for themselves (although it is rumored our favorite 5-0 officers are in trouble since CBS moved the series to Friday nights…).

But what can you do?

Are you shocked by any of these cancellations?  Which show/s do you think gets the axe next?  I’d love to hear from you!