Today, we’re taking on a few of the new dramas…

ABC Summary: CIA officer Sandy Grimes investigates an incident with a lost and very valuable asset to the CIA, but is soon swept into a much larger problem that involves a decade-long hunt for a mole that may include an agent she trusted.

Based on the book Circle of Treason: A CIA Account of Traitor Aldrich Ames and the Men He Betrayed by former CIA agents Sandy Grimes and Jeanne Vertefeuille, the new eight episode miniseries will follow agent Sandy Grimes (played by Jodie Whittaker) as she investigates a situation surrounding her asset, Aldrich Ames (Paul Rhys).

Even though this story is based on actual events (Ames sold secrets to Russia in the ‘80s; was arrested in the ‘90s; and is currently serving a life sentence in prison), a part of me can’t help but think this miniseries/ABC is hoping to cash in on the success of Showtime’s Homeland and FX’s The Americans.  I’ll watch it, but I’m hesitant for some reason…

We’re a week late with this one… The Assets premiered January 2nd (to horrible ratings) and continues this Thursday, January 9th on ABC. 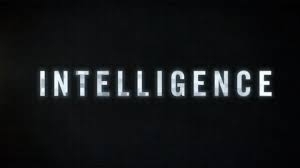 CBS Summary: A high-tech intelligence operative with a super-computer microchip inside his brain becomes the first human to have complete access to the global information grid to fight crime and search for his missing wife who disappeared years ago.

An elite government division, led by Lillian Strand (Marg Helgenberger from CSI: Crime Scene Investigation), uses Gabriel Vaughn (Josh Holloway from Lost) to access key intelligence by hacking all sorts of data centers in order to protect the United States.  To help keep him “reeled in,” Strand orders agent Riley Neal (Meghan Ory from Once Upon a Time) to watch after him… because as we’ve seen with overly intelligent people on TV, they can be a bit unconventional and unruly (I’m thinking of Patrick Jane here from The Mentalist).

ABC Summary: From executive produce Sofia Vergara (“Modern Family”) and created by Hannah Shakespeare, step inside the dangerous world of the Texas Rangers from the female perspective and experience the arresting “Killer Women.”

Based on the Argentine crime drama, Mujeres Asesinas, this eight episode series will follow Molly Parker (Tricia Helfer, Battlestar Galactica), a recently divorced Texas Ranger enjoying her newly single life and being really good at her job.  Each week, this former beauty queen tracks and arrests a different female criminal.

Created by Dick Wolf (Law & Order) and a spinoff series of Chicago Fire, Chicago P.D. will serve as yet another typical police procedural on television.  My main question is this—will Sergeant Hank Voight (Jason Beghe) be a good guy or a bad guy?  While I did not watch the entire first season of Chicago Fire, I did watch enough to know that he was not a “good” cop.  The character did not hesitate to cross legal or ethical lines.  And if he’s anything like that on the new show, what in the world is his staff going to be like?

And speaking of Jason Beghe, I’ve had a crush on him since I was a little girl when he starred as the quarterback, Tom Yinessa, on HBO’s 1st & Ten.  Yes; my parents let me watch with them—it was about football, after all!  And most recently, I’ve enjoyed his recurring character, Richard Bates, on Showtime’s Californication where he plays an alcoholic/sometimes gay/sometimes straight man.  His performances are fantastic.  Needless to say, I will give Chicago P.D. a try just for him…

If I had to rank these in order of which one I’m most looking forward to, I’d put Killer Women at number one.  Intelligence probably comes in second with Chicago P.D. following closely behind at number three.  Last place has to go to The Assets.  I already have the first episode on my DVR, but after seeing the horrible premiere numbers, I’m not dying to press play.