It’s time again for Catie Rhodes and me to break down another cinematic original and its remake.  Returning to our usual ways, Catie reviews “the original” and I take on the 2013 remake.  This month we tackle the literary classic, The Great Gatsby.

Usually I include Catie’s homemade summary here, but we’re both at a loss for words this month.  Shocking, I know.

So, let’s start with the trailer:

Before I begin my review of the 2013 version, let’s talk about the novel and the 1974 film.  Thinking back, I first read F. Scott Fitzgerald’s classic story in the ninth grade.  Like many required readings in literature class, The Great Gatsby, among other things, is a tragedy (just like three other of my favorite school reads—Wuthering Heights, Romeo and Juliet, and Great Expectations).  But that doesn’t mean the story isn’t beautiful.  It pulls readers into the Roaring Twenties and the Jazz Age, complete with music, parties, fashion, youth, wealth, and love.   And once one watches the 1974 movie, starring a young and absolutely breathtaking Robert Redford and Mia Farrow, they can’t help but fall in love themselves.  At least I couldn’t.

As of today, I have no idea how many times I have read The Great Gatsby, but at least three.  The only stories I ever pick up and read again are those “classics” listed above.  I just wish I could get my hands on a hardback copy of the story.

I have also watched “the original” 1974 film at least a handful of times, and will probably never tire of doing so.  It’s for this one reason why I, like many others, was disgusted at the idea of Hollywood remaking The Great Gatsby.  No one could possibly “be” Jay Gatsby like Robert Redford.  No one.

Except for Leonardo DiCaprio. 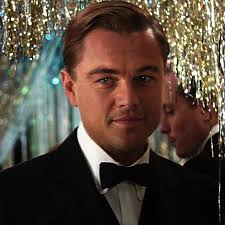 Despite my feelings of disgust at the remake, I went to see it opening weekend in the theaters.  And once the credits rolled, and the tears trickled down my cheeks, I wanted to return to the box office and buy another ticket for the next showing.  I didn’t; but I wanted to.

The 2013 film had it all—the music, including artists Jay-Z, Lana Del Ray, Kanye West, Alicia Keys, Will i Am, and a few of the classics; the parties, over-the-top and extravagant Jay Gatsby gatherings; the fashion, with Daisy (played by Carey Mulligan) adorned the entire film in Tiffany and Co. diamonds, and iconic ‘20s fashion designed by popular designers like Prada; youth, not teenage youth, but young Hollywood stars, including Tobey Maguire (Spider-Man) as Nick Carraway, Isla Fisher (Wedding Crashers) as Myrtle Wilson, and Joel Edgerton (Zero Dark Thirty) as Tom Buchanan; wealth, as evident by the parties and Long Island mansions; and most importantly, love.

The film may have received mixed reviews, but it made a killing at the box office.  And as one who has never really paid much attention to the critics (odd, I know, considering I write reviews of one kind or another on a weekly basis), I fell in love with this film.

Moreover, I fell in love with Leonardo DiCaprio all over again, just like I did after watching his performances in Titanic and Romeo + Juliet.  His portrayal of Jay Gatsby was perfect.  Perfect!  But to be honest, rarely do I watch him in a film where he does not nail whatever role he is playing; and I firmly believe he will be remembered as one of the greatest actors of my generation.

So is the 2013 version worth a watch?  Yes!  I think so.  And every single one of my girlfriends who have seen it agrees with me… and even a few of the guys.  My best friend’s husband actually thanked me for recommending they go see the movie because they too were hesitant.

Should people forget about the Redford version?  No.

Let’s be honest; today’s youth isn’t going to watch a film from 1974.  Maybe a small handful will, but not the majority.  I get it; I was a teen once.  But kids today will go see this 2013 version.   And hopefully they will fall in love with the story just like I did back in the day.

Is it a perfect retelling of the literary piece?  Probably not, but I never go into a movie with those expectations.  Never.

Oh, and before I go, why do I keep referring to the 1974 version as “the original” in quotation marks?  Be sure to read Catie’s post…