Today I’m jumping in with one of the television shows I have been looking forward to returning in the 2014 winter TV season—AMC’s The Walking Dead.

The supernatural element is taking over the television world today, and AMC joins this phenomenon by telling the story of a small group of people working feverishly to survive a widespread zombie epidemic in the great state of Georgia in The Walking Dead.  The series begins with small town sheriff Rick Grimes (Andrew Lincoln) waking from a coma to discover he is alone in every sense of the word: the hospital is desolate, the town looks like a post-apocalyptic war zone, and his family has vanished. 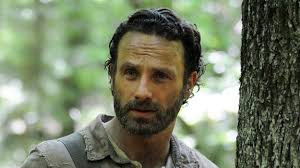 A man and his son save the deliriously weak Rick from his first encounter with a walker, or zombie as we know it, and nurse him back to health and educate him on the events that have transpired while he was in a coma.  The outlook appears bleak, but Rick insists his family is alive and sets out for Atlanta to find his wife (Lori, played by Sarah Wayne Callies) and son (Carl, played by Chandler Riggs).

On his journey, Rick finds his family and his best friend (Shane, played by Jon Bernthal) along with a small group that will become a part of his new family: Glenn (Steven Yeun). Andrea (Laurie Holden), T-Dog (IronE Singleton), Carol (Melissa McBride), Dale (Jeffrey DeMunn), and probably my favorite character… along with most of the show’s other viewers… Daryl (Norman Reedus). 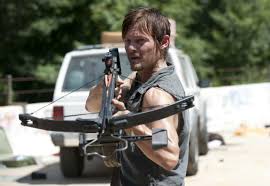 Rick immediately establishes himself as the team leader; but after the camp is infiltrated by a group of walkers and a few lives are lost, the survivors retreat, pack up and head out.  And so the journey begins….or continues in this case.

The first season of The Walking Dead is only six episodes, making it perfect for a marathon style viewing party (that’s what we did).  In season two, the survivors cohabitate on a farm with Hershel (Scott Wilson) and his daughters (Maggie, played by Lauren Cohen, and Beth, played by Beth Kinney).  Of course, as expected, they have to abruptly leave the farm and take up residence in an abandoned prison, which begins season three.  And along the way, they cross paths with The Governor (David Morrissey) and a few other recurring characters (like Michonne, played by Danai Gurira, and Tyreese, played by Chad L. Coleman). 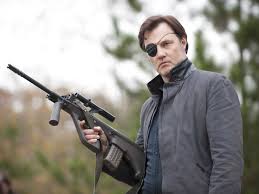 Now in season four, the group’s once safe fortress is no more…

Just how successful is The Walking Dead?  The series has already been picked up for a fifth year and averages anywhere between 10-16 million viewers per episode.   Yeah, it’s one of the most popular TV shows on today…

The Walking Dead is shot without the vibrant colors of shows like Hawaii Five-0; but while not black and white, still appears dark and gloomy in relation to the current state of events.  The episodes are not for those with weak stomachs and are filled with suspense, leaving us hanging on by the seat of our pants.  Not every character is likable, yet we find ourselves hoping that the walkers don’t bite anyone else.

The series is a bit graphic at times.  Honestly, I almost stopped watching at one particular point in the pilot episode (I did not like seeing the walkers devour a horse).  But I stuck with it and I really am glad that I did. 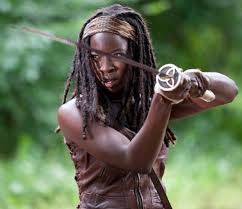 Oh, and most importantly, not one single character is safe from death.  Not one.  Of all the survivors listed above, six have already perished.  I just won’t say who…

What do you think?  Do you watch The Walking Dead?  I’d love to hear from you!