Today, we’re mixing it up with a teen sci-fi program and a few comedies. 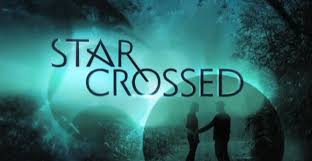 CW Summary:  When an alien spacecraft crash-landed on Earth, 6-year old Emery Whitehill harbored an Atrian boy before losing him to authorities; ten years later, Emery finds the boy, along with fellow Atrians, has returned to her town as a social experiment.

Originally titled Oxygen, Star-Crossed has been compared to Romeo and Juliet with aliens.  For the aliens (Atrians), earth was supposed to be a refuge, a place to find unification after their world was attacked.  But for the Americans, their arrival is an invasion and they fear the Atrian kind.

Oh yeah, and of course Star-Crossed wouldn’t be a true teen drama, aliens or not, without a love triangle…

We’re a little late with this one… Star-Crossed premiered last night, February 17th, but the CW is usually pretty good about replaying a pilot episode, as well as making all of the episodes available online for the viewer’s convenience. 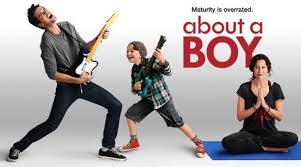 NBC Summary:  An unemployed man, who lives solely off of the money earned from writing a hit song, has his perfect life turned upside-down when a single mother and her 11-year old son move in next door, thrusting him into playing the role of surrogate father.

Will loves his responsibility-free life.

Marcus is an outsider that none of the other kids really get.

But once Marcus and his mom move in next door, the two form an unlikely friendship.

Based on the book by Nick Hornby, written by Jason Katims (Parenthood and Friday Night Lights), and directed by Jon Favreau (Iron Man), About a Boy promises a lot of heart and tons of laughter.

The sitcom stars: David Walton (the adorable actor from the short-lived Bent) as Will; Minnie Driver (Good Will Hunting) as Fiona; and Benjamin Stockham (1600 Penn) as Marcus.

About a Boy premieres Saturday, February 22nd on NBC after the Olympics.  The sitcom will then air on its regularly scheduled night—Tuesday. 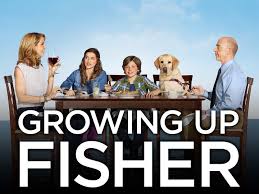 NBC Summary: An 11-year old, who has been his blind father’s eyes and wingman for as long as he can remember, has his world turned upside-down when his parents decide to separate, which starts the family down a path of changes from their usual roles.

Mel is just as normal a father as can be – he teaches his kids to drive; he works in the yard; and he plays sports with his son.  There’s only one issue—he’s blind.

Joyce is living a teenager’s dream, except she’s the mom.

Katie is a regular teenage girl.

And Henry.  Henry is accustomed to being his dad’s guide, who has to now not only adjust to his parents’ divorce, but also his being replaced by a “real” guide dog.

Growing Up Fisher is narrated by one of my crushes—Jason Bateman (and he also serves as one of the executive producers).  With him behind it, I may have to give this one a try.

Growing Up Fisher premieres Sunday, February 23rd on NBC after the Olympics.  The sitcom will then air on its regularly scheduled night—Tuesday.

If I had to rank these in order of which one I’m most looking forward to, I’d put Star-Crossed at number one.  About a Boy probably comes in second with Growing Up Fisher following in last place (sorry Jason Bateman).  Here’s the thing – I totally expect the CW teen sci-fi drama/romance to outlast both of NBC’s comedies.  Why?  Because mid-season sitcom replacements usually don’t fare all that well.  That said, I’m not really chomping at the bit to see any of these—but that’s me.