And while this still rings true for some series, times have changed (for the most part).  Today’s May sweeps ultimately means knowing which shows will return and which shows will be swept away before the season finales have all aired.

Recent years prove that no show is safe: many shows are done after only one season; some shows make it through the toddler years, a minimum of two or three seasons; some programs have aired for years, even decades with multi-generational loyal followers; and, sadly, some still await their destiny.

2014 is no different and television’s broom was very busy AGAIN this year…. 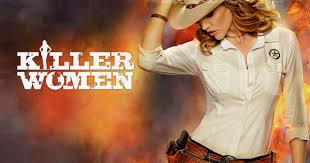 Goodness! Is anything left on TV? Of all of these, the one that stings the most is Killer Women. But then again, nothing new on ABC really had a chance this year. I do believe they’re guilty of the most cancellations of any other channel.

The Carrie Diaries, The Neighbors, Revolution, and Suburgatory

No real loss here as far as I’m concerned…

Community, How I Met Your Mother, Nikita, Psych, and Raising Hope Barely Escaping with their Lives

The Mentalist – whew! If you are anything like us, we were actually pulling for The Mentalist to be renewed. There was just something about this revamped season post-Red John that refreshed the series. A part of me wasn’t all that worried, considering rumors swirled stating a cable channel might pick it up if CBS had dropped the ax on it… but they didn’t, so it doesn’t really matter. But back to rumors… I have heard that this next season will be the last; however, I can’t find anything to back that up. So who knows? I do appreciate when a network gives a show the head’s up, providing the writers and creators a chance to tie everything up with a pretty red bow.

And speaking of that pretty red bow… not all chivalry is dead—some shows have earned advance notice that next season will be their last.  Thank you networks; thank you for allowing the writers to close out a series appropriately for the loyal fans.  This doesn’t happen all that often, just ask Law & Order. 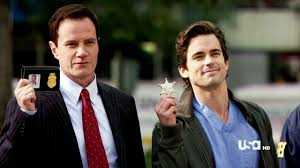 White Collar – At least we will get six episodes that reveal how Peter is going to save Neal and how this criminal turned do-gooder and Fed will live happily ever after.

And probably an even bigger one for my family…

Justified – I don’t even want to think about this one. Much like I tried to ignore the fact Psych was ending this year. I understand the creators wanting to wrap this up, with Mr. Elmore Leonard’s passing and all. But what will I do without Raylan and Boyd? 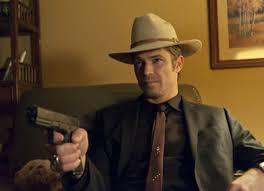 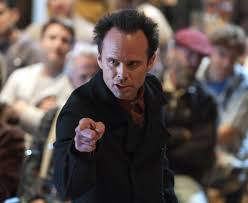 Next year’s final season will be rough. However, the season finale this year did give us a glimpse as to what the final season would entail… and let’s just say they’ve got a really good storyline brewing. Who will a root for? The good guy… Raylan? Or the best anti-hero on television… Boyd? I just don’t know!

Seems a bit insane, doesn’t it?  What’s the moral of today’s blog?  Don’t get too attached to freshman television series… AND NO television show is safe from the “new” version of May sweeps.

Which of these cancellations came too soon as far as you’re concerned? I’d love to hear from you!