This means it’s not only time to watch our favorite teams kick off, but also time for those special foods that we make specifically for football games.

Now onto the food… 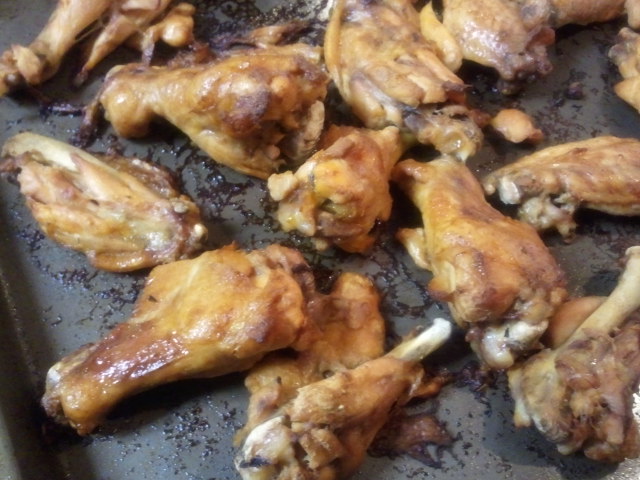 I’ve posted this recipe before, but it’s worth the share again.  Especially since my guy and I love these wings so much we’ve made them the past two weekends for Texas Tech football!

I first found this recipe via AllRecipes.com for the Super Bowl, and luckily my wings were a much bigger hit than the game itself this year…

My guy and I aren’t big on frying foods.  We’ll eat ‘em when we go out on occasion, but we tend to stay away from making fried foods in our house.  Which is why this recipe was very intriguing to us both.  It’s not fried AND it uses the crock pot!  I do love my crock pot…

In a saucepan, combine one of the 12-oz bottles of wing sauce, ½ cup of melted butter, Worcestershire sauce, oregano, onion powder, and garlic powder.  Heat sauce over medium heat and bring to a boil.  Reduce heat to low and simmer for five minutes.

Place chicken wings in the crock pot and pour the sauce mixture over them.

Cook on high for two hours.

Reduce heat to low and cook for another two hours.

Preheat the oven to 400 degrees.

Spread the wings onto the prepared baking sheet and bake in the oven until the wings are crisp and brown (for about thirty minutes).

Meanwhile, melt the other ½ cup of butter with the other 12-oz bottle of wing sauce in a small saucepan and simmer until thickened (about twenty minutes).

Brush sauce onto wings before serving.

This is some serious yum here, folks.  The meat just falls off the bone. 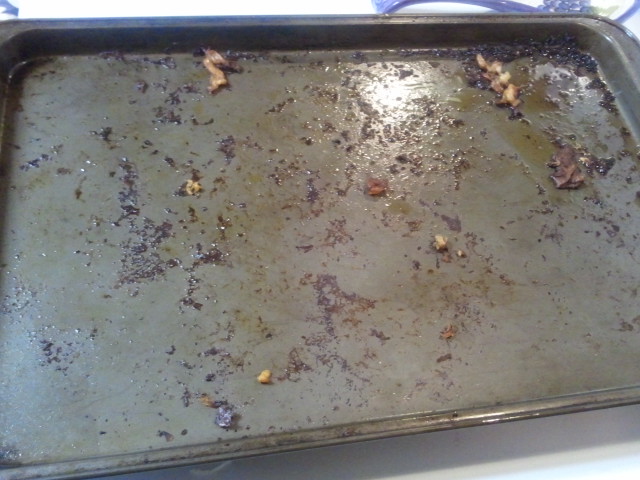 And before anyone says, “But I like crispy wings…”  These slow-cooked and baked wings are crispy!!  We don’t always have to fry for the crisp.  Just sayin’.

What do you think?  Is this recipe worth a try?  Have any other easy wing recipes to share?  I’d love to hear from you!

Original recipe found on this site: