Today, we’re mixing it up with ABC’s all new comedies and dramas… all premiering this week! 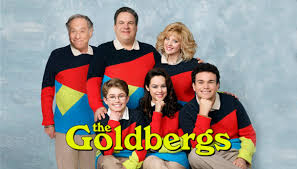 ABC Summary: For geeky 11-year old Adam, these were his wonder years, and he faced them armed with a video camera to capture all the crazy.  The Goldbergs are a loving family like any other, just with a lot more yelling.

The year is 1985. And The Goldbergs has it all—the clothes, the hair, the earrings, the makeup, the cars, the music… awe, long live the ‘80s!

But let’s talk about the series…

The Goldbergs are a close, loving family, and just as dysfunctional as any other family.  But we (the viewers) get to witness all of the craziness (like dad dropping his pants the moment he walks in the door from work), courtesy of the youngest Goldberg filming everything with his big ole video camera.

I’m a child of the ‘80s and I love to laugh; and as much as I hate to admit it, The Goldbergs trailer had me at hello.  Perhaps I could relate?  Anyway, let’s just hope the series is as entertaining as it seems it is going to be.

Based on the British series, The Syndicate, and executive produced by Steven Spielberg, Lucky 7 follows the lives of seven gas station employees and coworkers after they strike gold in the New York lottery.  They should all celebrate; they could all use the money; but like with every other thing involving money, it might not be as easy as they thought.

Unlike many of the other new fall programs, Lucky 7 did not have a special behind-the-scenes segment or preview for me via OnDemand.   Not only that, the series stars a lot of relatively unknown actors (see below), and the quick trailer airing on ABC doesn’t really show all that much, leaving me intrigued.  I only hope this means I’ll be interested in the story after the pilot and not deleting the show from my DVR right off the bat. 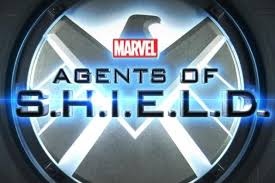 Only now, we get to meet the agents behind S.H.I.E.L.D. that Agent Phil Coulson (Clark Gregg, The New Adventures of Old Christine) has handpicked.  We all might recognize Agent Coulson from the movies mentioned above (Iron Man, Thor, The Avengers, etc.); but did we know he was supposedly killed in action, but brought back to put together the perfect team to investigate new threats?  Now we do… and he is the glue that holds the organization together.

First, we have Agent Fitz (Iain De Caestecker) and Agent Simmons (Elizabeth Henstridge)—Fitz is the gadget man and Simmons is the biochemist.  Together they love their jobs, are thrilled to be a part of the team, and are pretty much unstoppable.

Then we have Agent May (Ming-Na Wen, ER)—she’s a former field agent now confined to the office, but why?  Don’t know… but we do know she’s mysterious, quiet, and a top-notch fighter… as in hand-to-hand combat.

And last but not least, we have Skye (Chloe Bennet, Nashville)—she’s the tech expert, a computer hacker who finds herself as a member of the team after she cracks the wrong code.  Whoopsie. 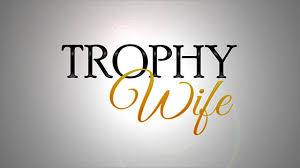 ABC Summary: A reformed party girl, now the third wife of a slightly older man, finds herself with an instafamily (consisting of three stepchildren and two ex-wives).  But she is determined to make this work and become a part of the family no matter what.

After meeting her husband in a karaoke bar, Kate (Malin Akerman) jumps feet first into her new life.  She wants to bond with her new stepchildren, even if it means chugging the alcohol one of them is about to get busted with, and with her husband’s ex-wives… both of them.  She may not know what she is doing, but she won’t let anything get in her way.

First of all, I really like Malin Akerman.  Not only is she beautiful, but she’s actually quite funny (Harold & Kumar Go to White Castle, The Heartbreak Kid, Couples Retreat, Wanderlust, and most recently, Suburgatory).  I pretty much immediately knew I would want to check this new sitcom out, mainly just to watch her and laugh.

The new sitcom also stars: Bradley Whitford (The West Wing) as Kate’s husband, Pete; Marcia Gay Harden (does she really need an introduction?) as Diane, one of Pete’s ex-wives; Michaela Watkins (The New Adventures of Old Christine) as Jackie, ex-wife number two; Natalie Morales (Parks and Recreation) as Meg, Kate’s friend; and Bailee Madison (Just Go With It) as Hillary, one of Pete’s kids. 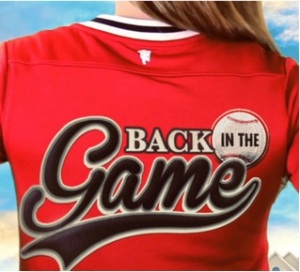 Back in the Game

ABC Summary: Over the past decade, Terry Gannon has found herself with a baby, a lost college scholarship, divorced, and moving back in with her father.  And when a neighbor offers to finance a baseball team for kids that didn’t make the cut, including her son, she offers to coach the team of misfits.

Terry Gannon, Jr. (Maggie Lawson, Psych) had a very promising softball career… until she got pregnant and lost her college scholarship.  So she did what she felt was best and married the father of her son.  But things didn’t work out, and following a divorce, she and her son move in with her dad (James Caan—no introduction necessary, right?).

Dad… Terry Gannon, Sr.  “The Cannon.”  He, too, had a promising career as a professional athlete; but all that went to the wayside.  And now he’s just an opinionated ex-star, who enjoys his sofa and an ice-cold beer.  And I’m not quite sure he ever really excelled at being a single father either…

Anyway, trying to get her life back on track, Terry Jr. encourages her son to try out for little league, despite his not knowing much, if anything, about the sport.  But when he and a group of kids fail to make the team, a wealthy neighbor backs them and Terry offers to coach the misfits.  Kinda sounds like a story of redemption, right?

The new sitcom also stars: Griffin Gluck (Just Go With It) as Danny Gannon; Lenora Crichlow (the BBC’s Being Human) as Gigi; and Ben Koldyke (How I Met Your Mother) as Dick.

Back in the Game premieres tomorrow, Wednesday, September 25th on ABC.

If I had to rank these in order of which one I’m most looking forward to, I’d put Agents of S.H.I.E.L.D. at number one.  Back in the Game probably comes in second because I adore Maggie Lawson and James Caan.  The Goldbergs and Trophy Wife follow behind at numbers three and four.  Both do look funny… and I LOVE the ‘80s and Malin Akerman… Lucky 7 comes in fifth (last) place.  So far I just don’t know much about this one; therefore, I’m looking forward to it the least.  But don’t worry; I will watch it before casting any judgement.