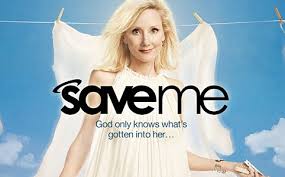 A few years ago, the Hallmark Channel aired a new two-hour TV Mystery Movie every Friday night.  These programs were very entertaining and mystifying, and created character adoration with audiences that lasted a couple of seasons each before suddenly stopping.

Mystery Woman stars Kellie Martin as Samantha Kinsey, the young Nancy Drew-like sleuth who inherits an old-fashioned book store.  Samantha’s book store assistant who has a background as a government secret agent (played by Clarence Williams III), and her best friend who also happens to be the assistant district attorney, help her drive the town’s chief of police crazy by sticking their noses in cases where they clearly don’t belong as civilians.

McBride stars John Larroquette as M. “Mac” McBride, a former detective turned defense attorney who works with an over-zealous young assistant and his adorable dog.  McBride takes cases that no one else will, and the police and his ex-girlfriend/lead detective (Marta DuBois) laugh at his chances in court, despite his win/loss record.

Jane Doe stars Lea Thompson as Cathy Davis, a stay-at-home puzzle maker and mom who can’t stay away from her days at the Central Security Agency, especially when her old partner (Joe Penny) returns repeatedly asking for her to step aboard in a consulting role.

While we mourn and remember these television mysteries, now we can look forward to the return of the two-hour TV mystery as TNT brings us Mystery Movie Night with a new story each week (sometimes two) until the end of the year, starting tonight.

November 29th – Scott Turow’s Innocent stars Bill Pullman as a judge suspected of killing his wife decades after he was charged and cleared of killing his mistress…also starring Richard Schiff, Alfred Molina, and Marcia Gay Harden.

November 30th – Ricochet, based on the novel by Sandra Brown, stars John Corbett as a detective who finds himself in a sticky situation while investigating a judge, having an affair with the judge’s wife, and investigating a murder…also starring Gary Cole and Julie Benz.

December 7th – Silent Witness, based on the novel by Richard North Patterson, stars Dermot Mulroney as a defense attorney, once accused of murder himself, defending his long-time friend for the murder of one of his students…also starring Michael Cudlitz, Anne Heche, and Judd Hirsch.

December 13th – Good Morning, Killer, based on the novel by April Smith, stars Catherine Bell as a FBI agent working undercover as she tracks a serial killer…also starring Cole Hauser and William Devane.

December 20th – Deck the Halls, based on the novel by Mary Higgins Clark and Carol Higgins Clark, stars Kathy Najimy as a former maid turned private investigator working with her detective friend as they search for two missing persons hoping to solve the case before the holidays…also starring Scottie Thompson.

Set the DVRs now!  Which of these new TNT mystery movies are you most looking forward to?

Did you watch the Hallmark Channel Mystery Wheel?  Which story did you enjoy the most?   Which of your favorite mystery novels would you like to see adapted to the small screen?  I’d love to hear from you!