Last week, we reminisced about the popular family sitcoms of the 1980s including favorites Who’s the Boss?, The Cosby Show, Family Ties, Growing Pains, and The Wonder Years.  The Ooo Factor viewers remembered even more with shows like Alf and The Hogan Family – weren’t these sitcoms great?  These television shows allowed real-life families to join around the living room TV set and watch television families work through the dysfunction in their “make-believe” lives while making us laugh.

But the family oriented thirty minute situational comedy isn’t the only thing missing from television programming today – where’s the one hour family drama?  We touched on Life Goes On and Our House last week – two one hour dramas that focused on family units resolving difficult issues like dealing with a brother’s disability or a father’s death.

The 1980s provided many great honest-to-goodness family dramas that were safe for children of all ages to watch alongside their moms and dads such as: 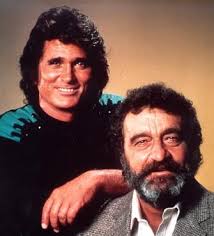 We also cherished the ABC after school special in the ‘80s and ‘90s.  Remember those?  Kids learned valuable lessons like: handling the difficulties surrounding blended families after moms and dads remarry; understanding the dangers of drug use, drinking, and unprotected sex; as well as learning how to cope with molestation and rape.

Perhaps one of the most brilliant aspects of the after school special was the network’s casting of young TV heart-throbs like Scott Baio (Charles in Charge), Billy Warlock (Days of our Lives), and Kirk Cameron (Growing Pains) to play vital roles in the made-for-TV movies.

Speaking of the ‘90s, this decade didn’t take a complete detour from family programming and produced multi-year hits like: 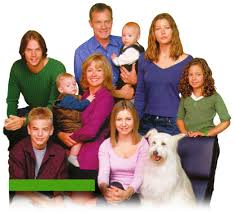 One of our favorites was the short-lived Get Real starring Jon Tenney (The Closer), Deborah Farrentino, Anne Hathaway (The Princess Diaries), Eric Christian Olsen (NCIS: LA), and Jesse Eisenberg (The Social Network) as the Green family.

Mom and dad Green had their issues (for example, mom suspected dad of cheating), and the teenagers definitely had their issues (the usual sibling rivalry, secrets, and coping situations).  The Greens resembled what we’d consider a normal family today – they struggled, they loved, and they learned.  The program walked its viewers through the family decisions, as they hoped to reach a positive outcome, but didn’t always succeed. Unfortunately, this series failed after twenty episodes.

But mostly, the ‘90s began what we now know as YA television with dramas appropriate for teenagers, but perhaps not children under the age of twelve with programs including: 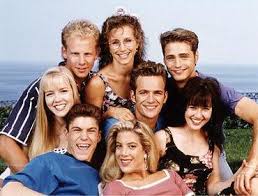 My So Called Life

Television airs many of these YA programs today such as The Vampire Diaries, The Lying Game, Pretty Little Liars, and The Secret Circle to name a few.  While great TV, watching these shows is a tad risky for the younger audience, mostly due to the high volumes of violence and sex.

In 2010, ABC tried their hand at a family friendly drama similar to those we watched in the ‘80s and ‘90s that was appropriate for all ages, but No Ordinary Family was pulled from the air waves after a short first season.  Why didn’t this show make it?  Apparently it lacked viewers.

Why weren’t families watching No Ordinary Family?  The series started when mom (Julie Benz) and dad (Michael Chiklis) take the kids on a much needed vacation to strengthen their family unit, and they return with superpowers: the mom has super speed, the dad has super strength, the teenage son has a super brain, and the teenage daughter has telepathic abilities.  No Ordinary Family had the ever-important family dynamic, was full of motion-picture-esque action sequences, and taught morals like the importance of not cheating in school no matter the reason, yet this program fell victim to the network’s axe after twenty episodes.

Instead, shows like the Secret Life of the American Teenager, a drama that focuses primarily on teenage sex and pregnancy, last for multiple seasons.

Just something to think about…

Obviously, family television has changed over the years – is it for better or worse?  What ’80s and ‘90s family dramas did you enjoy?   Which one-hour drama does your family watch today?  Is it considered a family drama?  I’d love to hear from you!