The holidays are near, and it is this time of year that usually limits the amount of new television programs airing on the major networks.  So, what do we do when our DVR isn’t as full as it usually is?  We watch the oldies, but goodies.

This week, Amber West and I discuss our favorite daytime reruns that we enjoy watching while we clean house, fold laundry, and bake treats for our sweets – Charmed and a Law & Order.

Aaron Spelling produced many hit television series during his lifetime – Charlie’s Angels, Dynasty, The Love Boat, Hart to Hart, and the original Beverly Hills, 90210 and Melrose Place to just name a few.  That’s why when Charmed premiered, this TV addict was immediately on board.  And when I learned the show was about witches?  Major bonus.

Charmed begins as the Halliwell sisters reunite in San Francisco for their grandmother’s funeral and soon discover that they come from a long line of female witches.  After the youngest sister reads the family’s Book of Shadows (a book containing the spells and magic from their ancestors), she believes that she and her sisters are supposed to be the most powerful witches of all time.

One by one, the sisters learn they each possess a unique magical power, and they are quickly thrust into the line of fire when their first demon attacks.  Unsure of how to defeat the demon, the sisters join hands and repeat a passage from the Book of Shadows, “The Power of Three will set us free.”

And that it did, for eight seasons.  Of course, The Power of Three chant wasn’t always the spell needed to defeat the bad guy, but ultimately, Charmed was all about The Power of Three.  Over the years, we watched the sisters learn the ins and outs of their magical heritage, hone their individual powers, and most importantly, protect the world from The Source (the “source” of all evil) and other demons and warlocks. 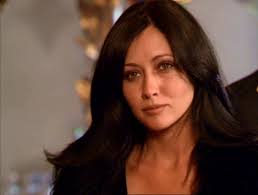 The oldest of the sisters, Prue Halliwell (Shannon Doherty), works as an art appraiser and photographer.  She has always felt responsible for her sisters, due to their mother’s death when they were young.  At the beginning of the series, Prue shares a rocky relationship with her youngest sister, one they must work through quickly in order to survive.

Prue’s power?  Telekinesis – she can move things with her mind, meaning she can throw the bad guy against the wall, through the wall, whatever – perhaps the best power of all the sisters.  Prior to her death (sorry for the spoiler), Prue also inherits the ability to teleport, a skill that proves life saving on multiple occasions.

Middle sister Piper Halliwell (Holly Marie Combs) works as an aspiring chef and buffer to her sisters arguing.  Piper is a romantic always looking for love.  Actually, her boyfriend in the pilot is the warlock attempting to kill the sisters.  After Piper recovers from that failed relationship, and a few others, she meets the man of her dreams and future husband – Leo Wyatt (Brian Krause).

Leo is also the sister’s Whitelighter, their guardian angel who can “orb” (move magically through space) them out of trouble.

Piper’s power?  She can freeze time and people.  Eventually her power evolves and she has the ability to blow things up, which comes in very handy when facing a demon. 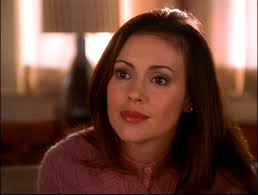 The youngest of the three original sisters (explanation to come), Phoebe Halliwell (Alyssa Milano) is nothing like her sisters.  Where Prue and Piper are both professionally driven, Phoebe has no idea what she wants to do with her life; however, after putting herself through college, Phoebe decides to go to work as a reporter for the local paper. 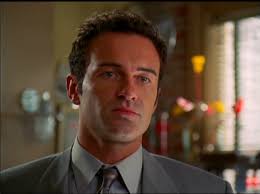 Phoebe’s power?  Premonition – she can see things in the past, as well as in the future.  Her powers intensify and she develops the ability to levitate, which she uses to learn and master martial arts in order to kick demon butt.  She also later develops the power of empathy, which she can use to mimic another’s powers or sense exactly what they feel. 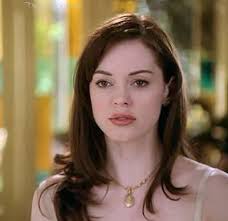 After Prue’s death, Piper and Phoebe meet a sister they never knew about – Paige Matthews (Rose McGowan).  When the girls were younger, their mother had an affair with her Whitelighter and later gave the baby to a nun for protection.  Paige was adopted by “normal” parents and led a semi-normal life.  That is until she was drawn to a stranger’s funeral – Prue’s funeral.

Paige’s Power?  Tele-Orbing – Paige inherited the Whitelighter abilities (including orbing) and combined with her telekinesis (like big sis, Prue), she has the ability to call out for items and they will be drawn to her. 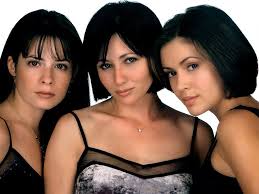 Charmed’s eight seasons weren’t enough for this television addict and supernatural lover.  I cried my eyes out during the series finale.  I still miss the sisters, their powers, the witchcraft, Leo, Cole, and even babies Wyatt and Chris (Piper and Leo’s sons) to this day.

When I noticed TNT airs episodes during the day, I immediately set the DVR so I could watch the greatness of Charmed again, in order – from start to finish.  It will always be one of my favorite programs of all time, and therefore I must award the MacTV rating.  Charmed is like that good ole bowl of mac-n-cheese; it’s not the best food in the pantry, but man is it delicious!

By the way, if I ever get a tattoo, it will be of the triquetra – the symbol on the Book of Shadows.

Did you watch Charmed?  Which sister’s power do you wish you possessed?  Do you prefer demon Cole or whitelighter Leo?   Generally speaking, do you believe it witchcraft?  I’d love to hear from you!

Now click over to Amber’s blog and find out which Law & Order she prefers while folding laundry and baking treats for her sweets all day long…and why.

Come back next week when Amber and I something just in time for the holidays.

New to television this fall, The Secret Circle has left viewers a bit conflicted.  For one, the fans of the popular YA series by L.J. Smith are not impressed with the CW’s adaptation of the books.  The television series has changed quite a few things including the town (New Salem, Massachusetts in the books versus Chance Harbor, Washington on the television show) and the number of witches required to complete the circle (twelve in Smith’s books to six on the CW).

But for those of us who have not read the books, The Secret Circle ranks up there with the best of the new fall TV shows.

From the creators of The Vampire Diaries, The Secret Circle follows teenager Cassie Blake (Brittany Robertson) after her mother’s death (well, murder).  Cassie moves to her mother Amelia’s (Emily Holmes) hometown to live with her grandmother (Jane played by Ashley Crow), where she meets a group of friends that help her uncover her destiny – she’s a witch.

Cassie learns that their families have a deep history of witchcraft dating back hundreds of years.  In order to complete their circle, one member from each of the original families is needed.  The power of six magnifies the circle’s power one hundred percent, and Cassie is the sixth.

Adam (Thomas Dekker) is immediately attracted to Cassie, and according to his father’s tales, the two are destined to be together.  The one problem standing in the way is Adam’s girlfriend, Diana (Shelley Hennig), the practical and good-natured leader of the circle.

Other members of the circle include: Faye (Phoebe Tonkin), the spoiled, selfish, and beautiful witch who often times practices reckless magic putting those around her in harm’s way;  and Melissa (Jessica Parker Kennedy), Faye’s best friend who happens to be in love with fellow member, bad-boy Nick (Louis Hunter).

It takes convincing, but the teenagers bind their circle which in essence binds their individual powers.  Once the circle is bound, the witches encounter many dangers including demons and witch hunters.  It takes a near death experience before Cassie learns that she may be the most powerful witch of all; but what she doesn’t know is that this power is directly tied to dark magic.

Each member of the circle has lost at least one parent already: Cassie and Nick are orphaned, having lost both parents; Adam and Diana have each lost their mothers; and Faye’s father is dead.  For whatever reason, Melissa’s family has yet to be introduced so we’re not sure which of her parents has passed, or if she too is an orphan.

The young high schoolers are only part of the story.  Witches come from witches, and the secrets behind their parents’ coven and a mysterious fire sixteen years earlier make for an interesting tale as well.

So far we’ve been introduced to the six members of the circle, and a few of their single parents and grandparents (the elders).   We know that Faye’s mother, Principal Dawn Chamberlain (Natasha Henstridge) seems to be quite angry that the elders bound her powers and she wants desperately to be able to perform witchcraft again.

We also know that Diana’s dad Charles (Gale Harold) is responsible for Cassie’s mother’s death and that he is working feverishly with Dawn to recover their powers, destroying anyone who stands in their way.  And, we know that Adam’s father Ethan (Adam Harrington) drowns his sorrows in alcohol, pines away for Amelia, and is bullied by Dawn and Charles.

The storytelling has this TV addict hooked with so many questions… What happened in the fire sixteen years ago?  Who is Cassie’s father; is he the leader of the witch hunters? By the way, does anyone think it’s funny that JR Bourne (Isaac) plays a witch hunter on The Secret Circle and a werewolf hunter on Teen Wolf?  He must like to hunt…

Anyway, back to The Secret Circle: will Jake (Chris Zylka) fall for Cassie or will he destroy the circle?  What’s going to happen when someone discovers that Cassie possesses her family’s crystal?

The Secret Circle has been picked up for a full 22 episodes – how many of our questions will be answered?  I miss Charmed, and while The Secret Circle isn’t quite as good (in my opinion), it fills the hole that the Power of Three left behind.

So, what do you think?  Have you watched The Secret Circle?  What are your thoughts on the YA series versus the CW production?  Out of curiosity, did they kill Nick’s character in the books (that came as a bit of a shocker to me)?  I’d love to hear from you!