What’s one of the most common phrases used by toddlers when asked, “Who did this?”  How about: “Not me!” (usually coupled with the famous pointing of a finger to the nearest scapegoat).  Children learn at a very early age to lie, even if it’s a harmless little-white lie.  Right?

The lies worsen as we get older.  We look for excuses behind why we brought home a bad grade, or why we were accused of cheating.  Perhaps some of us were really devious and were looking for the perfect fib when our parents caught us sneaking out the window late at night.  Oh, don’t worry; I never did this, Mom and Dad.

Regardless, everyone lies – which brings me to today’s Why It’s Worth a Watch Wednesday show – ABC Family’s Pretty Little Liars, where lies haunt from beyond the grave.

The series begins when Alison DiLaurentis’ (Sasha Pieterse) remains are found a year after her mysterious disappearance in the fictional town of Rosewood.  This event brings together her four former best friends, who had drifted apart following that fateful night.  Alison was the glue that held the girls together, the leader of the high school clique.  As the episodes progress, viewers see Alison’s viciousness and many of the secrets that she holds over everyone’s heads – not a nice girl.

After attending Alison’s funeral, the four friends reunite outside the chapel when each of their cell phones sound – they’ve received their first threatening text message from “A” – and the mystery begins: Who killed Alison? And, who is “A”? 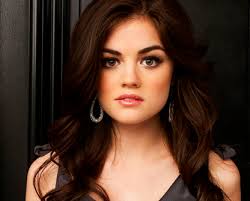 BFF #1 – Aria Montgomery (Lucy Hale) returns home from a year abroad with her family, and forgetting she’s a teenager and back in America, goes to a local bar where she meets Ezra Fitz (Ian Harding).  The two immediately hit it off and share a kiss after connecting over their love for literature.  The next day at school, Aria walks into English class where she discovers Ezra is also her teacher.

Meanwhile, emotions erupt at home when her mother (Ella Montgomery, played by Holly Marie Combs) leaves her father after discovering the true reason behind the family’s extended absence from Rosewood – Aria’s father, a professor, had an affair with a teaching assistant at the local college.  Aria and Alison knew this secret, having spotted Mr. Montgomery (Chad Lowe) making out with his TA in his car.  Whoopsie!

Isn’t it ironic that Aria now begins a torrid love affair and dates her teacher after torturing her father for a similar inappropriate relationship?  “A” won’t let Aria forget it….. 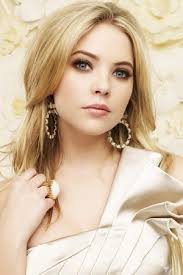 BFF #2 – Hanna Marin (Ashley Benson) replaced Alison as the most popular girl in school following her friend’s disappearance.  “Hefty Hanna”, as Alison liked to call her, dropped her baby fat, partnered with her new BFF Mona and took to a life of brattiness and shoplifting.

Hanna lacks the self-confidence a young woman needs, having watched her father walk out on her and her mother.  She spirals out of control, throwing herself at her boyfriend, only to be rejected.  Not helping matters, Hanna watches as her single mother (Ashley Marin, played by Laura Leighton) bails her out of trouble by bedding the detective on Hanna’s shoplifting case.

Hanna really has the worst of luck – she wrecks her boyfriend’s car, and she is run-over when she gets dangerously close to discovering “A’s” identity.  When Mona throws her a surprise “glad you’re alive party,” someone steals all of the money (assumedly “A”) that Hanna’s mother stole from a client at the bank.  And, while following “A’s” sordid trail back to the money, Hanna falls for the wrong boy who happens to be feeding information to the girls’ nemesis, Jenna Marshall (Tammin Sursok). 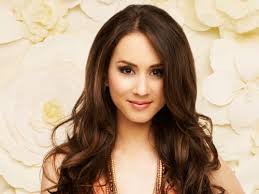 BFF #3 – Spencer Hastings (Troian Bellisario) is the poor-little-rich-girl of the bunch.  Her successful parents push Spencer to be the absolute best, much like they did with her older sister Melissa.  Spencer is brilliant, but plays second fiddle to her sister, always aware that her parents favor her.  To retaliate, Spencer kisses her sister’s boyfriend (Ian Thomas) and then later kisses her new fiancé.  Matters get worse for Spencer when Melissa surprises the Hastings family by abruptly marrying Ian right after calling off her previous engagement.

Spencer begins to investigate her new brother-in-law, and slowly uncovers an affair between Ian and Alison before Alison’s disappearance.  As she continues to investigate, Spencer believes that Ian not only stalked her best friend, but also killed her, causing the rift between Spencer and her sister to intensify.

Now a suspect herself in Alison’s murder, Spencer befriends Toby Cavanaugh who also happened to serve time in jail briefly as the main suspect in Alison’s death.  Did I mention that Toby is also the half-brother of Jenna?  Toby knows just how deceiving and manipulative his sister can be….is Jenna “A”? 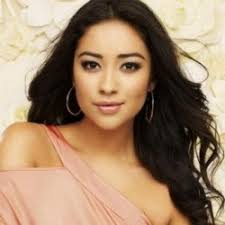 BFF #4 – Emily Fields (Shay Mitchell) is the daughter of a military father always away on assignment who is confused with her own sexuality.  She starts the series with a boyfriend, but then falls for the new girl, Maya sending her mother (Nia Peeples) into a tailspin.  Making even more of a splash, Emily takes Toby to the homecoming dance as her date trying to hide the fact that she’s gay.  The fact that Emily doesn’t totally believe in Toby’s innocence, like the rest of the town, leads to a dangerous encounter.

After accepting that she was a homosexual, Emily is devastated when Maya is sent away to military school after marijuana is found inside Maya’s back pack.  Emily turns back to her swimming career and begins having feelings for her competition and swim-mate.

Emily’s world continues to turn upside down when her mother announces that they’re leaving Rosewood to live with her father, who is stationed in Texas.  Meanwhile, Emily holds the key to the photo evidence Spencer uncovered of Ian and Alison on her home computer, which conveniently gets erased when the realtor shows the Fields’ house.

Obviously, each of the teens have oodles of conflict surrounding them, even without “A” threatening their every move.  Throw in the suspicions the police and their parents have regarding their involvement in Alison’s murder, and the lies they continuously try to hide despite “A’s” best efforts, Pretty Little Liars doesn’t bore their viewers – they have twists and turns week in and week out.

I give the girls & the mystery behind Pretty Little Liars another MacTV rating – despite the fact that I’m in my thirties, I tune in every single week to watch these little teenagers scurry around playing detective trying their best to solve their BFF’s murder and discover the true identity of the creepy texter known only as “A” who anticipates their every move.

Do you watch Pretty Little Liars or is the show too young for you?  What do you think of the mystery – have you figured out the identity of “A” or who killed Alison?  Which of the girls do you relate to the most – Aria, Spencer, Hanna, Emily, Alison, or the outcast Jenna?  I’d love to hear from you! 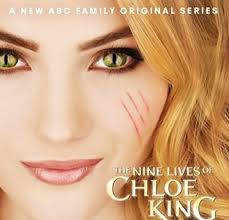 Remember to stop by the Twitter hashtag (#watchwed) and visit with us about today’s posts and any of today’s television shows that you’d like to see discussed on our series in the future.  Next week we swap channels and move over to TNT where we’ll discuss Franklin & Bash and Men of a Certain Age. 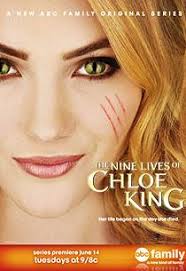 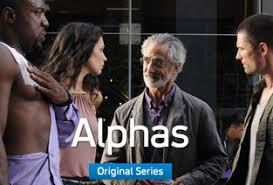 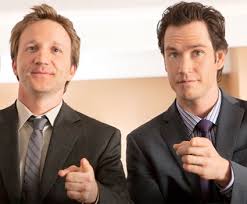 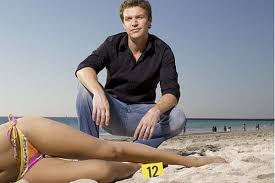