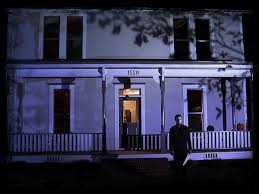 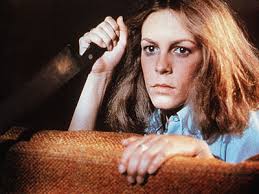 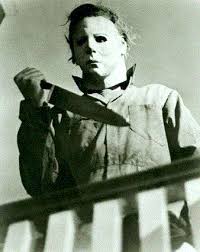 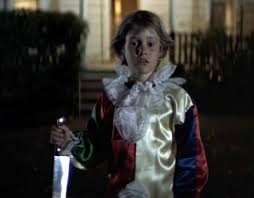 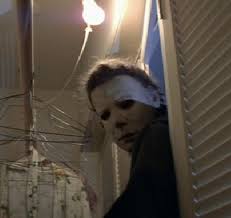 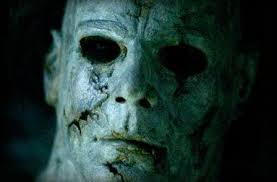 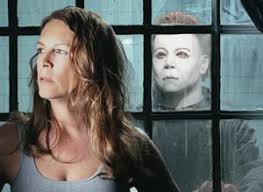 Who’s the killer in the original Friday the 13th? 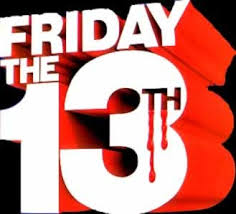 It all started in 1980, when innocent camp counselors worked to open an old camp site; a camp that had been closed after a young boy, Jason Voorhees, drowned in the lake.  How did Jason drown?  Two camp counselors that were supposed to watch him decided to have sex instead.  Devastated by her son’s death, Jason’s mother, Mrs. Voorhees took matters into her own hands to ensure the camp didn’t open again — to protect other children from counselors who were more interested in their summer shenanigans than watching the children.  One by one, she stalked the unaware teenagers, placing blame on each of them for her son’s death.  Mrs. Voorhees managed to brutally murder each counselor — all except for one.   Alice managed to escape Mrs. Voorhees’ murderous rampage and turned the tables on the crazed mother.  In what began the true Friday the 13th style, Alice decapitated Mrs. Voorhees’ with a machete.

And then begins the Curse of Camp Crystal Lake.

In Part II, the supposed dead son of Mrs. Voorhees, is actually an adult, and very much alive.  Following in his mother’s footsteps, Jason slaughters Alice, his mother’s murderer, and returns to Camp Crystal Lake.  He lives in peace, until years later more teenagers arrive to open the camp — BIG mistake.

Part III picks up right where II ended, and is crucial to the series.  Why?  Jason finds a hockey mask, the hockey mask, to cover his disfigured face.  Jason continues to slice through dozens of teenagers over the years, proving he’s invincible along the way. 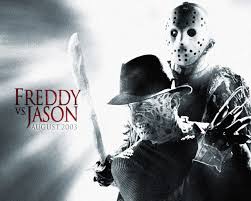 Twenty-three years later, the franchise continued with a match-up that fans had been talking about for years: Freddy vs. Jason.  The battle of the century takes place in both Freddy’s dream world, and Jason’s home, Camp Crystal Lake, with only one victor.  Or was there? 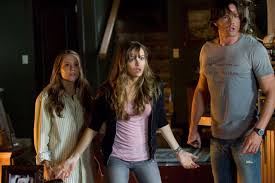 In 2009, Friday the 13th was reborn again.  The newest installment featured popular television stars for the new teenage audience:  Jared Padalecki (Sam Winchester, Supernatural), Amanda Righetti (Grace Van Pelt, The Mentalist), and Danielle Panabaker (Julie Stark, Shark).  The film didn’t disappoint this Friday fan, and had classic elements of the older versions — most recognizably, Jason’s resurrection after being buried in the water, from which he rises and grabs a survivor before the screen fades to black.  Did you jump?

In addition to the machete and the hockey mask, what is the other most famous element of Friday the 13th and Jason Voorhees? 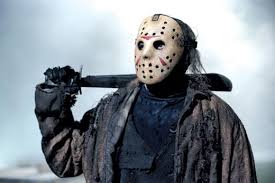 “Ki ki ki, ma ma ma” – The dreadful, eerie, creepy music.  There have been many debates over what the actual sounds of the Jason music are.  The ‘ki’ sound comes from the word ‘kill’ and the ‘ma’ sound from “mommy’; a line in the original movie spoken by Mrs. Voorhees in her child’s voice, “Kill her mommy!”

Unknown actors are often cast in slasher films early in their careers.  The Friday franchise is no different.  Who are two very famous Friday alums today? 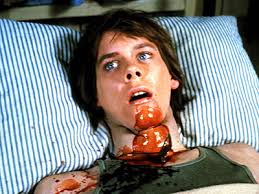 Jason Voorhees remains one of the most frightening characters today.  He’s gigantic, has super strength, obtains supernatural abilities, and isn’t afraid to kill.  He always has his machete, but he will also never shy away from bows and arrows, spears, pitchforks or chainsaws: anything that will cut right through his victims.

Despite all the death, someone always manages to escape Jason’s clutches.  Wanna know the secret, kids?  I’ll give you a hint – the same rules apply from the movie Scream.  Don’t believe me?  Watch & see!

Do you think of Jason when you go camping? Will you ever send your child to a summer camp on Crystal Lake?  Who do you think is stronger and more dangerous – Jason or Michael Myers from the Halloween franchise?  Which Friday movie was your favorite & why? I’d love to hear from you! 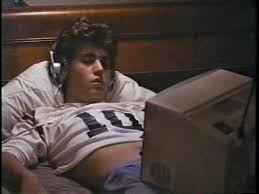