That’s right; Jack is back! 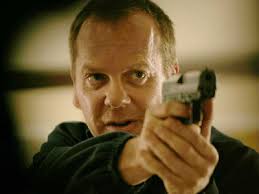 And not just Jack.  Chloe O’Brian too. 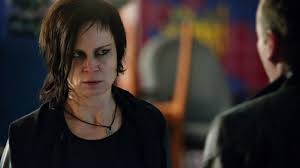 A reboot of the very popular 24, 24: Live Another Day premiered Monday night and will consist of twelve episodes—more like a miniseries than an entirely new season.  And while fans are accustomed to the set up of each episode ticking down one hour in Jack’s crazy schedule, it is rumored we will have to adjust a tiny bit to the shorter series with a few hours skipped here and there. But Monday night was true to form—two consecutive hours in Jack Bauer’s hectic day trying to save the world… or in this case, the American president on foreign soil. 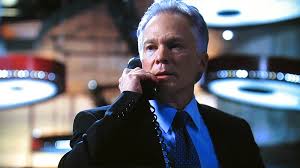 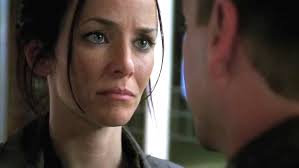 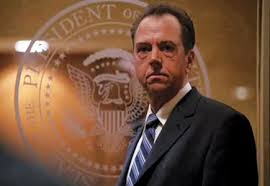 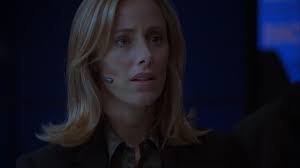 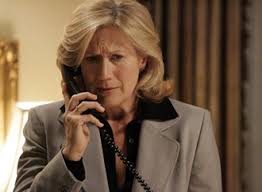 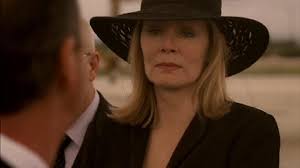 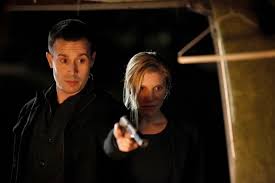 And guess what? I was thrilled to see Audrey and her daddy, now President Heller, back as well in the new series. Not to mention, I fully expect to see at least a few other familiar faces through the 12-episode arc. But I guess we’ll see…

And like any new season, we have new faces (albeit familiar from other projects): 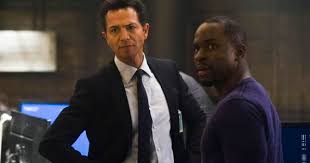 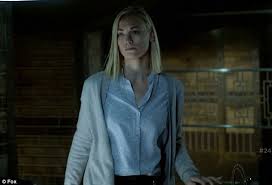 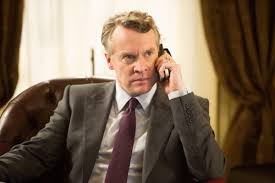 And, Tate Donovan (Damages and Deception)

So, what about the premiere of 24: Live Another Day?

First, call me crazy. That’s right – crazy. It wasn’t until my guy, my family, and I started reminiscing about the old 24 that I realized just how much Jack yelled. It never dawned on me. But yeah, Jack yells a lot. Yet still, watching the new episode Monday night, I didn’t notice a lot of yelling…  am I crazy?  Did anyone else notice?  Or were you just as wrapped up in the fast-paced episode that you too didn’t hear a lot of yelling?

Secondly, my guy and I made a bet:

I went with eight. It was a two-hour episode, which meant approximately forty minutes an hour, totaling eighty minutes of Jack. That’s one terrorist/bad guy/person every ten minutes.

My guy took the overs… as in more than eight.

He won, but not by much. I was surprised. I can’t remember the exact number, but it doesn’t matter—I lost and the action did not disappoint.

Nothing really did, disappoint that is, at least not as far as I’m concerned. I did have a few crooked people pegged from the get go, but that’s alright. The main storyline, at this point anyway, is a good one. And knowing the creators, there’s still a ton left we haven’t seen yet.

And I can’t wait for it all to unravel…

Did you watch 24: Live Another Day?  What did you think?  I’d love to hear from you!

After a few conversations following last week’s Tele-Tuesday post, a certain friend of mine put me in the mood for 24.  And while it still might be a little early for a true 24: Live Another Day preview, why not start the hype anyway?

And not just Jack.  Chloe O’Brian too.  Just announced this past week, Mary Lynn Rajskub has officially joined Kiefer Sutherland for the reboot of 24, tentatively scheduled to premiere in May 2014. 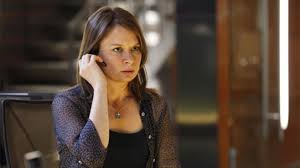 24: Live Another Day will consist of twelve episodes – more like a miniseries than an entirely new season.  And while fans are accustomed to the set up of each episode ticking down one hour in Jack’s hectic schedule, it is rumored we will have to adjust a tiny bit to the shorter series with a few hours skipped here and there.

While we still have a ways to go before Jack is back in 2014, and for the most part have no idea about the storyline or the casting at this point, I can still honestly say it doesn’t matter… because I can’t wait!

Are you excited for the return of Jack and Chloe?  Who was your favorite 24 character over the years?  And who should 24: Live Another Day bring back?  I’d love to hear from you!

We briefly discussed how the supernatural is taking over the world, the world of television that is, last week in our Why It’s Worth a Watch review of the SyFy network’s Being Human.

Blame it on this love for the paranormal, but we announce with excitement that there’s not only one, or two, but three new science fiction shows airing on not one, or two, but three different networks in the next few weeks.  Not all three are one hundred percent supernatural, but all three have the crucial element of sci-fi – leaving the audience believing in fantastical events, whether realistic or not.

What if we made a habit of waking up next to dead lovers?

That’s the story of Bo’s life (Anna Silk), her life as a succubus. 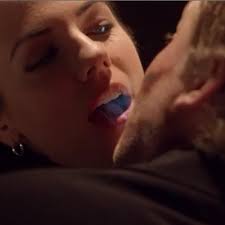 Lost Girl follows Bo as she attempts to control her power and balance her supernatural and human lives.

Bo works alongside a combination of supernatural beings and human friends: Kenzi (Ksenia Solo, Life Unexpected), Bo’s best friend and scam artist with many “street” talents; Dyson (Kristen Holden-Reid, The Tudors), a police detective and a wolf shape-shifter; Lauren (Zoie Palmer), a human doctor with valuable knowledge of the supernatural Fae organization, an organization that we can only assume is a supernatural council of sorts; and Trick (Rick Howland), the owner of a town pub where good and bad, supernatural and human, mingle.

Lost Girl has aired in Canada for the past few television seasons, and has been renewed for a third.  The SyFy network recently acquired the rights to air the first two seasons, and the series premiered last night.

But don’t worry; if you missed the pilot episode, you can catch the encore presentation this Saturday, January 21st at 10pm CST.

He’s back… Jack’s back…only this time not as our beloved Jack Bauer.  Instead, Kiefer Sutherland returns to the Fox network as Martin Bohm, a single father to an autistic and mute son.  A son (Jake, played by David Mazouz), who despite his lack of verbal communication and social skills, possesses a greater ability – the ability to see things that no one else can and communicate solely by using numbers.

Touch also stars the great Danny Glover as Professor Arthur Dewitt, an expert who will help Martin better understand Jake, even if his methods are a bit unorthodox.  It is crucial that Martin establish a better relationship with his son and build a solid home, since social worker Clea Hopkins (Gugu Mbatha-Raw, Undercovers) is watching his every move.

The River has been described as a paranormal, action-packed, and adventurous program, that also falls into the horror, mystery, and fantasy genres.

The series follows the friends and family members of Dr. Emmet Cole (Bruce Greenwood, as they search for any signs that the famous television personality and wild life expert survived his last voyage into the Amazon. 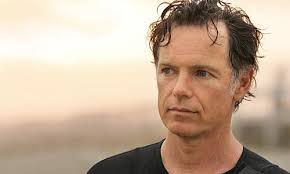 Desperate for the opportunity to search for their loved one, the doctor’s wife (Tess, played by Leslie Hope, 24) and son (Lincoln, played  by Joe Anderson, The Twilight Saga: Breaking Dawn Part 2) agree to allow Dr. Cole’s former producer (Clark, played by Paul Blackthorne, the great Harry Dresdon from The Dresdon Files) to join and film the expedition “documentary” style, in exchange for his funding of the trip.

Will the team discover the truth behind Dr. Cole’s disappearance, or will they too fall victim to The River?

The River premieres on the ABC network February 7th.

What do you think – did you catch the pilot episode of Lost Girl?  Do you plan to watch Touch or The River?  Which show has the most promise and why?  I’d love to hear from you!