So, why shouldn’t NCIS (technically a spinoff from JAG) have three?  We already have the original and NCIS: Los Angeles… and now CBS hopes to launch a third—NCIS: Red. 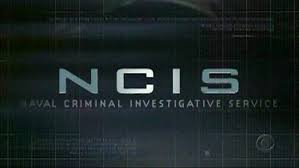 First introduced to NCIS: Los Angeles audiences via another backdoor pilot double feature in “Red” and “Red P2” (these backdoor pilots appear to be the way of the future…), Callen (Chris O’Donnell) and Sam (LL Cool J) joined the “Red Team” in Moscow, Idaho to investigate the murder of a marine, while Deeks (the adorable Eric Christian Olsen) and Kensi (Daniela Ruah) stayed behind to check out another man’s death via the same style—execution to the back of the head with a small-caliber round.  The cases led back to one really bad man, so the teams united and worked together to take him down.

If the series makes, NCIS: Red will follow a group of Naval Criminal Investigative Service officers as they travel around the country as a mobile unit.   The team consists of one analyst, four agents, and one “tech” guy:  Analyst Roy Quaid (John Corbett, the ever-adorable Aidan from Sex and the City), Agent Claire Keats (Gillian Alexy, McLeod’s Daughters), Special Agent Dave Flynn (Scott Grimes—I knew this guy looked really familiar, and now it makes sense… he has starred for multiple seasons on two of my favorite shows- ER and Party of Five, and he was in one of the best miniseries ever made-Band of Brothers), Special Agent Danny Gallagher (Kenneth Mitchell, Ghost Whisperer), and Technical Assistant Kai Ashe (Edwin Hodge, Cougar Town—and yes, he is the older brother of Aldis Hodge from Leverage) all report to team leader Agent Paris Summerskill (Kim Raver, 24).

And I could be wrong, as I’m just guessing here, but I think NCIS:Red will also borrow Owen Granger (Miquel Ferrer, Crossing Jordan) away from his recurring role on NCIS: Los Angeles and give him a bit more air time… the new show’s Hetty, if you will.

The “Red Team” travels together and lives together on two mobile units known as “Laverne and Shirley.”  Once connected together, the trailers of two eighteen-wheelers transform into the team’s headquarters, lab, and living quarters.  And don’t think the mobile unit is just a set—the art department for the show actually built the unit, consisting of hydraulics and lots of other technical bells and whistles.  It’s pretty cool when we get to see the transformation in action in “Red P2,” but it’s not all that nice and pretty like LA’s home office.

During the two-hour special, viewers learned quite a bit about Paris (Raver)… with the most important being her muddled history with Roy (Corbett).  The two previously worked together as partners, with Roy serving the superior role.  On a case, ordered by Heddy, Roy was shot and blamed Paris for not being where she was supposed to be.   With Roy temporarily back on the team (until Gallagher returns from a gunshot wound), Hetty and Granger wonder if he will ever trust Paris again… and if Paris will ever trust herself again.

Agents are trained to shoot for the chest; it’s a bigger target; but Paris tends to shoot and nail enemies in the head.  Why?  Because when she finally arrived to the wounded Roy’s side on that old assignment, she shot a bad guy sneaking up behind them in the chest.  However, the man was wearing body armor and didn’t stay down, almost killing her.  But Roy saved her life, and now it seems she simply takes the headshot to avoid the headache.  Not only that, but Paris likes to decompress on the firing range, something I would assume is very normal for many agents.

There were also a few hints that Paris and Callen might be a good fit together, leading me to believe the two might have a cross-series romance brewing… if the show makes.

Audiences also learned a few things about the other members of the “Red Team.”  Claire tends to have a weapon of some sort or another in her hands in most of her downtime; maybe that’s because she’s an ex-smoker and this keeps her hands busy.  Dave is obsessed with food allergies, despite the fact he doesn’t have any.  He’s also not very good with Spanish—that was a comical scene.  Kai not only handles all the technology on “Laverne and Shirley,” but he’s also tasked with the joyful role of emptying out the trucks’ septic tanks when full—a nauseating but necessary job.  And well, Gallagher hasn’t been all that developed yet, considering he was injured in the first hour and only talked about by his other teammates in part two.

It is rumored that if the new NCIS: Red is picked up, CBS will host a one-night, three-hour event each week with one NCIS following another.   But is the new series worth a watch?

One thing’s for sure—I will definitely set my DVR to pick up this new show!  However, I don’t think any of the characters will replace my favorite NCIS member… okay, so Deeks isn’t a NCIS agent, he’s a detective who works with the team; however, he’s still the reason I watch NCIS: Los Angeles every week.

How about you?  Did you catch the two-part backdoor pilot?  Does CBS need a third NCIS program?  Does casting come into play when choosing a new TV series… or is it all about the genre?  I’d love to hear from you!