This week, Amber West and I are laughing up a storm over the new comedies on TV, and we’re sharing a double dose of laughter with our Why It’s Worth a Watch Wednesday reviews of Suburgatory, New Girl, Up All Night, and 2 Broke Girls.

Reagan and Chris Brinkley have it all – good looks, great jobs, exciting night lives, and most importantly, a healthy and loving relationship.  Reagan (Christina Applegate, Married with Children) produces her best friend’s Oprah-like talk show and Chris (Will Arnett, Saturday Night Live) is on his way to partner at his law firm.  Their successful careers are right on schedule, that is until their life changes forever with a simple announcement –they’re pregnant.

The Brinkleys refuse to think that things are going to change, but they are in for a big surprise.  It all starts when the birthing plan is thrown out the window the second they arrive at the hospital: Reagan’s water breaks at the studio, so she doesn’t have her overnight bag and favorite headband; their doctor is busy with another delivery and isn’t available to them; and the natural delivery just isn’t working so Reagan goes in for a c-section.  Despite all of the chaos, baby Amy arrives.

After the baby arrives, the struggles continue as Reagan and Chris battle insomnia, attempt to clean up their language, and insist on not losing their “cool” personas, their sexy bodies, and their super sporty car.  They try, but they can’t avoid the inevitable.

Let’s not forget about Reagan’s best friend and boss, Ava (Maya Rudolph, Bridesmaids).  While she undoubtedly loves Reagan, Ava doesn’t understand when the world doesn’t revolve around her – but not in a bad way, in a funny way.  Ava’s a mess; and Reagan holds her together, which is why when Reagan takes maternity leave, Ava is lost.

We don’t watch many thirty minute sitcoms in our house, but couldn’t resist the urge to try Christina Applegate’s return to TV.  It didn’t hurt that we’re both huge SNL fans and love Maya Rudolph.  Preconceived notions aside, I can’t help but award Up All Night with a JFTV rating – it satisfies like a Snickers.

Up All Night keeps the laughs coming, and anyone trying to maintain any kind of balance with children will enjoy.

Meet Max (Kat Dennings, Nick and Norah’s Infinite Playlist) – Manhattan nanny by day and Brooklyn diner waitress by night.  Max has control of her life, a life that’s not extravagant by any means; she has her own apartment, boyfriend, and overall seems happy.  That is until the diner hires a blonde, dressed like she owns the place, to share shifts with her.

Meet Caroline (Beth Behrs) – a former Manhattan socialite who has lost everything courtesy of her father’s Ponzi scheme.  Caroline runs away from her life, not that she has a choice, and chooses Brooklyn as her new residence (because according to a Google search, Brooklyn is the least likely place anyone from her former circle visits).

Caroline doesn’t need or use her Ivy-league education and her business and marketing background to wait tables, until she discovers the diner is not selling the tasty cupcakes for enough money – Max’s cupcakes.  Caroline knows that in the city, people will pay $7-$10 a cupcake, and she begins pocketing some extra cash and creates a business plan.  Now, all she needs is Max to hop on board.

Although it’s very difficult for her to do, Max invites Caroline to stay with her.  After a boyfriend mishap, the two bond and despite Max’s constant put-downs, the girls plan to start a new life together and open a cupcakery – Max is the talent and Caroline is the brains.  In just a few episodes, we’ve seen both characters grow, even if their cupcake funds haven’t (at the end of each episode, the cupcake savings tallies on the screen for the audience – the girls have a long way to go to reach $250,000). 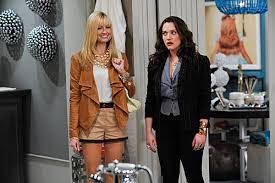 Let’s be honest, I only set the pilot of 2 Broke Girls to record so I could say, “I checked it out.”  After all, the sitcom is created by Michael Patrick King (Sex and the City) and comedian Whitney Cummings, and it fills a very popular time slot between CBS’ How I Met Your Mother and Two and a Half Men.

But, after only one episode, I returned to the series option on the DVR and updated the recording to grab all of the new episodes.   Even the man of the house has watched a few episodes with me and laughs out loud (even if he won’t admit it).

For this, I must award 2 Broke Girls with my second JFTV rating of the day, especially since each episode centers around diner food and cupcakes.  The actresses have great chemistry and comedic timing, and the audience can’t help but root for the two to open their boutique cupcakery with Chestnut (the horse) hanging around outside.

All this talk about cupcakes has me drooling!

What do you think? Have you watched Up All Night or 2 Broke Girls?   Can you relate to any of the characters?  I’d love to hear from you!

Now click over to Amber’s blog and check out her review of Jeremy Sisto’s suburban-purgatory, or Suburgatory, and the “adorakable” New Girl, Zooey Deschanel, for a few more must-see laughs.

Need another reason to watch?  All of these shows have been picked up!

Come back next week when Amber and I curl up with TV’s new dramas based on popular fairytales: Grimm and Once Upon a Time. 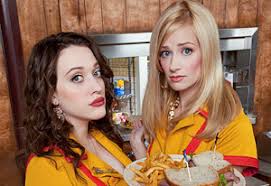 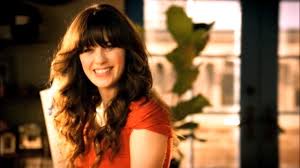