Top entertainers in the ’80s included Michael J. Fox, Eddie Murphy, Arnold Schwarzenegger, Sylvester Stallone, Patrick Swayze, and David Hasselhoff to just to name a few.  Some of the highest grossing films during the ’80s are considered classics now such as E.T. the Extra-Terrestrial, Back to the Future, Raiders of the Lost Ark, and Beverly Hills Cop.

The “Brat Pack” also formed in the ’80s, and movie greats The Breakfast Club, Sixteen Candles, Pretty in Pink, and St. Elmo’s Fire launched the careers of Molly Ringwald, Anthony Michael Hall, Emilio Estevez, Rob Lowe, and Demi Moore – but I’ll save this for a future Friday FabOoolousness post.

Now shift specifically to 1986 – What do I remember about that year?

The Space Shuttle Challenger disintegrated after take-off, televised live in classrooms across the United States, including mine.

Racing home on Friday nights after our high school football games to watch Miami Vice and Crime Story with my family.

Television crime dramas filled the networks with popular detective and private investigator shows in 1986, which is why I’ve marked this year as the beginning of my television addiction. 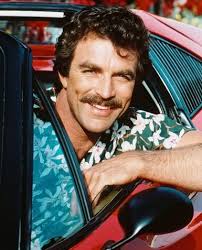 Tom Selleck plays Thomas Sullivan Magnum living on the Robin’s Nest estate in Hawaii, the alleged home of author, Robin Masters.  “The Nest” is managed by Jonathan Higgins (John Hillerman) and protected by two Doberman Pinschers: Zeus and Apollo.  A former SEAL, Magnum works as a private investigator, drives a Ferrari (just one of the many perks of living on the Masters’ estate), and enjoys a cold beer with his former Marine buddies: Rick and T.C.

There have always been rumors of a Magnum P.I. reunion movie, but where is it? 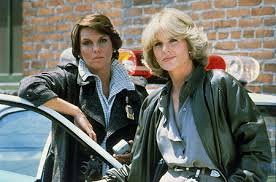 Sharon Gless and Tyne Daly star as New York City detectives Christine Cagney and Mary Beth Lacey.  Despite their differing backgrounds (Cagney hailed from a wealthy family and Lacey was a hard working mother and wife), the two solved crime and built a lasting friendship in a man’s world.

Due to the series popularity, the ‘90s saw four Cagney and Lacey television movies which sometimes air today on Encore. 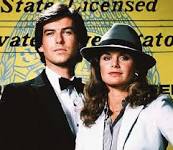 Stephanie Zimbalist stars as Laura Holt, a private investigator, who after struggling to find enough clients for her agency hires a con man (Pierce Brosnan as Remington Steele) to play the role of her boss.  The farce leads to many laughs and to an eventual romance between Laura and Remi.

After announcing cancellation, NBC aired six television movies in 1987 to wrap up the series, but who wouldn’t love to see a reunion show today? 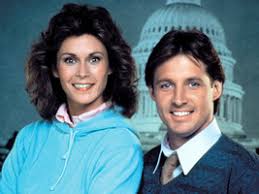 Kate Jackson stars as Amanda King, a divorced housewife who goes to work for Lee Stetson (Bruce Boxleitner), a top agency operative with the codename, “Scarecrow.” Despite not having any professional training as an operative, Amanda travels the world with Scarecrow assisting him on cases and going undercover with her boss.  The relationship leads to a romance, but after Jackson battled breast cancer in real-life, the series reduced her role and eventually cancelled the show after the fourth season.

Fred Dryer and Stepfanie Kramer star as Sergeant Rick Hunter and Sergeant Dee Dee McCall, partners in the Los Angeles Police Department.  A popular theme on ‘80s television, the two partners dabble with a potential love story, but after six seasons Stepfanie Kramer left the show to pursue other career opportunities.  Hunter was partnered with a few other female detectives, but the series lost its flare and ended after season seven.

NBC aired a few reunion television movies in the ‘90s, and in 2002, Stepfanie Kramer returned for a special two-hour movie. With good ratings, the networks attempted to revive the series in 2003 with three one-hour episodes before cancelling again. 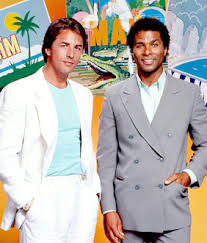 Don Johnson and Philip Michael Thomas star as Miami police detectives Sonny Crockett and Rico Tubbs. Crockett lives a luxurious lifestyle driving fast and expensive cars while he sleeps on his sailboat with his pet alligator, Elvis.  Visiting from New York searching for the man who murdered his brother, Tubbs works alongside Crockett and eventually transfers to Miami were the two partner up permanently.

And, who can think Miami Vice without picturing Crockett’s pastel pant suits, and hearing the fabulous music of Phil Collins or Jan Hammer? 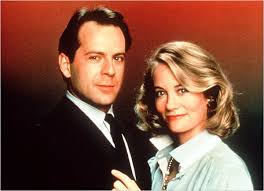 One of the first successful television dramedies, Moonlighting stars Bruce Willis as David Addison, a private detective, and Cybill Shepherd as Maddie Hayes, a former model.  After David convinces Maddie to not sell the agency during tumultuous times, Maddie moves in to the office and forms a partnership with David and renames the business Blue Moon Investigations after one of her most famous modeling jobs and endorsements for Blue Moon shampoo.

The two form a lasting partnership, argue constantly, and eventually fall in love.  I have David and Maddie listed on my all-time great television duo list.

Dennis Farina stars as Lieutenant Mike Torello on the hunt for mobster Ray Luca (Anthony Denison).  Wanting to destroy Luca, Torello follows Luca from Chicago to Las Vegas.  Season one ended with one of the most talked about cliff hangers in television history – an A-Bomb explosion in the Nevada desert.

After the network moved the show to a different night, Crime Story lasted only two short seasons.  This began my frustrations with networks moving a series around from night to night and with writers ending a television season on a cliffhanger. We’ll never know if Luca or Torello survived the plane crash.

Are you a child of the ‘80s? What are some of the earliest shows your remember watching? Did you enjoy any of these 1986 greats? I’d love to hear from you! 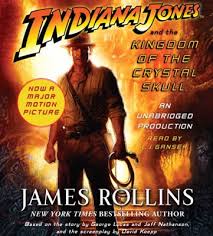