Dexter has been a staple for Showtime for the past eight seasons.  And after years of success, the series is finally calling it quits.  So what will Showtime do now?

I’ve been watching the trailers and advertisements for Ray Donovan for months.  And I was instantly interested.  Why?  Because the title character looks like a dark role and it’s played by a man who always make me swoon—Liev Schreiber.  Maybe it’s his sexy and deep voice?  Anyway, the teasers did their job and I had been eagerly awaiting Showtime’s latest original series’ premiere for what felt like forever.

Ray Donovan is my favorite new summer show at the moment, mainly because Liev Schreiber is hot.  And not just in the physical attraction kind of way…

Ray is a family man; he’s a successful business man (he’s a Hollywood “fixer”); he’s a man of few words; and most importantly, he’s not one to cross.  Seriously, hurt his family (either physically or verbally), and just see what happens.  This new Showtime series reminds me a lot of Scandal… meets The Sopranos (RIP, Mr. Gandolfini).

Ray Donovan (played by the adorable Liev Schreiber, from the Scream films, Salt, and other major motion pictures) “fixes” Hollywood’s problems.  He does the dirty work for the city’s celebrities and life seems great for Ray… until his father (Mickey Donovan, played by the great Jon Voight—no introduction necessary, right?) is released from prison.

Speaking of Ray’s father… Mickey spent twenty years in prison and blames Ray (and Ray’s colleagues) for putting him there.  Upon his release, he immediately kills a priest (the series will explain why… don’t worry) and heads out to California to see his sons.  Jon Voight’s performance is perfect.  And creepy.  I’m not quite sure anyone else could have portrayed Mickey any better in this role.

The new Showtime series also stars: Paula Malcomson (Deadwood) as Abby Donovan, Ray’s wife and L.A. social climber—I’m not so sure I like her. She’s very spiteful and spoiled… but Ray does love her; Steven Bauer (Scarface) as Avi, Ray’s right-hand man; Katherine Moenning (The L Word) as Lena, Ray’s assistant; Pooch Hall (Jumping the Broom) as Daryll, Ray’s half brother, who was kept a secret from Ray for over twenty years… because his mother was Mickey’s mistress before going away to prison; Dash Mihok (Romeo + Juliet) as Bunchy Donovan, Ray’s very troubled brother—very troubled brother.  Bunch is the victim of molestation by a priest and is the recent recipient of a $1 million settlement; Eddie Marsan (Mission: Impossible III) as Terry Donovan, Ray’s other brother, who suffers from Parkinson’s due to boxing… and I’m assuming because of this, he seems to think nothing good can go his way; Elliot Gould (Friends and the Ocean’s movies) as Ezra, a frequent client of Ray’s/Ray’s boss; and Peter Jacobson (House) as Lee Drexler, Ezra’s partner and Ray’s “other” boss… the bossy one.

So much happens in the pilot.  In the first fifty or so minutes, not only do we meet the entire Ray Donovan clan, but we also see just what Ray does and why he’s so good at it.

First, one client (a basketball star) wakes up next to a dead woman… she overdosed in bed.  So, he calls Ray.  Ray “fixes” it by sneaking in another client, who needs a quick PR fix (he’s supposed to be a hot Hollywood stud, but his homosexuality is holding him back… and the media is fixated on following him right now).  The basketball star is in the clear; the actor gets negative press that he turns into a positive for his career; and everybody wins.

As if that wasn’t enough work for one day, Ray is also hired to surveil another Hollywood big wig’s mistress.  Turns out, she is being stalked.  Ray tracks down the obsessed fan and offers him a choice—the bag or the bat.  Let’s just say it would have saved Ray time to just offer up the bat in the first place.

Bottom line, Ray is no joke.  Do not mess with Ray or his family.  Do not stand in Ray’s way of “fixing” his clients’ problems.  He may be the strong, silent type, but he means what he says and he says what he means—no sugarcoating.  Liev Schreiber’s performance is hot.  I’ll say it again.  Ray appears to keep his calm, even when is temper gets the best of him.  It’s pretty sexy.  Plus, Ray has a heart of gold and is extremely generous… when generosity is due.

Ray Donovan is an intense hour of television.  And it should come as no surprise to anyone after reading this review that I am awarding Showtime’s hot new series with the GTV rating. I highly recommend watching Ray with a steak grilled to order, baked potato, steamed veggies, and a glass of fine wine.  Or whiskey.  Straight up.  It’s that delicious.

Ray totally joins the rankings of Raylan Givens and Michael Westen in my book… hot and sexy with a whole lot of badassery.

Oh, and the show supposedly smashed all the previous records for Showtime premieres.

Have you watched Ray Donovan?  Do you plan to?  What do you think of the new Showtime series?  I’d love to hear from you! 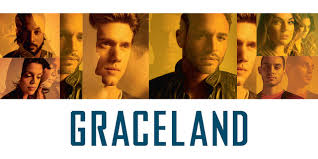 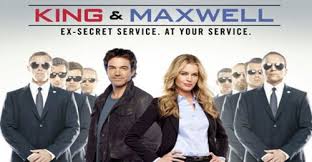 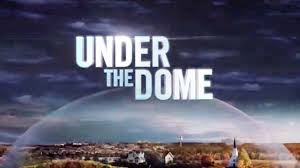