Remember when all of the good television programs only aired September thru May?  Not anymore!  TNT and the USA Networks have fabulous summer programming!  This week, I’ll introduce our must- sees on TNT, and next week, the USA shows.

Here are just a few slices of TNT’s summer fun to sample: 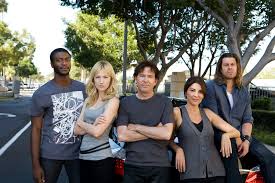 Leverage – A group of criminals turned do-gooders utilize their specialized skills to avenge those harmed by the wealthy and/or powerful.  Nate Ford (Timothy Hutton), the con-man, leads this team of misfits: Sophie Devereaux (Gina Bellman), the grifter; Eliot Spencer (Christian Kane), the muscle; Alec Hardison (Aldis Hodge), the hacker; and Parker (Beth Reisgraf), the thief.  Each character has his or her own flaw which helps the viewers understand their passion for the individual cases they accept.  Nate battles alcoholism, while trying to recover from the death of his son & the end of his marriage.  Sophie has a secret — a secret that even the audience is trying to figure out: is she royalty? Is she married? Or is she just a great actress? Eliot, well, he has a bit of an anger-management problem: he loves to punch and kick, but he refrains from using guns as much as possible.  Hardison and Parker don’t really fit into any social circles, and are slowly starting to share a budding romance.  Speaking of romance, last season ended with Nate & Sophie in bed.  They’ve hinted at romantic interludes in the past, so what will this bring?  Leverage returns Sunday, June 26th.

Rizzoli & Isles – A Boston detective, Jane Rizzoli (Angie Harmon), and her best friend/medical examiner, Maura Isles (Sasha Alexander), solve crime together.  The two friends couldn’t have less in common — Rizzoli hails from a working class family; her dad’s (Chazz Palminteri) a plumber, her younger brother (new character this season) has just been released from prison, and her other little brother (Jordan Bridges), who idolizes Rizzoli, is following in his sister’s footsteps, much to the dismay of their overbearing mom (the fabulous Lorraine Bracco).  Meanwhile, Isles’ biological father is a Boston mafia boss, a fact she learns after discovering that a corpse on her morgue table shared her DNA and was later identified as her brother.  Isles was raised by her adopted parents where she learned to focus on her studies, and adapted a fabulous sense of style.   How many medical examiners do you know who perform autopsies in stilettos?  Regardless of their differences, the girls have each other.  Maybe we’ll see some love interests in season 2?  If you liked Crossing Jordan, you’ll also like Rizzoli & Isles (returning Monday, July 11th). 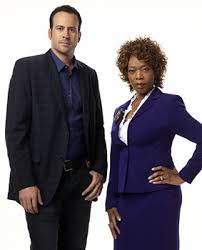 Memphis Beat– Jason Lee stars as Dwight Hendricks, who fights crime by day, and performs Elvis and other Blues’ greats by night.  Everyone loves Dwight, and he leads his fellow Memphis detectives (Davey Sutton, DJ Qualls; Whitehead, Sam Hennings; and Reggie Greenback, Leonard Earl Howze); but, when his new boss (Lt. Rice played by Alfre Woodard) comes to town, she tries desperately to operate the department like other police precincts.  Knowing the rest of his fellow detectives look to him, Dwight does his best to oblige, but continues to maintain his unorthodox detective methods forcing Lt. Rice to slowly adjust her attitude toward the Memphis way of doing things.  The supporting cast in Memphis Beat shares the spotlight with the music and local cuisine.  If you haven’t ever really been interested in visiting Memphis, I think you will be after watching the show.  Memphis Beat returns Tuesday, June 14th.

A new show to watch for this summer on TNT that we are very excited to check is Franklin &Bash (Wednesday, June 1st) starring Breckin Meyer as Franklin, and Mark-Paul Gosselaar as Bash – they are “totally lawyers”. 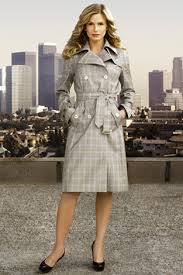 What television show are you most looking forward to this summer?  Who is your favorite character? Or ensemble cast?  I’d love to hear from you!