It’s time again for Catie Rhodes and me to break down another cinematic original and its remake.  Returning to our usual ways, Catie reviews the original and I take on the 1996 remake.  This month we tackle the classic, Romeo and Juliet (or in my case, Romeo + Juliet). 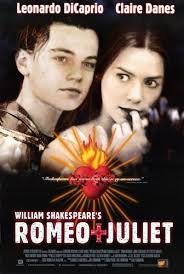 Usually I jump right into Catie’s homemade summary at this point; but she didn’t write one this month.  However, I will borrow her words because as usual they are spot-on: if you don’t know the basic plot of “Romeo and Juliet,” this blog post will probably be lost on you anyway.

So, let’s just go straight to the trailer:

Before I begin my review, let’s talk briefly about Shakespeare’s play, Romeo and Juliet.

As Catie discusses on her blog today, Shakespeare’s tragedy was depicted into a motion picture in 1968. Sir Laurence Olivier narrated the film, while Leonard Whiting and Olivia Hussey played the young lovers.  The music composed by Nino Rota still gives me goose bumps when I hear it today. 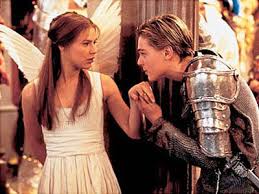 The classic love story was adapted again in 1996, starring two of Hollywood’s biggest young stars (at the time) – Leonardo DiCaprio and Claire Danes.  This time titled, Romeo + Juliet, Shakespeare’s story is modernized (for example, using guns instead of swords) while the cast still uses Shakespearean dialogue.  One might ask, a modernized Shakespearean play with traditional Shakespearean dialogue?  Yes!  It’s simply wonderful… and creative… a great way to attract the youth of today… and masterfully performed by all involved.  And the cast is extensive: Brian Dennehy, Paul Sorvino, John Leguizamo, Dash Mihok, Jamie Kennedy, and Paul Rudd to just name a few.

But let’s talk about Leo for a second. Yes, I call him Leo.  Although his portrayal of Romeo came early in what we now know to be a very long and fruitful career, his performance was still impeccable.  But it wasn’t until Romeo + Juliet that I truly fell head-over-heels for him (and again in Titanic… and again in the 2013 version of The Great Gatsby).   However, celebrity crushes aside, rarely do I watch him in a film where he does not nail whatever role he is playing; and I firmly believe he will be remembered as one of the greatest actors of my generation.  And for the purpose of this post?  He can be my Romeo anytime. 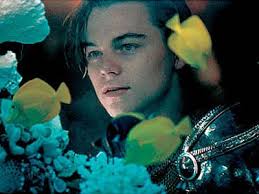 And while I wasn’t thrilled about Claire Danes playing Juliet, I still weep pretty much uncontrollably every time I  watch this film (even though I know the ending… and very well at that).  To me, this makes Romeo + Juliet a classic.  I honestly believe it will live throughout the decades.  Shakespeare’s story will be told and adapted countless times in the years to come; but there is just something about this film that will survive the test of time.  Baz Luhrmann’s (writer, director, and producer) creation is unique and it will take some sort of new and fresh creative genius to top this particular rendition of the classic tragedy/love story. 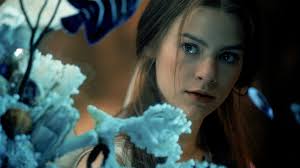 Oh, and before I forget, the soundtrack is amazing.  Despite the fact it’s pushing almost twenty years old, I still listen to this disc on almost every road trip.  This ‘90s fun/blast from the past features Garbage, Everclear, Des’ree, Butthole Surfers, The Cardigans, and Radiohead.

Does it compare to the original film?  Absolutely.  It its own right.

Should people forget about the original version?  No.  It’s a classic and originals should never be forgotten.

Remember to stop by Catie’s blog to see what she thought of the 1968 classic.

What do you think?  Have you seen either the 1968 or the 1996 version of Shakespeare’s classic love story?  If you’ve seen both, which do you prefer and why?  If you haven’t, do you want to?  I’d love to hear from you!