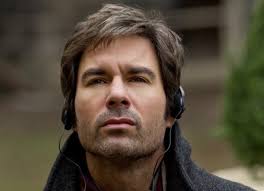 TNT has some of the best summer programming of any network today. This year, I count six series (five returning favorites and one new) that my household will watch, keeping our TV schedule full of terrific nighttime television.

Over the next two weeks, we’ll discuss these TNT series.  First up, three of the network’s veteran programs, premiering in their third and fourth seasons this June… Falling Skies follows a group of survivors led by Tom Mason (Noah Wyle) after aliens invade and attack our world as we now know it.

As if the practically complete destruction of our planet wasn’t bad enough, the aliens want our few surviving children and plan to attach a horrendous apparatus to the children’s spines (the harness). This device controls the children—but what are the visitor’s end goals?

I didn’t pay much attention to the first season of Falling Skies… but my guy LOVED it. And yes, I used all caps because he rarely shows this much excitement about a television program. So, I tuned in with him for most of season two, and I must admit, I found myself enthralled and asked him to not watch any more of the episodes without me. Aliens usually aren’t my thing, but Falling Skies I can do. Jared Franklin (Breckin Meyer) and Peter Bash (Mark-Paul Gosselaar) have been friends since high school. And now they live together, party together, and work together, yet never seem to tire of one another. The two are quite unconventional, especially when it comes to the cases they choose to represent and how they win over the courtroom…

It all started with the two sitting at a diner, watching the traffic in Los Angeles while they banter back and forth like best friends do. When a fender-bender takes place directly in front of them, they race out to the scene and immediately offer their business cards and legal representation to the driver responsible for rear-ending another car.

Why is the driver not responsible for the crash when he clearly bumped into the car in front of his? Franklin and Bash explain that it is because the driver was distracted by the interactive advertising sign yards ahead flashing images of a sexy young woman. The young and unconventional (really unconventional) attorneys take the case to court and prompt the beautiful girl in the ad to unbutton her shirt while on the witness stand, thus proving her chest to be guilty of causing an unnecessary distraction to those driving. With that, they win their case against a large and successful law firm.

Witnessing and enjoying the unique techniques of Franklin and Bash, Stanton Infeld (played by Malcolm McDowell) offers the two friends jobs at his very successful and large law firm. Along with their ex-con assistant, Carmen, and their agoraphobic clerk, Pindar, the two join the firm and later become partners.

The series also stars Reed Diamond as Damien Karp, the obvious successor to his uncle at the firm and the classic jerk, as well as Garcelle Beauvais as Hanna Linden, another lawyer at the firm with previous romantic ties with both Damien and Franklin.

Meyer and Gosselaar have great comedic timing and a perfect on-screen chemistry, leaving one to forget they are actually playing characters on television (not to imply they aren’t hilariously funny and friendly in real life because they probably are). And remember, Franklin and Bash are quite unique… the successful bachelors throw weekly parties, and their famous “Margarita-Mondays” have already saved one of their cases and provided them the vision to defend another case successfully.

Based on the novels by Tess Gerritsen, Rizzoli & Isles follows Boston detective, Jane Rizzoli (Angie Harmon), and her best friend/medical examiner, Maura Isles (Sasha Alexander), as they solve crime together.

The two friends couldn’t have less in common — Rizzoli hails from a working class family; her dad’s a plumber, her younger brother (Colin Egglesfield) has just been released from prison, and her other little brother (Jordan Bridges) idolizes Rizzoli and is following in her footsteps, much to the dismay of their overbearing mom (the fabulous Lorraine Bracco). Meanwhile, Isles’ biological father (John Doman) is a Boston mafia boss. She was raised by her adopted parents (her mother is played by Jacqueline Bissett) where she learned to focus on her studies, and adapted a fabulous sense of style… how many medical examiners do you know who perform autopsies in stilettos?

But regardless of their differences, the girls have each other and they make for one of the best crime-fighting duos on television today.

Come back next week when we share two more returning TNT summer favorites PLUS a new series that we can’t wait to check out (hint: it stars Jon Tenney from The Closer)!

Do you enjoy any of the above TNT original programs? Which one are you most looking forward to and why? I’d love to hear from you!