One of my all-time favorite programs ends this week – the USA Network’s Psych.
What is Psych? This one hour television series masterfully combines the classic police procedural and detective drama with quirky laughs and top-notch pop culture references.

To celebrate what I consider to be one of the best television shows EVER, I have decided to list my top 15 Psych episodes to help everyone get ready for the end… the end of “psychic” Shawn Spencer (James Roday), his right-hand-man, Burton “Gus” Guster (Dule Hill), Detectives Carlton “Lassie” Lassiter (Timothy Omundson) and Juliet “Jules” O’Hara (Maggie Lawson), and Shawn’s retired detective father, Henry Spencer (Corbin Bernsen).

This selection process was difficult, considering how many times the Psych writers and actors have knocked the ball WAY OUT of the park. But we selected our top 15, nonetheless.

Sit back, relax, and grab a cup of coffee or perhaps a tasty pineapple – this is a long post, but couldn’t be avoided. Enjoy!

The Yin and Yang storyline is hands down one of the top highlights of the Psych era. Since our first introduction in season three, we’ve watched multiple episodes featuring Shawn’s biggest nemeses. Sorry to throw a Yang storyline in here at number six (essentially out-of-order if one is not familiar with the series), but we’ll provide more detail below in the top five. After a woman (Mena Suvari) claims to have escaped the elusive Yin (Peter Weller), Shawn cannot help but investigate, knowing that Yin is responsible for Yang’s (Ally Sheedy) psychopathic nature and her years of tormenting him. Shawn uses Yang, against everyone else’s better judgment, to face the evil behind the deranged.

Yes, this summary is cryptic but we didn’t want to give too much away…

What could go wrong when Shawn and Gus attend their high school reunion? Well murder, of course. But there’s only one problem – there’s no body. Without the body, no one believes Shawn. So Shawn does what he does best – he pushes forward until he uncovers all of the necessary clues to solve the case.

Oh, and he reconnects with a girl he dissed in high school (Abigail, played by Rachael Leigh Cook) which begins an ongoing relationship for Shawn. 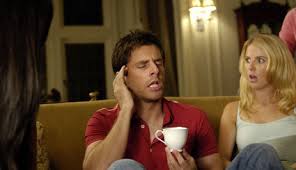 We love when Jules gets more involved in the cases, and our favorite episode of the entire first season follows Jules as she goes undercover in a sorority house. She invites Shawn and Gus to help as she investigates a series of bizarre events seemingly related to an earlier suicide at an insane asylum. 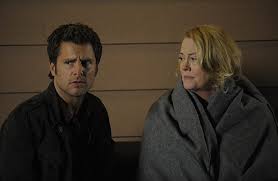 We could almost say this episode is where it all begins, but that would be a lie considering we’re in season three. This is, however, the introduction of Yang (Ally Sheedy). Yang is a serial killer who has set her sights on Shawn and those dearest to him. Shawn mistakenly suspects a psychologist (Mary, played by Jimmi Simpson) as Yang, but soon discovers that he is dealing with another deranged madman (or woman in this case) all together.

Things intensify on Shawn and Abigail’s date at the drive-in when Yang kidnaps Shawn’s mother (Madeleine Spencer, played by Cybill Shepherd). Will Shawn’s astute attention to detail save his mother’s life and allow him to capture Yang before it is too late?

As reminded by the Ion Television Psych Saturday evening marathons, “Mr. Yin Presents” is by far one of the best episodes to date. The episode begins when Shawn and Gus are reminded of a former foe – Yang. After she releases her new book, a book she has written from her new home inside an insane asylum, another familiar face returns (Mary, Jimmi Simpson). Mary insists that Yang was working with a partner, so Shawn and Gus agree to interview her hoping for answers. Yang gives them what they ask for – confirmation that she has a partner: Yin. Everyone is drawn into Yin’s game – a game consisting of scenes from classic Alfred Hitchcock movies. Shawn, Gus, Henry, Lassie and Jules are separated into different Hitchcock scenes, when both of Shawn’s loves (Jules and Abigail) are kidnapped. Who will Shawn choose to rescue and who will die?

Celebrating its 100th episode, Psych paid tribute to the 1985 classic, Clue. As with all of the “special” episodes, the show’s creators and writers went all out, honoring the film with the singing telegram, the dinner party at a mansion, the falling chandelier, and a party full of guests capable of committing murder—including the all-knowing butler and familiar faces from the original Clue movie. From the scurrying around from room to room, speculating who killed whom in which room and with what weapon, this episode was non-stop fun from start to finish.

And speaking of the finish… fans watching live were able to vote on just who they wanted the killer to be. My vote lost.

In addition to the actors featured from the movie (Martin Mull, Lesley Ann Warren, and Christopher Lloyd), the episode also starred many other familiar faces from popular ‘80s and ‘90s works: Curt Smith (Tears for Fears), Steve Valentine (Crossing Jordan), and Garrett Mims (the early days of Saturday Night Live). 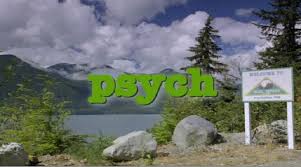 Shawn and Gus travel to Dual Spires looking forward to a cinnamon festival they learned about via a mysterious email, but instead find a murdered teenage girl wrapped in plastic down by the water. Together they join forces with the town’s sheriff to solve the murder.

We could go on and on about this episode. James Roday outdid himself writing this piece: he perfected the oddities of the characters from Lynch’s bizarre murder mystery from the ‘90s, Twin Peaks; he mimicked the eerie music and peculiar dancing to a “T”; and he incorporated a few of the Twin Peaks iconic elements such as the diner, the log lady, the caged bird, and the pie.

Every once in a while, Psych adjusts the opening theme song to appropriately fit the night’s episode. Needless to say, “Dual Spires” was one of those episodes – and the show’s creators invited Julee Cruise to sing the opening (that’s right! She also sang the Twin Peaks’ opening).

“Dual Spires” inspired me to write a “thank you” note to the producers of Psych at the USA Network. While I didn’t hear back from James Roday himself, I did receive an email from one of the producers thanking me for the kind words and assuring me that my note would please Roday, considering this episode was one of his creations. Maybe she never shared my note, but it doesn’t matter. I felt better expressing my gratitude for an episode VERY well done.

Do you watch Psych? What’s your favorite episode? I’d love to hear from you!