Staying in, wrapping up in a blanket, lighting a candle, and watching a movie makes for a perfect weekend evening in our house.  Due to the recent closures of most Blockbuster and Hollywood Video Stores, we slide our credit card into the vending machines dubbed Redbox and rent the new releases for $1 per night.

That’s right – $1 per night; that’s cheaper than racing to the theater for a hot new release or renting a movie via OnDemand.

So, what have we watched lately?  Two fabOoolous action-packed movies: X-Men First Class and Fast Five.

The fourth movie in the franchise, X-men: First Class takes us back in time; this prequel shares the story of how Charles Xavier (James McAvoy) becomes Professor X and how Erik Lensherr (Michael Fassbender) becomes Magneto. 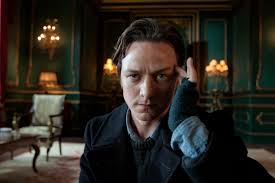 For those unfamiliar with the comics, the explanation of Charles and Erik’s friendship in First Class helps explain the first movies of the X-Men franchise.   Each and every one of the films is very enjoyable, but First Class really pulled us in. 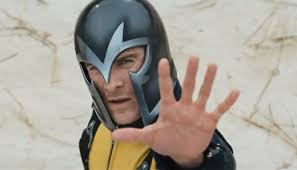 In addition to us learning about Professor X and Magneto’s early years, we meet the young and beautiful Raven, better known as Mystique (Jennifer Lawrence).  The movie also introduces a few of the younger mutants from the comic books and the first three films: Beast (Nicholas Hoult), a mutant ashamed of his abnormally large feet who takes a self-made potion that transforms him into a gigantic blue beast; Banshee (Caleb Landry Jones), a mutant with the ability to emit powerful supersonic sound waves; Darwin (Edi Gathegi), a mutant who transforms into any being to protect himself; and Havoc (Lucas Till), a mutant who absorbs energy and unleashes it in fire blasts to defend his friends. 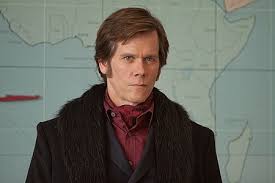 We also meet the evil Sebastian Shaw (Kevin Bacon) and his Hellfire Club members (aka the bad guys):  Emma Frost (January Jones), a telepath who also has the ability to mutate into diamond form making it impossible to physically torture her; Azazel (Jason Flemyng), a mutant who resembles the devil and can teleport back and forth surprising his victims; Riptide (Alex Gonzalez), a mutant with the ability to transform into a powerful whirlwind of dust like a tornado, or water like a cyclone; and Angel (Zoe Kravitz), a mutant who possesses the ability to fly and spit an acid-like substance.

Of course, there are a few humans in the movie like CIA agent Moira MacTaggert, played by Rose Byrne.  She is the one responsible for bringing Xavier’s team of mutants together.  She is also the one who opens the door to the mutant world with the US government. 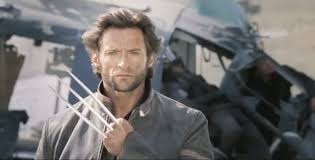 A nice and appreciated addition to the movie was the cameo appearances by Rebecca Romjin (the adult Mystique) and Hugh Jackman.  We can’t have an X-Men movie without Wolverine, can we? 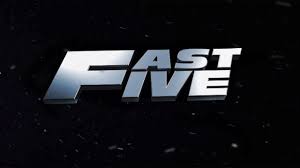 We love high-speed racing and action in this house.  The Fast and The Furious starring Paul Walker as Brian O’Conner, the undercover police officer sent in to gather evidence to arrest the illegal street racing ring leader, Dominic Toretto (Vin Diesel), gave us just that and absolutely rocked.

Despite the lack of Diesel in 2 Fast 2 Furious, we maintained interest as Brian works undercover again, only this time with the FBI to take down a drug lord (Cole Hauser) in an effort to redeem himself after falling in with Dom’s crowd. 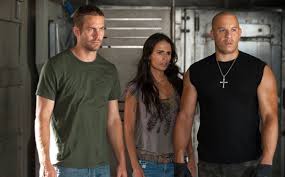 However, after The Fast and the Furious: Tokyo Drift in 2006, we almost wrote off the franchise.  Why have a Fast and Furious movie without Walker and Diesel?

Luckily in 2009, the series redeemed itself with Fast & Furious and brought back the franchise’s hotties, as well as other favorites including Leti Ortiz (Michelle Rodriquez) and Mia Toretto (Jordana Brewster).

Add Dwayne “The Rock” Johnson as federal agent Luke Hobbs, and Fast Five officially has the best eye-candy of the entire series.

Oh, and action…just not enough racing.  The scenes in which Dom and Brian acquire the necessary cars to take down the evil Brazilian crime lord Reyes were omitted; instead of showing us how they earn the pink slips to these vehicles, we just see the two return to their hideout with the cars.   Maybe these scenes were scrapped on the cutting room floor? 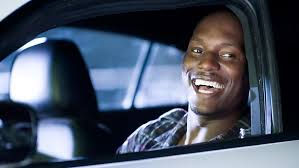 But what did we really, really enjoy about Fast Five?  Not only did we see the return of all the original surviving characters (no spoilers), but a few of our favorites from the past also join forces to help Dom and Brian, including: Tyrese Gibson as Roman Pearce (from 2); Chris “Ludacris” Bridges as Tej Parker (also from 2); Matt Schulze as Vince (from 1); Sung Kang as Han Seoul-Oh (from 4); and for the men, Gal Gadot as Gisele Yashar (also from 4).

Making up for the lost pink-slip racing mentioned before, the heists at the beginning and at the end are action packed and fabOoolous.  Viewers watch Brian, Dom, and Mia steal cars from a moving train, and later witness Dom and Brian’s synchronized driving sequence, which is unlike any other.

Oh, and don’t turn off the video before the end of the credits….just sayin’.    Something is in the works.

Overall, X-Men: First Class and Fast Five are both definitely worth a watch; definitely worth spending a $1 at Redbox.  The action, special effects, relationships, backstory (in First Class) and continuing story (from Fast Five) are even worthy of the more expensive video rental via OnDemand .

What do you think – have you watched X-Men: First Class or Fast Five?  Which of the X-Men characters is your favorite and why?  What about the Fast and the Furious men (or women, let’s be fair)?

Have you checked out Redbox yet?  Any other new releases we should rent?  I’d love to hear from you.