Welcome to today’s special edition of Why It’s Worth a Watch Wednesday, where Amber West and I recap our previous ratings.  We’ll reveal what we’re still watching, and whether or not our ratings remain the same.

Previously, MTV’s Teen Wolf earned a MacTV rating – it wasn’t perfect, but it satisfied like most guilty pleasures.

Since the original review, seven new episodes of Teen Wolf have aired, and it is still an extreme guilty pleasure.   The audience has learned more of the back-story behind the Hale family of werewolves and the Argent family of werewolf hunters.  The show has entertained us with magic, twists and turns, and most importantly revealed the identity of the big-bad alpha wolf.

Considering the target audience is composed of teens and young adults, this thirtysomething can’t get enough.  Therefore, I am moving it up in the ranks and giving Teen Wolf a GTV rating.  Teen Wolf is this summer’s new gourmet program – especially for those Vampire Diaries fans going through withdrawal.

TNT’s Franklin & Bash is another show that is moving up in the ranks.  This previous MacTV rating definitely deserves an upgrade to an entree’s GTV rating.  While the courtroom antics may not be entirely believable, this television program delivers a bone-in filet flavor.

Is anyone still playing “Name that Co-Star” game with me?  Remember how to play?  Name as many of Gosselaar’s former TV co-stars that make a guest appearance.  So far, we’ve seen Garcelle Beauvais…..can you name another?

Let’s change the objective just a tad: How many child/teen stars of the ‘90s will land a guest starring role in Franklin & Bash?  We saw “The Beek” or “Dawson” as some may remember just last week.  Anyone else? 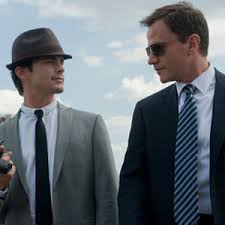 Speaking of gourmet television, Burn Notice, Leverage, and White Collar remain at the top of the GTV rating scale.  These shows on USA and TNT are full of all the best ingredients: drama, comedy, budding relationships, intense loyalty and friendships, beautiful people, explosions, trickery, and individual storylines plus ongoing intrigue.

Every week promises some of the best programming available – summer, fall, winter, or spring.  Enough said. 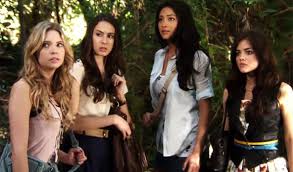 As apparent by the previous reviews, Mac and Cheese is one of my favorite guilty pleasures.  Curling up with a warm bowl in front of the TV to watch ABC Family’s Pretty Little Liars is like taking a hot bath with a glass of wine, a gigantic piece of chocolate cake, and a great mystery novel.

We’re approaching the end of season two, and this teen drama has this particular viewer completely bamboozled.  I have an inkling of an idea as to the identity of “A”, but not enough to voice my opinion here.  What does that say about the mystery? 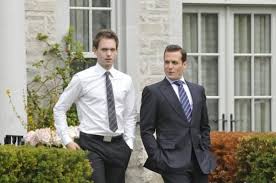 The USA hit Suits is another one keeping its original MacTV rating.  We normally watch the same day as the program airs, but I can’t quite elevate it to the GTV status.

We finally saw one shoe drop this past week when the paralegal learned that Mike took the LSAT for a close friend.  Will his secret come out?  It has to, right?  A college dropout can’t portray a first year associate for long, not even with perfect recall.  Can he? And, would a senior partner really keep up with this charade?

The only JFTV rating, TNT’s Memphis Beat, remains junk-food television.  Memphis Beat is one show that has failed to impress me week after week.  Not to misunderstand, some weeks are great, like when Dwight and his mother traveled to New Orleans to face his father’s killer in prison.  But, unfortunately, other episodes could technically be watched with the trigger finger locked into place on the fast-forward button.

The character of Whitehead is very different this year.  His quirkiness from season one is gone, and serious Whitehead just isn’t the same.  Honestly, if Jason Lee weren’t the star, Memphis Beat might fall to a NIV rating – NyQuil induced viewing.  Like junk food, I take a taste only when I really need that fix.

A few weeks ago, SyFy’s Alphas earned a SSTV rating definitely showcasing its potential, but it was still too early to tell.  Only two episodes have aired since, and I continue to be pleasantly surprised with the series start.

Last week, the alphas hunted another of their kind with a pheromone problem – when encountering danger or a stressful situation, he released these little buggers into the air that caused everyone in the near vicinity to go crazy.  Who wouldn’t’ like that power?

What’s more impressive, we’ve already seen a recurring character die, and the mystery behind the alpha holding facility continues to grow.  I’m keeping with the SSTV rating, but the new episodes haven’t been simmering long on the DVR before watching.

Have our reviews tempted you to try any of this summer’s television shows? What is your favorite? Does any one network rank supreme against all others?  We’d love to hear from you!

Now click over to Amber’s recap of her Why It’s Worth a Watch Wednesday special edition.  Is she still watching all of her programs?  Has her opinion changed at all?

Come back next week for a special NetFlix edition as Amber and I share a few of our favorite shows to watch marathon-style.

Remember to stop by the #watchwed hashtag in Twitter to discuss any of today’s reviews, or to mention any television programs that you’d like to see on Why It’s Worth a Watch Wednesday in the future.  We’re currently working on our August and September schedule and would love to chat with you!