Over the past few weeks, Amber West and I have reviewed some of the new television shows to the 2012 fall schedule.  And, while we could keep going, we’ve decided to switch things up a bit.  For the first time ever, we’re comparing two similar TV programs and chiming in as to which one we prefer and why.  This may sound like what we do every single week, but it’s different—because we’re BOTH reviewing BOTH shows at the SAME time!  Will we agree or disagree?

First up, the battle of the television fairy tales: Grimm versus Once Upon a Time.

In case someone isn’t familiar with one or both of these dramas, here is a brief synopsis of each:

We’ve all heard of Grimm’s Fairy Tales, right?  Grimm follows Detective Nick Burkhardt (David Giuntoli) as he balances his life solving murders and learning that he comes from a long line of criminal profilers (Grimms) responsible for protecting the people of the world against the supernatural.

Nick tries to protect his girlfriend (Bitsie Tulloch) and his homicide partner (Russell Hornsby) by not telling them the truth about his family lineage and his newfound responsibilities.  Instead, he turns to a reformed Blutbad (werewolf), Monroe (Silas Weir Mitchell), for help understanding the mythology in order to protect the world as he knows it. 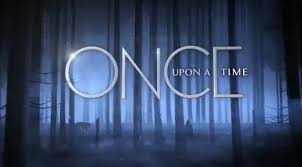 Once Upon a Time stars Jennifer Morrison as bail bondsman Emma Swan.  Her ordinary life takes a bizarre turn when Henry (Jared Gilmore), the son she gave away a decade ago, arrives claiming that according to his fairy tale book, she is the missing daughter of Snow White and Prince Charming.

Emma takes the imaginative Henry back to his hometown of Storybrooke, where she finds herself unusually attracted to the town.  If the townsfolk are indeed fairy tale characters, they do not recollect their former world and they go about their day-to-day lives like all humans.  But, Emma can sense that something is not right.

Will she accept her destiny and return the magical balance to the charmed city?

Other notables: Once Upon a Time also stars Ginnifer Goodwin as Snow White/Mary Margaret; Joshua Dallas as Prince Charming/John Doe; Lana Parrilla as The Evil Queen/Regina; Robert Carlyle as Rumpelstiltskin/Mr. Gold; and Giancarlo Esposito as the Evil Queen’s Magic Mirror/Sydney.

Now that we have the basic storylines covered, what about these two programs stands out?

In the pilot, Grimm hooked me immediately with the attention to detail.  The dialogue was witty, with lines tying perfectly into the episode’s fairy tale (Little Red Riding Hood).  The selected music symbolized what the main character, Nick, was going through by playing both the Eurythmics and Marilyn Manson versions of Sweet Dreams—“I’ve got to know what’s inside you.”  But, overall, I was probably most impressed by the special effects… watching a seemingly normal human transform into a beast/creature/monster.

Once Upon a Time’s imagery is absolutely stunning.  The costumes, colors, and setting resemble exactly what we’ve imagined since we were small children reading fairy tale books.  The setting and story transitions between the modern-day town, where the characters are “stuck,” and the fairy tale world, which reminds me of a Disney period piece like Pirates of the Caribbean or Cinderella.  Most of the characters are very familiar classic fairy tale characters, and the magic of the fairy tale world is just that—magic.

So, which one do I prefer? 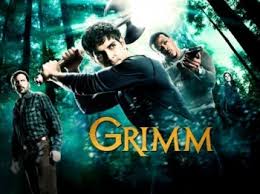 Absolutely nothing against OUAT, but I prefer Grimm.  Not only is the series a police procedural with a different case assigned to the detectives each week, but I’m enjoying watching Nick grow as a Grimm.  For the first time, not all of the Wesen (creatures) have reason to fear the Grimm; that’s not to say Nick doesn’t slay the “bad” ones, but he also builds friendships with the “good” ones.  Nick is not a killer; he’s a cop and serving and protecting is his duty—whether he’s protecting human or not-so-human.

Why do I keep coming back for more?  I’m still trying to figure out what Nick’s and Hank’s boss, Captain Renard (Sasha Roiz), is up to and exactly how bad is family is, especially his brother (James Frain); I love Hank’s involvement, especially now in season two (I don’t want to give too much away);   I want to see the Hexenbiest (Claire Coffee) get what’s coming to her;  Monroe (Silas Weir Mitchell) always makes me laugh; and Nick’s character continues to grow on me… particularly how his fighting skills seem to have improved over night.

Of course, that’s not to say there aren’t a few aspects of the show I could do without…

For instance, take Juliette’s sudden amnesia surrounding Nick and only Nick, courtesy of the Hexenbiest’s curse.  It seems so predictable and it’s dragging on.  All I have to say is Nick is a really patient man.  Plus, the idea that Juliette and Nick’s boss now have this undying attraction for one another, again because of the spell, is a bit much.  If last week’s episode is any indication, let’s hope this story gets put to rest and soon…

Also, the addition of Rosalee (Bree Turner) as a love interest for Monroe is lacking.  Don’t get me wrong; I want Monroe more involved and having a lady-friend is great, but sometimes the storyline seems a bit weak and too forced.  Of course, the addition of Rosalee’s Wesen spice shop is a nice touch… I’m just saying the character and relationship could be developed more.  I have a feeling the creators and writers are covering up a real-life pregnancy for the actress right now, so let’s hope that once she’s back at work full-time her character gains momentum.

But, in all honesty, these two complaints are not enough to keep me from watching Grimm.  It has become our Friday night show.  My guy and I watch it side by side and we both enjoy it.  There’s nothing “sweet” about this fairy tale, which is exactly how I like it!

What do you think?  Do you prefer Grimm or Once Upon a Time?  Why?   I’d love to hear from you!

Now click over to Amber’s new & improved blog and see which of the television fairy tales she prefers.  Did we agree or disagree?  Trust me; we usually have very different tastes when it comes to our favorite television shows…

Come back next week when Amber and I review something….  Stay tuned!