I’ve not kept the fact that I love ABC Family’s teen mysteries a secret.  Heck, I’ve only blogged about Pretty Little Liars at least five times.  The ongoing questions have me hooked: Who killed Alison? Who is leading the “A” team? How do they have so much dirt on Aria, Hanna, Spencer, and Emily? Why do they continue to torture these girls—what could they have possibly done to deserve this? 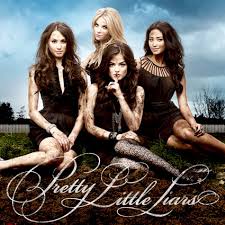 One can only assume that the “A” team is composed of primarily teens (Mona and Toby for example) and young adults (I’m convinced Melissa is in on it as well), so how is it that they know the deep-dark secrets of the girls’ families too?  No one is safe on this show; not the teens, not the parents, and I love it!

With every episode of Pretty Little Liars, the questions keep coming.  And every once in a while, we get answers… but not many before the show breaks for hiatus.  I hate the mid-season hiatuses.  I can’t stand waiting for the new episodes to return.  However, I do appreciate ABC Family’s seasonal run—they split each season up, usually airing new episodes in the winter and in the summer, instead of the traditional September through May like the major networks.  And more times than not, we can expect a new one-hour special, usually around Halloween, that keeps with the story and introduces more mysteries to us. 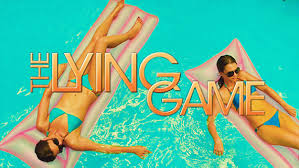 And because I enjoy Pretty Little Liars as much as I do, I decided to give The Lying Game a try last year when it premiered.  While this teen drama didn’t start out as a murder mystery, we have seen a few dead bodies since…

I can’t say I like The Lying Game as much as I do PLL, evident by the fact I’ve only blogged about it twice, but I do watch the new episodes every week.  Similar to PLL, The Lying Game is riddled with questions:  Who is the twins’ biological mother?  Who is the twins’ biological father?  Why were they split up at birth?  And who split them up?  How could Sutton have turned out so nasty (she really is a Queen B) in such a loving household, and Emma so sweet when she was bounced from one horrible foster family to another?

One by one, most of TLG‘s secrets have been answered; and as they’ve been revealed, I have literally found myself with goose bumps (while some have sadly been predictable).  But don’t be fooled; once a truth is uncovered, another mystery opens.

So, it’s because of the allure and success of these two teen programs that I plan to watch ABC Family’s newest mystery coming this June—Twisted.

Twisted follows Danny Desai (Avan Jogia, from the popular Nickelodeon series, Victorious), a troubled teen recently released from juvenile detention after serving five years for his aunt’s murder.  Looking for redemption, Danny immediately reconnects with two of his best girl friends from his past—Jo (Maddie Hasson, from The Finder) and Lacey (Kylie Bunbury).

Since Danny’s conviction, Jo has had trouble moving on and is considered by many as a social outcast, while Lacey has left her past behind… for popularity and a new boyfriend.  Bringing this group back together doesn’t go as smoothly for Danny as he had hoped, especially after a classmate is found murdered and he becomes the prime suspect—again. 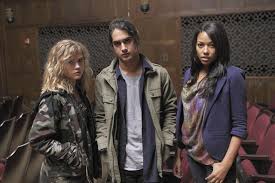 As mentioned before, Twisted premieres this June on ABC Family.  But tonight (March 19th), following the Pretty Little Liars winter finale, we can watch a special Twisted sneak preview.  My DVR is already set!

Are you an ABC Family fan?  Do you plan to check out the new teen mystery, Twisted?  I’d love to hear from you!