This week, Amber West and I switch things up yet again and review two of TV’s hot new science fiction dramas on TNT and SyFy.

Over the past few years, the SyFy network has rivaled the basic television channels with their original series such as Battlestar Galactica, Stargate SG-1, Stargate Atlantis, and Andromeda which all aired for at least five years each.

Today, SyFy has found new must-see television with series Being Human, Eureka, Warehouse 13, Haven, and Sanctuary, which is why when Alphas premiered July 11th, our household couldn’t resist checking it out.

Alphas follows five people who have super human abilities.  Together, they track and study other Alphas while also working with local law enforcement to ensure that other Alphas misusing their powers are sent to “The Compound” and kept off the streets.

Each Alpha has a neurological difference providing them with an exceptional advantage over humans.

Would you like the strength to physically move a car blocking your path? 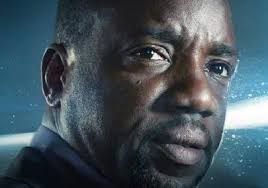 Meet Bill – a hyperadrenal-Alpha with super strength and training as a former FBI Agent, played by Malik Yoba (New York Undercover).  Bill reminds me of the Hulk, only he sweats profusely when his power is activated.

Have you ever dreamed of pitching a perfect game?  What if you could master the art every time you stepped on the baseball mound? Or, what about the ability to toss a quarter into the vending machine change slot from ten feet away? 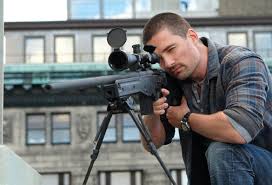 Meet Cameron – a hyperkinesis-Alpha with perfect aim and motor skills, as well a history as an army sniper, played by Warren Christie (October Road).  Cameron appears vulnerable despite his physical stature.  He’s haunted by his failed marriage, and he misses his son desperately.

Would you like the ability to manipulate your way out of a speeding ticket by simply making eye contact with the traffic officer?

Meet Nina – an influencing-Alpha who manipulates others with her power of persuasion, played by Laura Mennell (Blood Ties and the motion picture, Watchmen).  Nina is absolutely beautiful, and she drives a new “borrowed” sports car in each episode. Now that’s what I call a super power!

Have you ever wished that you could intercept the audio waves of a cell phone call so that you could hear the entire conversation taking place in front of you?  Or wish that you had the ability to read someone else’s text messages from a distance?

Meet Gary – a transducing-Alpha or human antennae that can intercept any sound or radio wave, played by Ryan Cartwright (Bones).  Gary is always maneuvering his fingers through the air as he enjoys the different internet feeds, audio waves, etc.  He lacks a sense of humor, and the ability to lie.  I almost wonder if he has a form of autism.

Would you like the ability to eavesdrop on conversations taking place about you when you’re not around? How about the super power of microscopic vision? 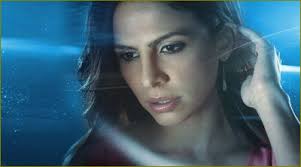 Meet Rachel – a synesthete-Alpha, the most vulnerable of the Alphas with the ability to strengthen one of the five senses while leaving the other four useless, played by Azita Ghanizada (General Hospital: Night Shift).  Rachel’s powers are simply amazing, and she plays a large role in the investigations, yet she takes a back seat to her family.  Her current family drama surrounds their disagreement on arranged marriages. 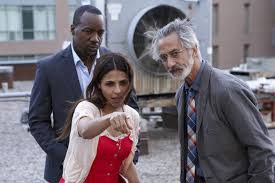 In the pilot, the Alphas help local law-enforcement officer Don Wilson (Callum Keith Rennie) solve the shooting of a federal prisoner locked inside a sealed interrogation room with no windows.  The investigation leads the team to the “The Ghost”, an Alpha with the power of persuasion via direct contact.  The extremist group known as “Red Flag” was also introduced as the main threat to the Alphas, and should return throughout the season as the Big Boss Trouble Maker.

The upcoming season promises to reveal more threats to the Alphas, and will test the Alphas loyalties to one another.

After only two episodes, I give Alphas the rating of SSTV (Still Simmering TV): It has potential, but the jury is still out.  I was pleasantly surprised with the series start, and will definitely give a few more episodes a try before removing from my DVR.

If you could have one super power, what would it be and why? What do you think about Alphas? Has SyFy found another hit series?  Does it remind you of Heroes?  I’d love to hear from you!

Now, click over to Amber’s review of TNT’s Falling Skies where Noah Wyle battles aliens and machines trying to protect our world’s children.  What are those spike things the aliens attach to the children’s spines?  YUCK!

Come back next week for another quadruple special – Amber reviews the summer’s medical programs: TNT’s Hawthorne and USA’s Royal Pains, and I take on the summer cons: TNT’s Leverage and USA’s White Collar.

Last, but certainly not least, did your favorite TV shows make the Emmy nomination categories?  Vote here for the 1st annual Tamberny awards.  Leave a comment by July 29th and you could win blog linkage on my special Tele-Tuesday Siskel and Ebert style Emmy breakdown where Amber and I promise to not agree!