Fall television 2011 has brought us a large lineup of many new programs to accompany our returning favorites.  These new shows hope to find a permanent home on the networks, while some have already vanished from the TV schedule (R.I.P. The Playboy Club and Free Agents).

Not everyone watches as much television as this crazy girl.  So, after giving almost all of the new shows a try, I’ve picked a few that have definitely peaked my interest.  For those of you with just enough time for a few programs a week, this is for you!

Revenge stars Emily VanCamp (Everwood) as Amanda Clarke/Emily Thorne, a young and beautiful addition to the rich and prestigious Hamptons.   However, Emily’s arrival isn’t her first trip to the neighborhood…

When she was a little girl, Amanda and her father lived in the quaint beach house next door to her father’s boss and his mansion.  Late one night, Amanda’s father was ripped away from her for crimes that later sent him to prison for the rest of his life.

Not necessarily believing in his innocence, Amanda rebelled and spent time incarcerated herself.  The day Amanda was released from her own prison, she was greeted by a stranger with life changing news: her father was dead, he had been framed, and she was now filthy rich.

Amanda’s father believed in and secretly invested in a young man named Nolan Ross (Gabriel Mann) when no one else would.  Nolan awarded Mr. Clarke forty-nine percent of his company in return for the investment, and his investment was now worth millions.  When Amanda’s father died in prison, all of his assets were awarded to Amanda.

But something greater came with these riches – a map and information on each and every person responsible for framing her father and sending him to prison.  Amanda assumes a new identity as Emily Thorne and sets her plan in motion vowing revenge against those responsible – primarily the Grayson family.

After establishing herself around the world as an educated and philanthropic young lady, Emily returns to the Hamptons and rents the beach house where she spent time with her father; the house where he was so abruptly taken from her.

But who are Emily’s prime targets?  Conrad Grayson (Henry Czemy), the CEO of her father’s company who spearheaded the entire take-down, and the CEO’s not-so-loyal wife who stood by and watched her lover taken away in handcuffs (yea, you read that right – love triangle 101), Victoria Grayson (Madeleine Stowe).

How will Emily destroy the Graysons?  Will she involve their son, Daniel (Joshua Bowman); the man she’s slowly but surely seducing?  The pilot episode began at Emily and Daniel’s engagement party before rewinding to Emily’s arrival in the Hamptons….so probably.

Will Emily confide in anyone other than Nolan?  How about her childhood friend Jack Porter (Nick Wechler) who adopted her puppy and named his boat Amanda? 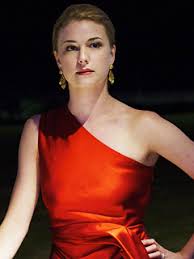 Do you watch Revenge?  What do you think?  The series claims to be loosely based on the Alexandre Dumas’ novel, The Count of Monte Cristo – do you see any parallels?  I’d love to hear from you!

Come back next week for more top performers that have peaked my interest this television season.

32 Replies to “Tele-Tuesday: Revenge is Sweet…”